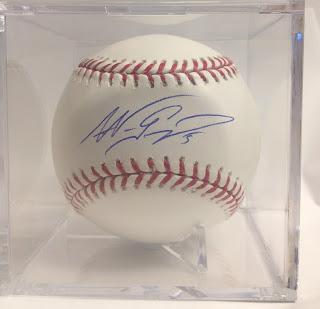 Nomar was kind enough to sign this ROMLB for me on the sweet spot while doing commentary for ESPN at an Angel game. I was really excited to meet him as he was one of my favorite players growing up, and he was generous enough to add the trademark number 5 under his name. This is definitely going in my collection next to my other favorite pieces forever.
Posted by RJ at 4:30 PM