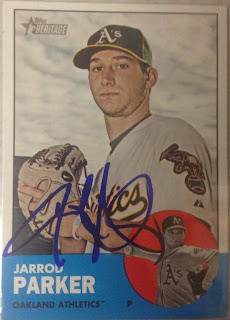 I was able to get Parker to autograph this 2012 Topps Heritage card for me after he pitched in the Angels home opener for the 2013 season. For those of you curious about different signing habits of specific players every time I've seen Parker sign autographs he is firmly a "one per" kind of player so don't go out with a big stack expecting him to knock them out or hope to get a ball and card done.
Posted by RJ at 2:00 PM 1 comment: 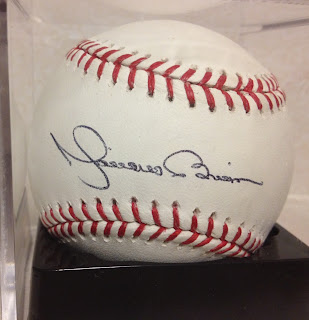 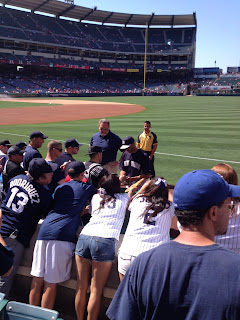 As a final note, it was great being able to get Mariano's autograph next to my good friend well known grapher David who got a great item signed. Last year we were able to get Derek Jeter's autograph together and this year Mariano, it'll be great to see who we can get together next year.
Posted by RJ at 10:28 PM 1 comment:

One benefit for the Astros switching leagues is that I had the opportunity to collect the autograph of an ace of my childhook "El Presidente" Dennis Martinez, the first Nicaraguan player to make it into the MLB player and one of the most successful Latin American pitchers to play in the MLB. He was signed by the Baltimore Orioles in 1973 and debuted in 1976. His career would stretch until the end of the 1998 season when he would finally retire after playing for the Orioles, Expos, Indians, Mariners, and Braves.

His career line wasn't enough to put Dennis Martinez in the Hall of Fame, falling off the Cooperstown ballot in his first year of eligibility but he is definitely worthy of the Hall of Great. He retired with a 3.70 ERA and 2149 Strikeouts supporting 245 Wins. He was a 4-time All Star, won the 1983 World Series with the Orioles, and of course threw the 13th Perfect Game in MLB history against the Los Angeles Dodgers on July 28, 1991 for the Montreal Expos. 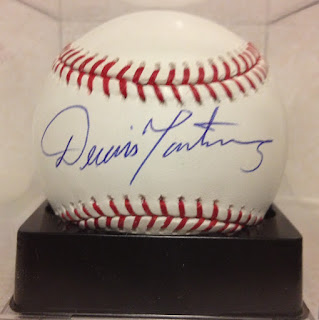 Mr. Martinez was kind enough to autograph and sweetspot this baseball for me before an Angels vs Astros game during the 2013 season. I think he's got a great looking signature and it's definitely one I was very happy to add to my collection. If Jack Morris gets into Cooperstown with such a similar career by way of BBWAA voting I'd be very surprised. Maybe you give him more credit for helping to win more World Series and of course the legendary Game 7, but still I'd be a bit surprised considering how many sure thing players are currently on the ballot.
Posted by RJ at 8:24 PM 1 comment: 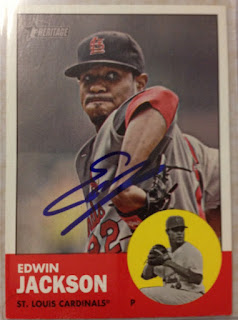 I was able to get Edwin's autograph on this 2012 Topps Heritage card during the Cubs vs Angels series in 2013.
Posted by RJ at 7:38 PM No comments: 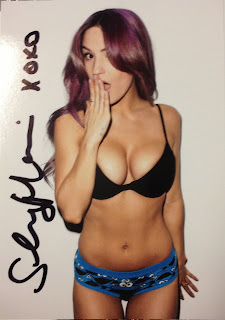 For more ridiculously good looking photos of Shay Maria looking obscenely hot you can check out my posts here and here. I'm going to put these three prints framed up with my KIC Spacey Print together and enjoy the view. I'm pretty sure this is the hottest Shay Maria print and definitely my favorite one of her. Ps. Shay Maria's instagram is definitely worth checking out.
Posted by RJ at 3:30 PM No comments: 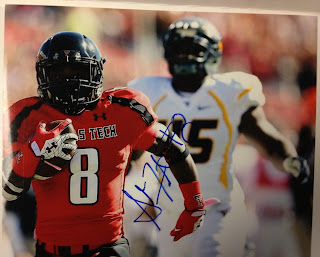 SaDale autographed this 8x10 photograph for me and I'll happily add it to my collection of hometown athletes making it to the next stage with me hopefully asking him to sign one again with him in a NFL jersey.
Posted by RJ at 3:12 PM No comments: