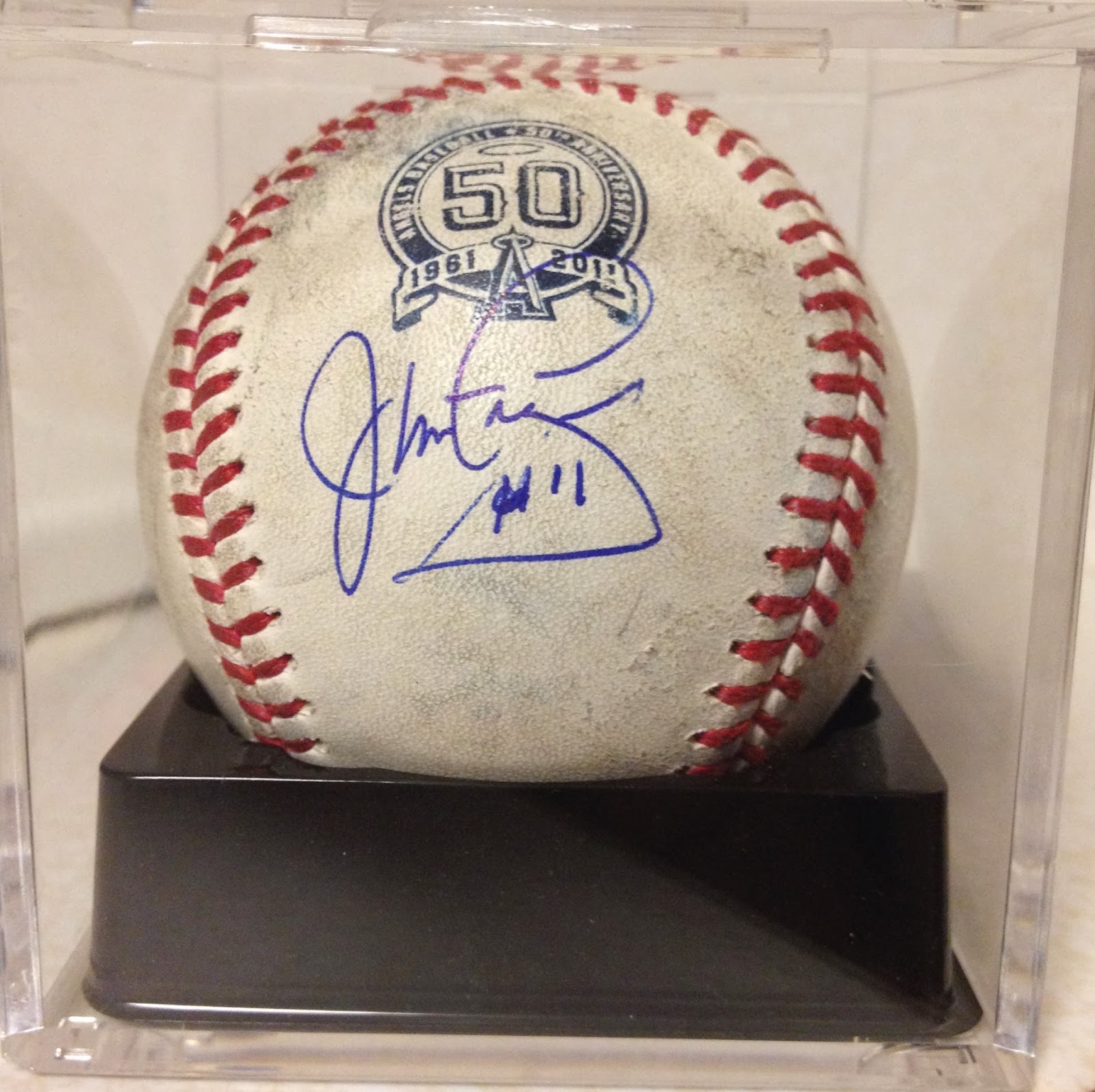 Jim Fregosi autographed this Angels 50th Anniversary baseball for me on the way into a game at Angel Stadium to scout the Angels for the Braves during the 2011 season.
Posted by RJ at 7:10 PM