I made the trip down to San Diego to graph the Atlanta Braves. I made a silly mistake and neglected to bring with me a card for the broadcast crew as there was Hall of Famer Don Sutton working for them. I was able to get ahold of a card down there from another grapher for a buck in case I had the chance to get Sutton.

Sutton pitched for the Dodgers from 1966-1980 and made his way to the Astros, Brewers, Athletics, Angels and finally back to the Dodgers for a final retirement season in 1988. His numbers are standout at 324 Wins supported by a 3.26 ERA and 3,574 Strikeouts. Throughout his career he was however only a 4-time All Star, though he was the MVP of the 1977 All Star game. His number 20 was retired by the Dodgers  in 1998 the same year he was inducted into the Hall of Fame as the only inductee into Cooperstown that year. 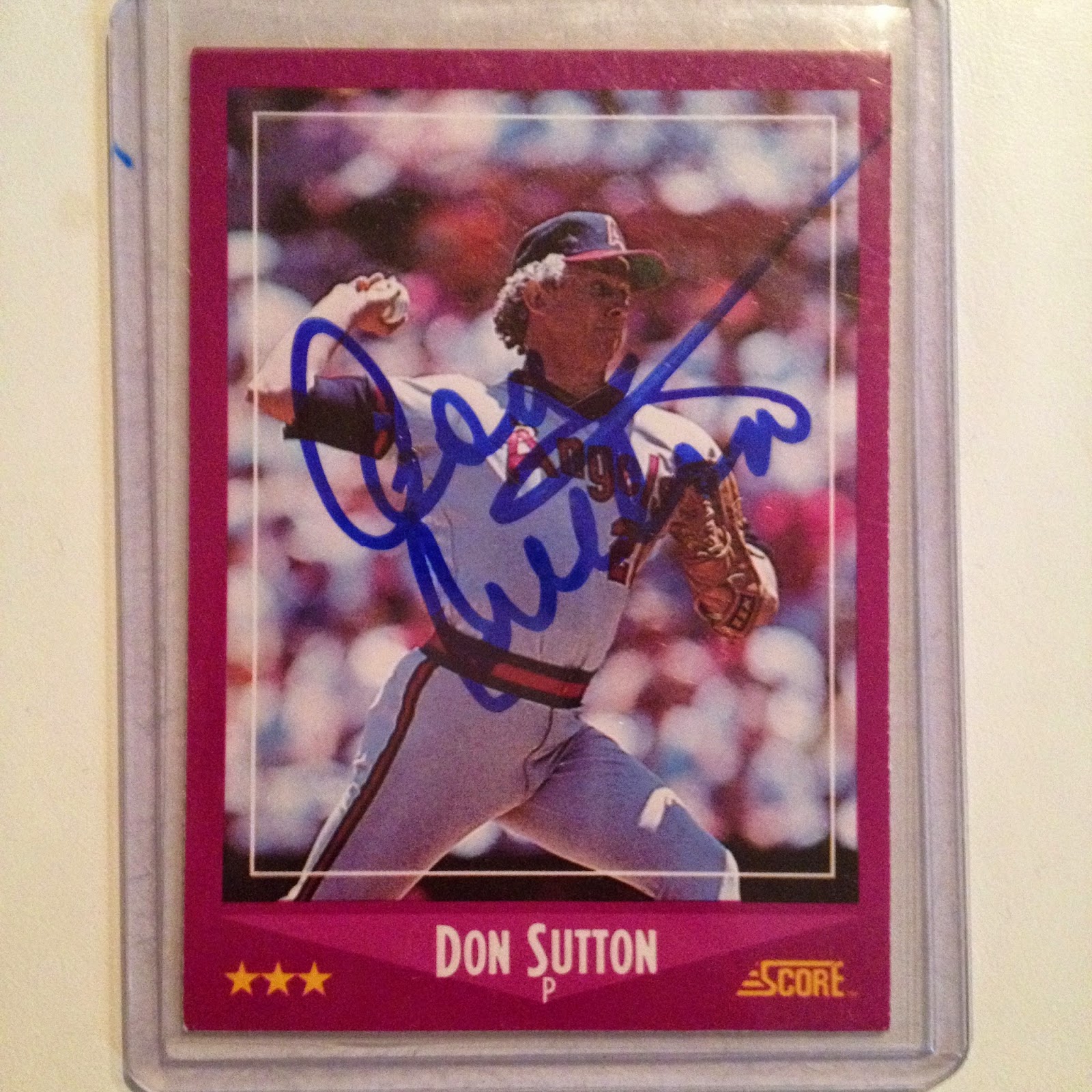 I got this Don Sutton autographed 1988 Score card by literally accidentally walking into Mr. Sutton in the street after the game. It was a nice surprise pick up and its always a good day when you can add a Hall of Famer to your collection.
Posted by RJ at 8:31 PM