I went with my buddy David to Javale Mcgee's 1st Annual Juglife Celebrity Softball game held at UCLA's Easton Softball field. The game was an affordable graph costing only $15 to get inside, and all proceeds were supporting Juglife's bid to fundraise to support their efforts in 2015 to go build wells in Uganda to provide clean water. It's a great cause and McGee's doing good things raising awareness about an issue that may seem basic but is fundamental for life in that part of the world. 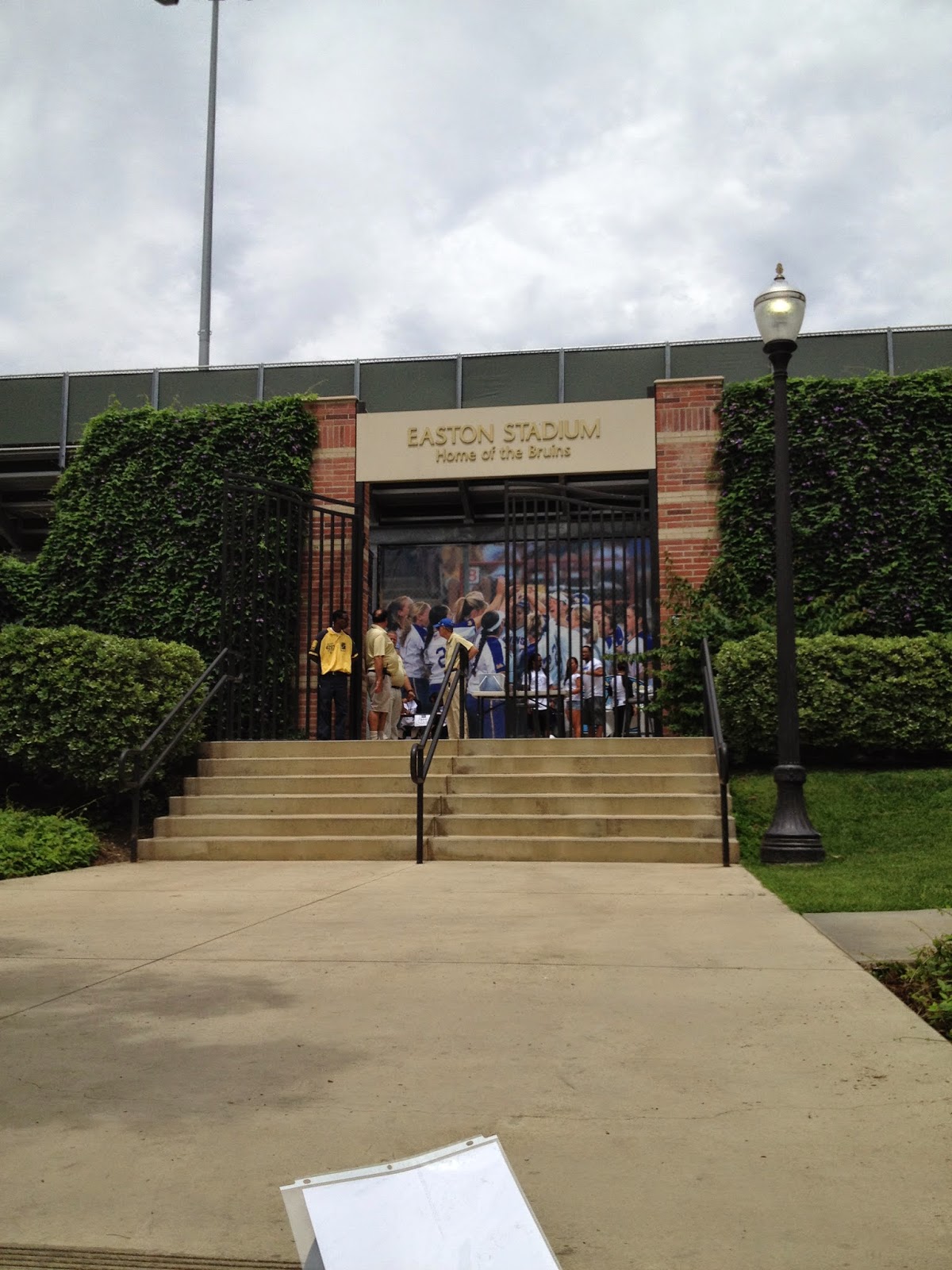 Before the game got underway I was able to get NBA center and surprise guest Andre Drummond's autograph on a floorboard piece after he was dropped off at the game. It was nice to get on the board after having struck out with Nick Young declining to sign for me on the way in. 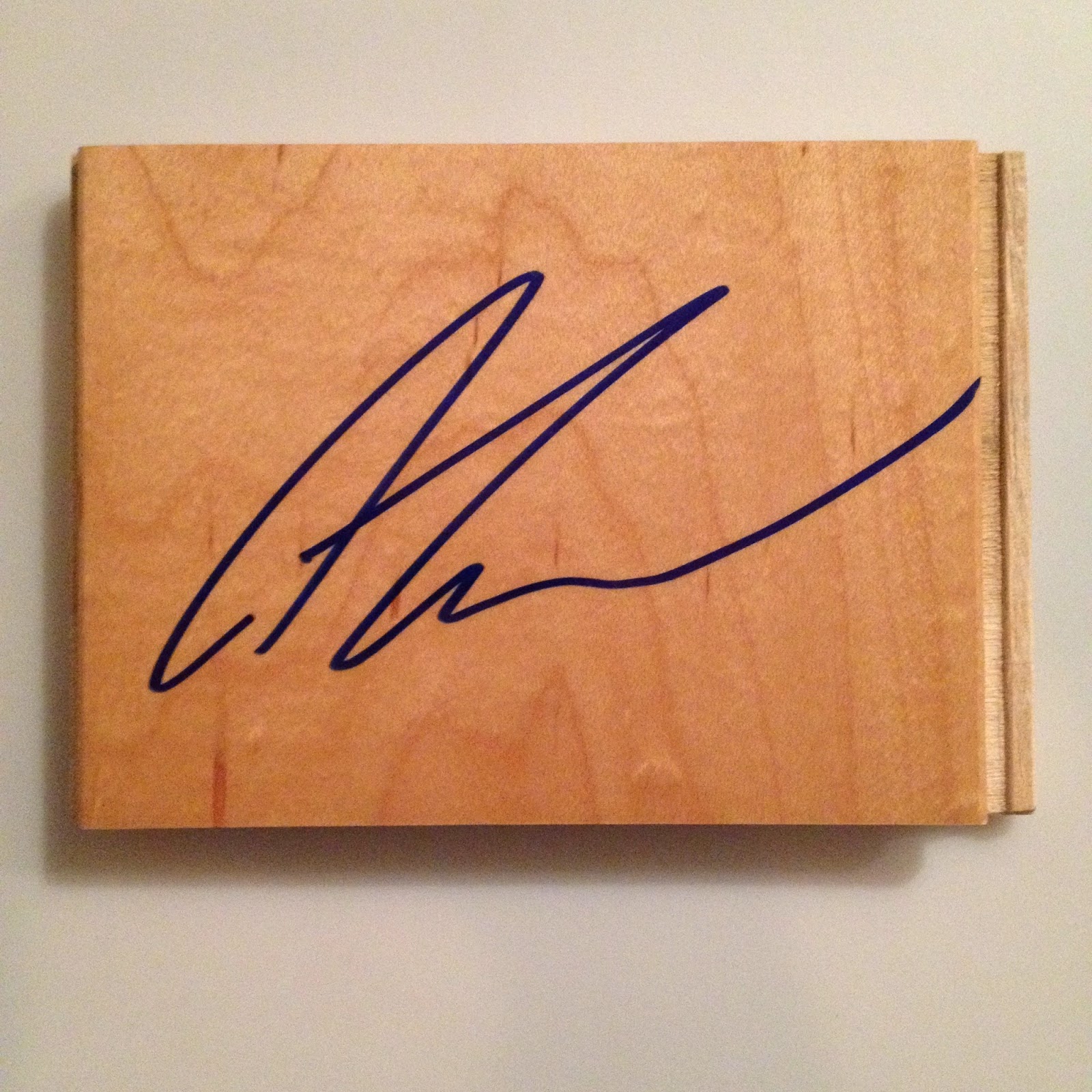 After Drummond arrived I was able to get Denver guard Ty Lawson's autograph when he arrived to support his teammate's cause. Lawson showing up was awesome since he didn't come to play just to hang out and put his support behind Mcgee. 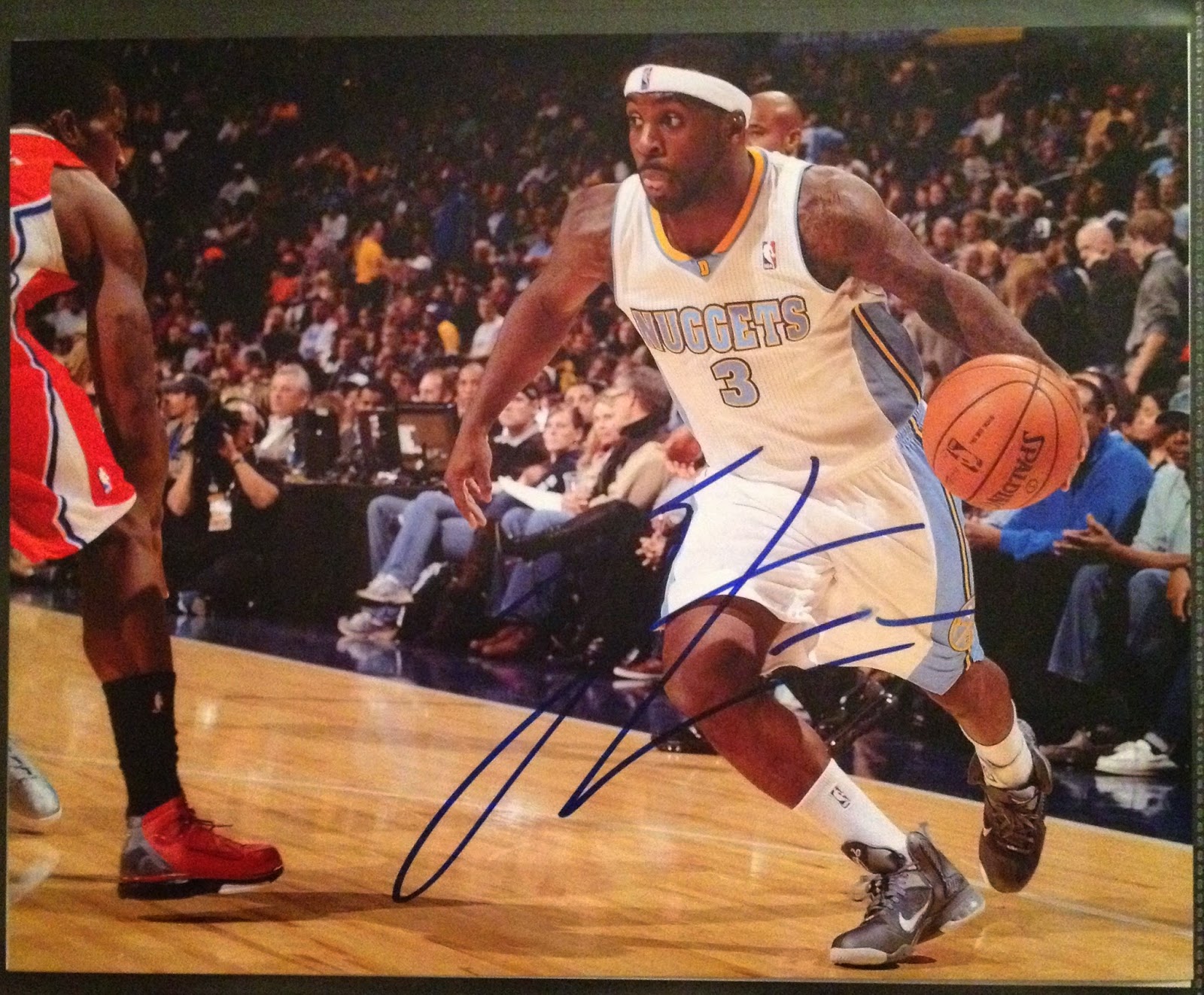 After Lawson showed up I went inside caught the rest of the game to watch the celebrities play ball. It was a blowout game and it even made the wire with Ray J making it on TMZ for blowing over Laura Govan on his way into 3rd base. 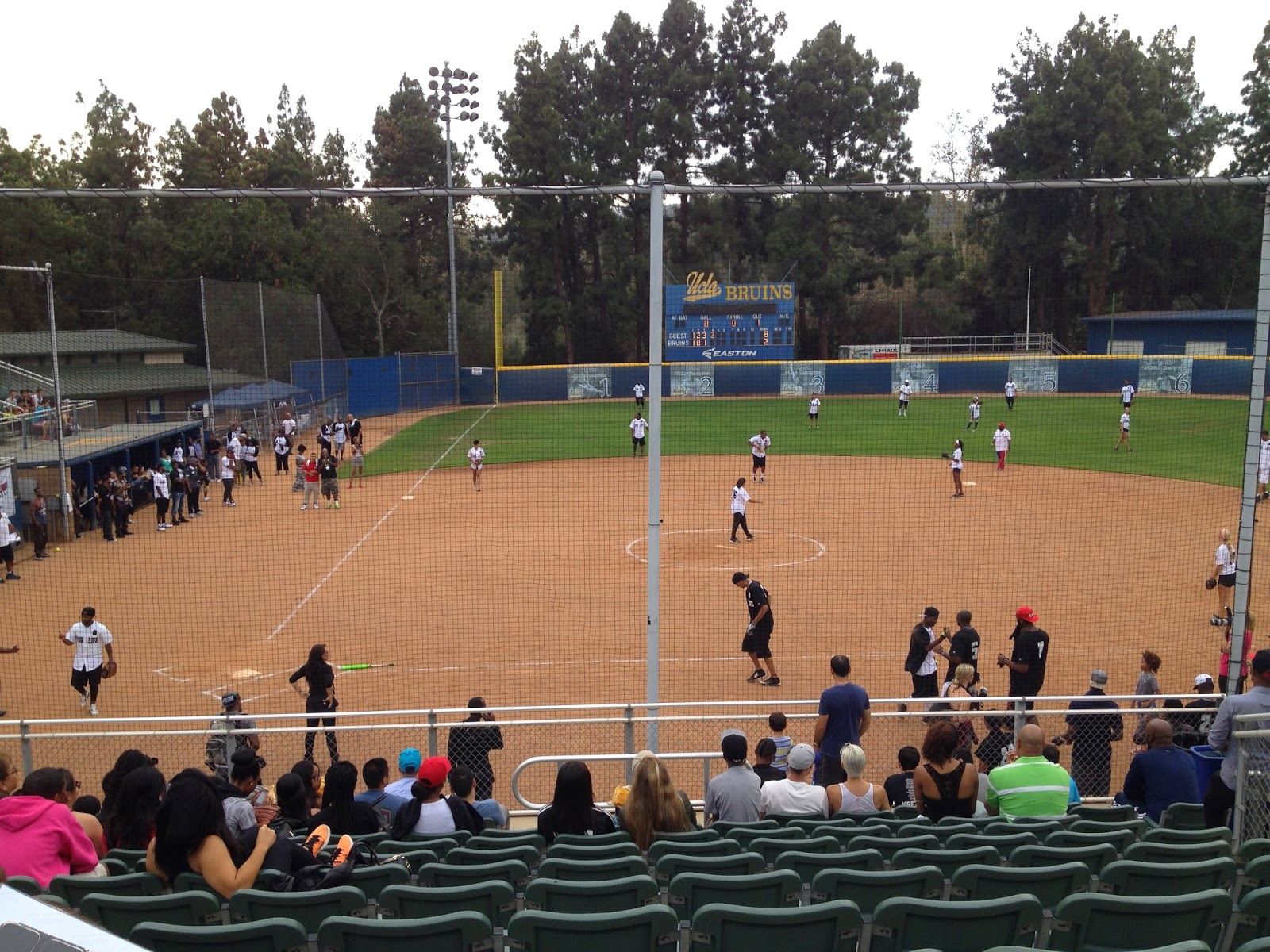 When the game wrapped up the Juglife crew set up some tables and the majority of the athletes came over and sat at the tables to sign autographs. John Wall and Nick Young had shown up to the event but they took off quickly without stopping at the tables to sign. Young only signed a few and Wall signed a bit before he came into the event, but I wasn't able to get either of their autographs.

At the tables Andre Drummond started signing but since I already got him and hadn't prepped for him I didn't get another floorboard signed. The next guy was the man himself, Javale McGee autographed two 8x10's for me. The first one was of him participating in the slam dunk contest. 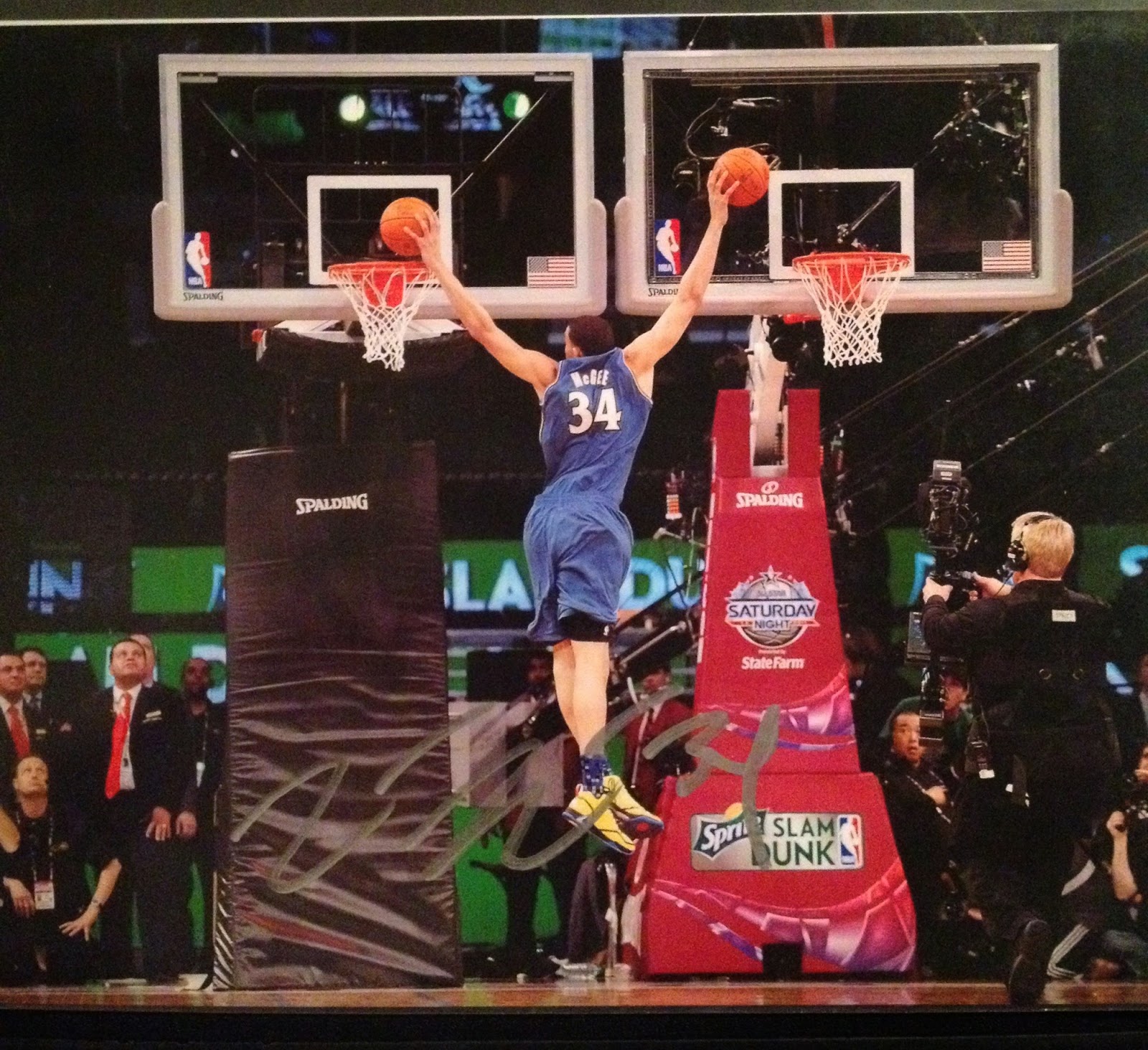 The second 8x10 Mcgee signed was of him with the Wizards winning the tipoff against Yao Ming. 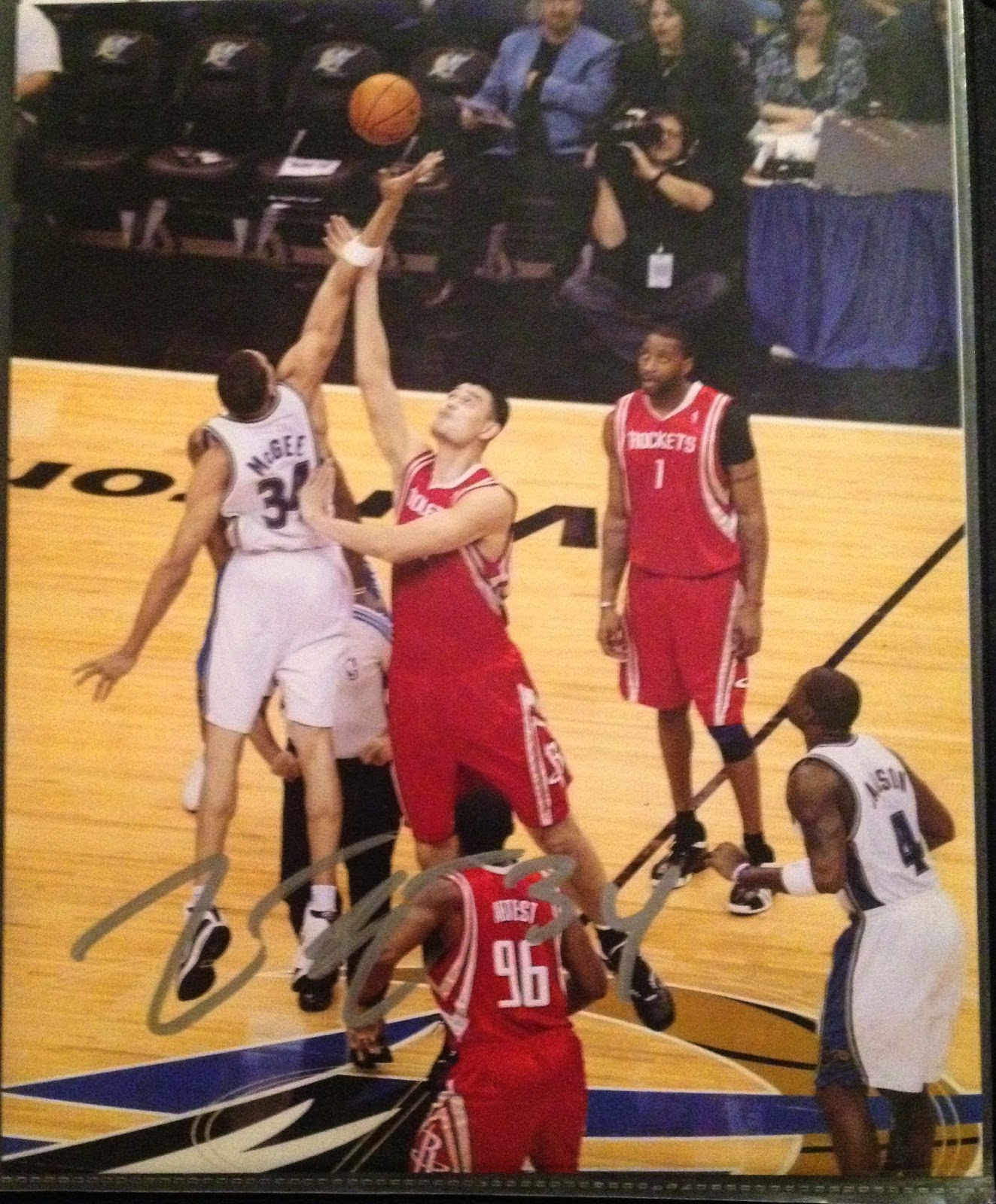 Next to McGee was Terrell Owens who autographed my 8x10 photo of him and Jerry Rice back in San Francisco. 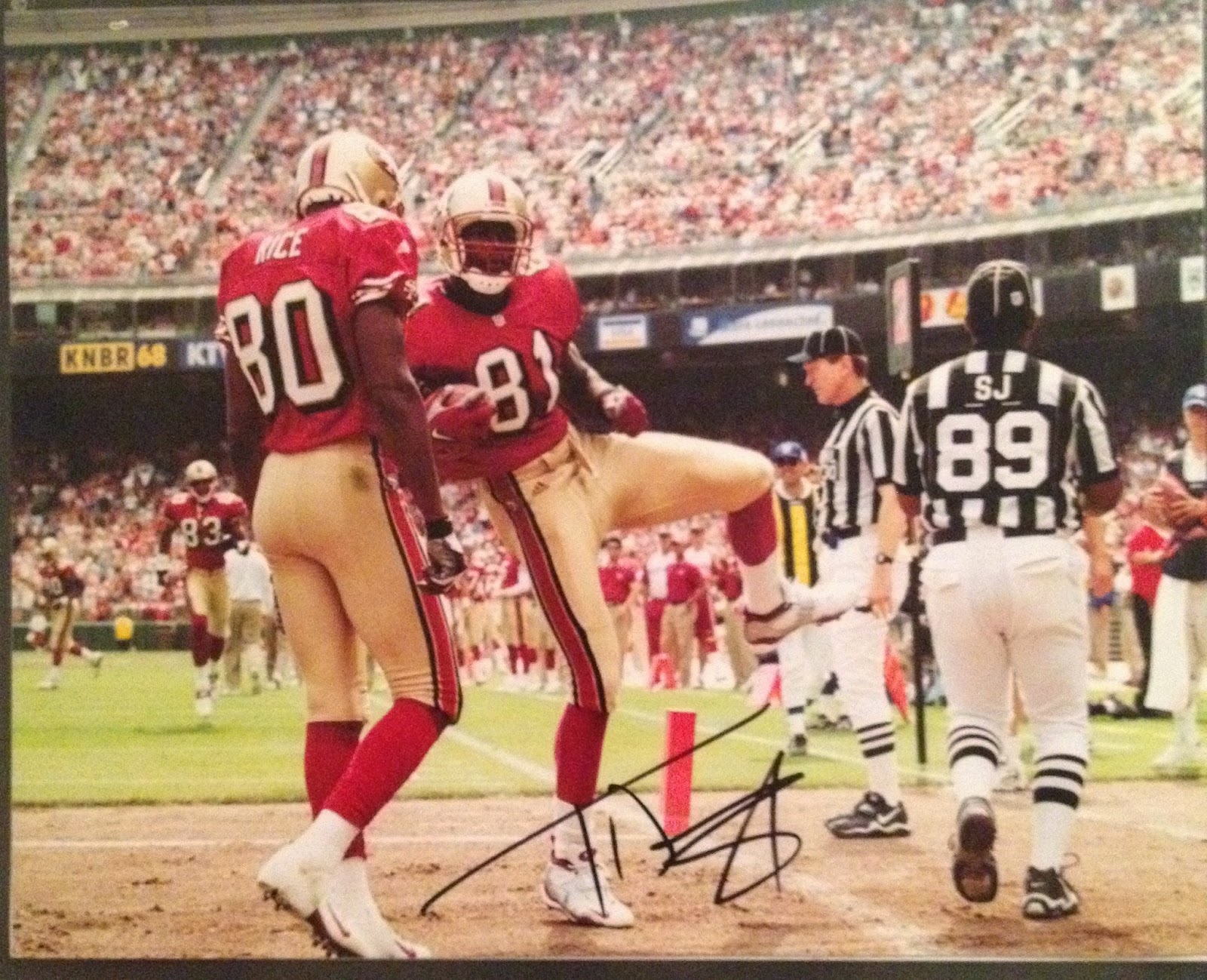 Ty Lawson was signing so even though I got him on my photo I had him autograph a floorboard. 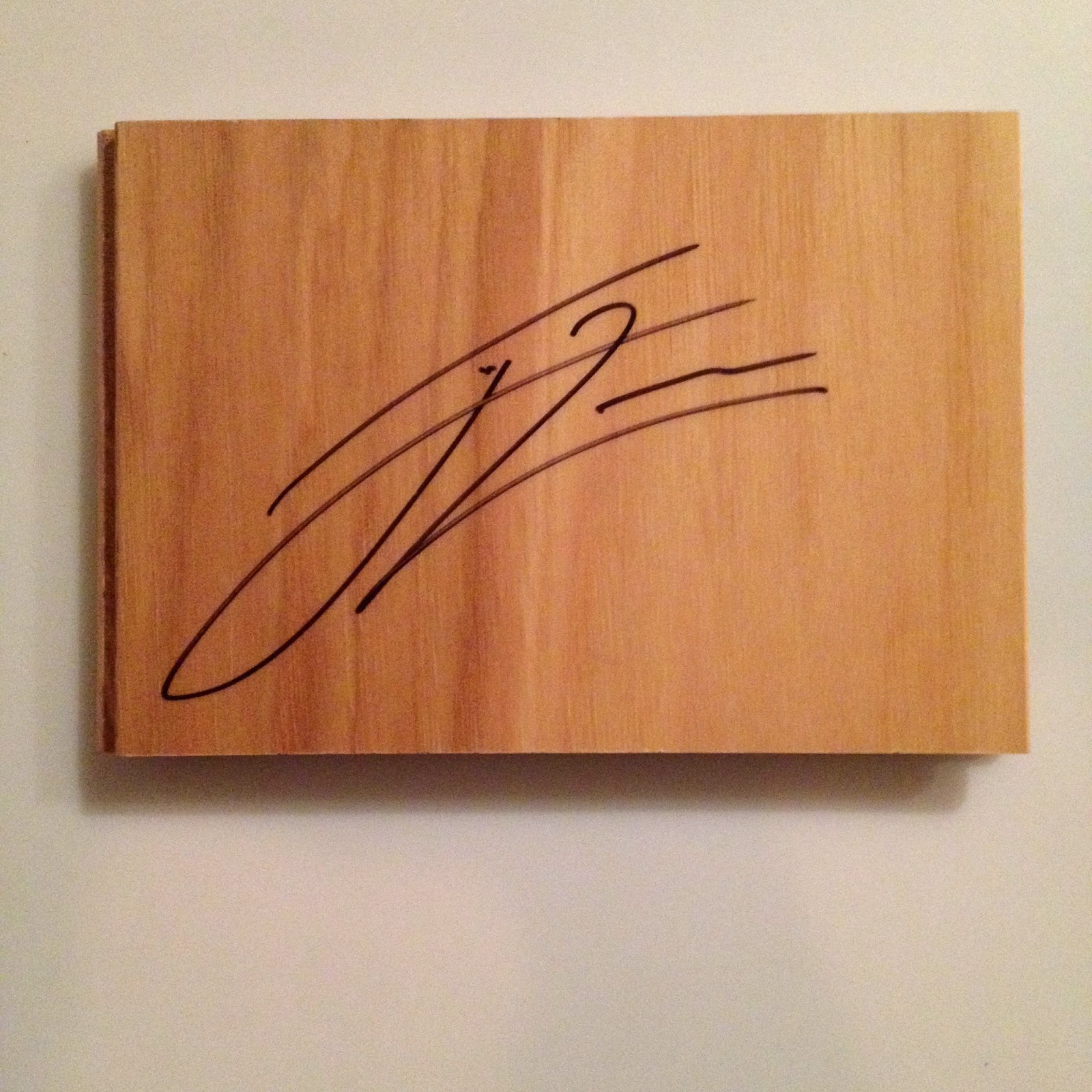 It wasn't a bad haul and there were even more celebrities in attendance than I had prepped for. Ray J autographed my ticket when I was walking out to my car. 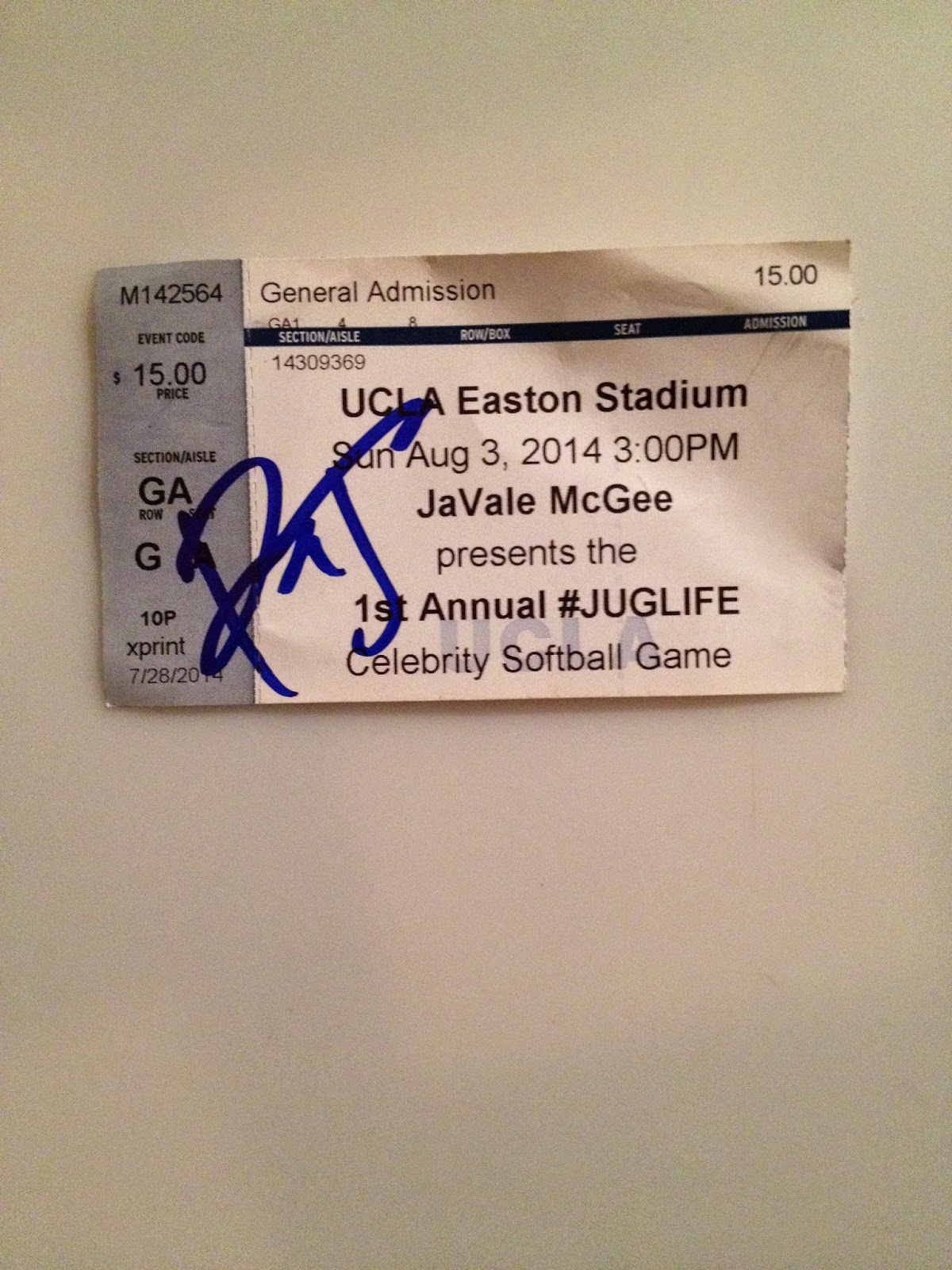 Omarion was in attendance with his wife, Damien Wayans, Laura Govan, and Doug Christie were also there. Those were the main celebrities that I recognized but a few minor celebs from vine, instagram, tv and music were also in the game. 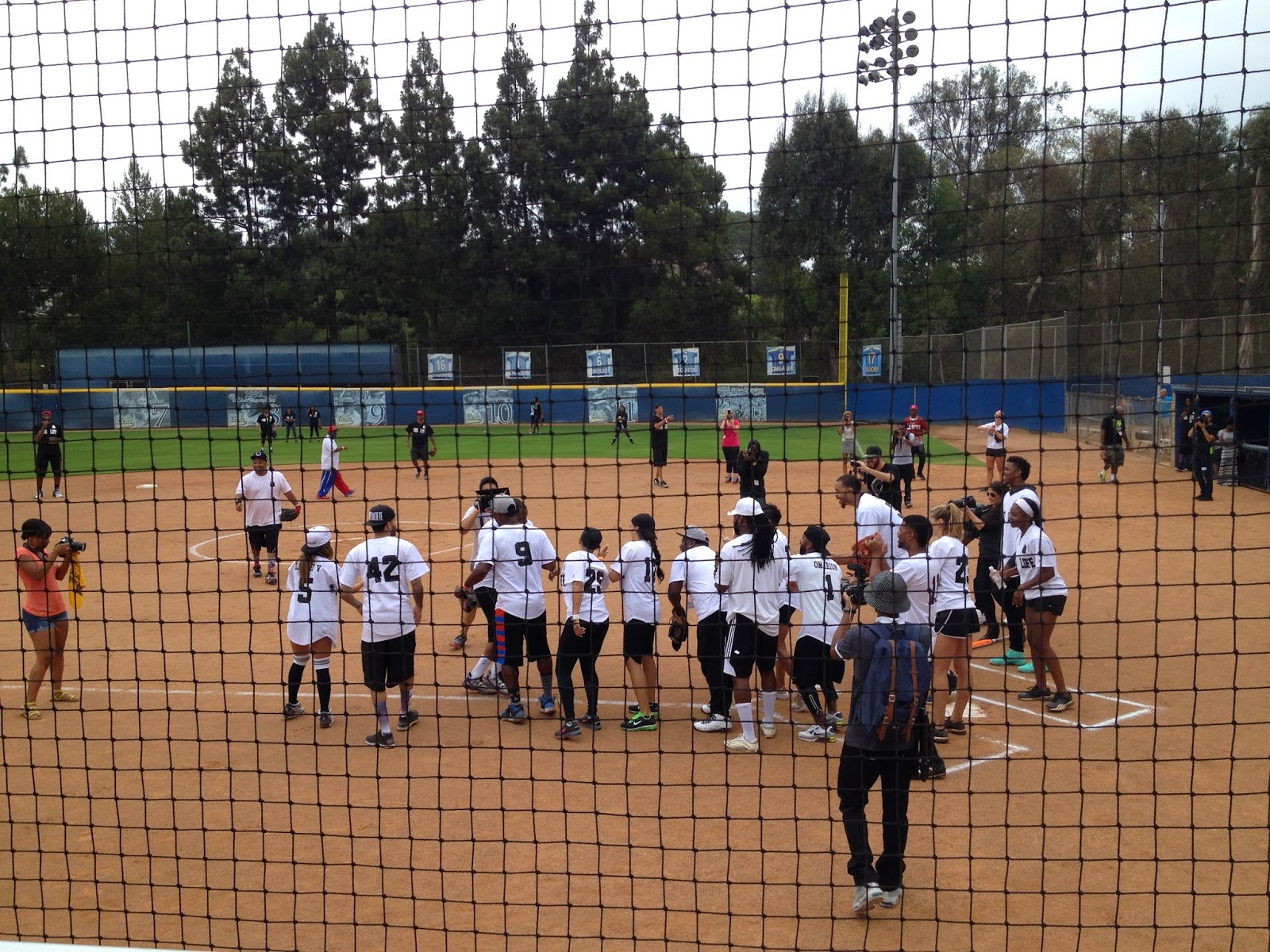 Overall it was a great day getting a few NBA autographs and Terrell Owens who may go in the Hall of Fame in a few years. Javale's crew did a great job putting on one of the best charity events that I've been to in a while. He was really polite and donated a ton of items for the raffles that went on with nice prices throughout the game, and his guests were also great taking the time to sign for fans and come out. It's nice to see someone local bringing their star power to good use but still being accessible to fans. Bobby Wagner take notes, the Javale McGee softball event was how things are supposed to be.
Posted by RJ at 3:01 PM