Gerrett Richards made an appearance at Angel Stadium for Orange County Eco Challenge Day. Participants brought in household waste, clothing and electronic waste to be recycled and were given a wristband for an autograph and the first 200 donators received either tickets to that nights Angel game or the Discovery center.

Richards is a difficult autograph to get at the stadium, he doesn't often sign so I had to take advantage of the opportunity to get his autograph. I arrived at the stadium and while I thought I had come early I was sorely mistaken and there was an impressive line of cars waiting ahead of us. 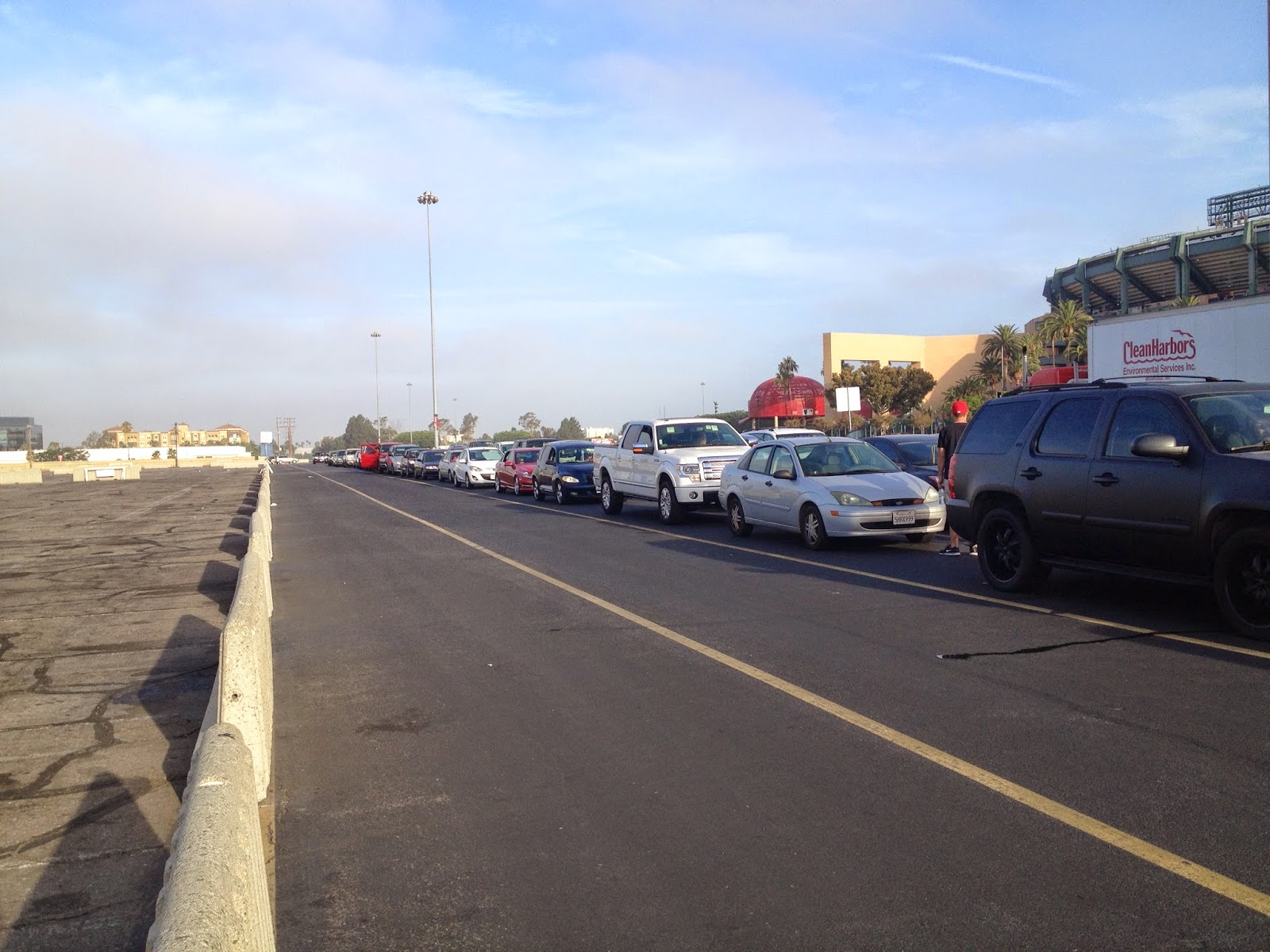 Eventually we were let inside to form another line next to the famous hats at the home plate gate to wait for Garrett to show up for the signing. 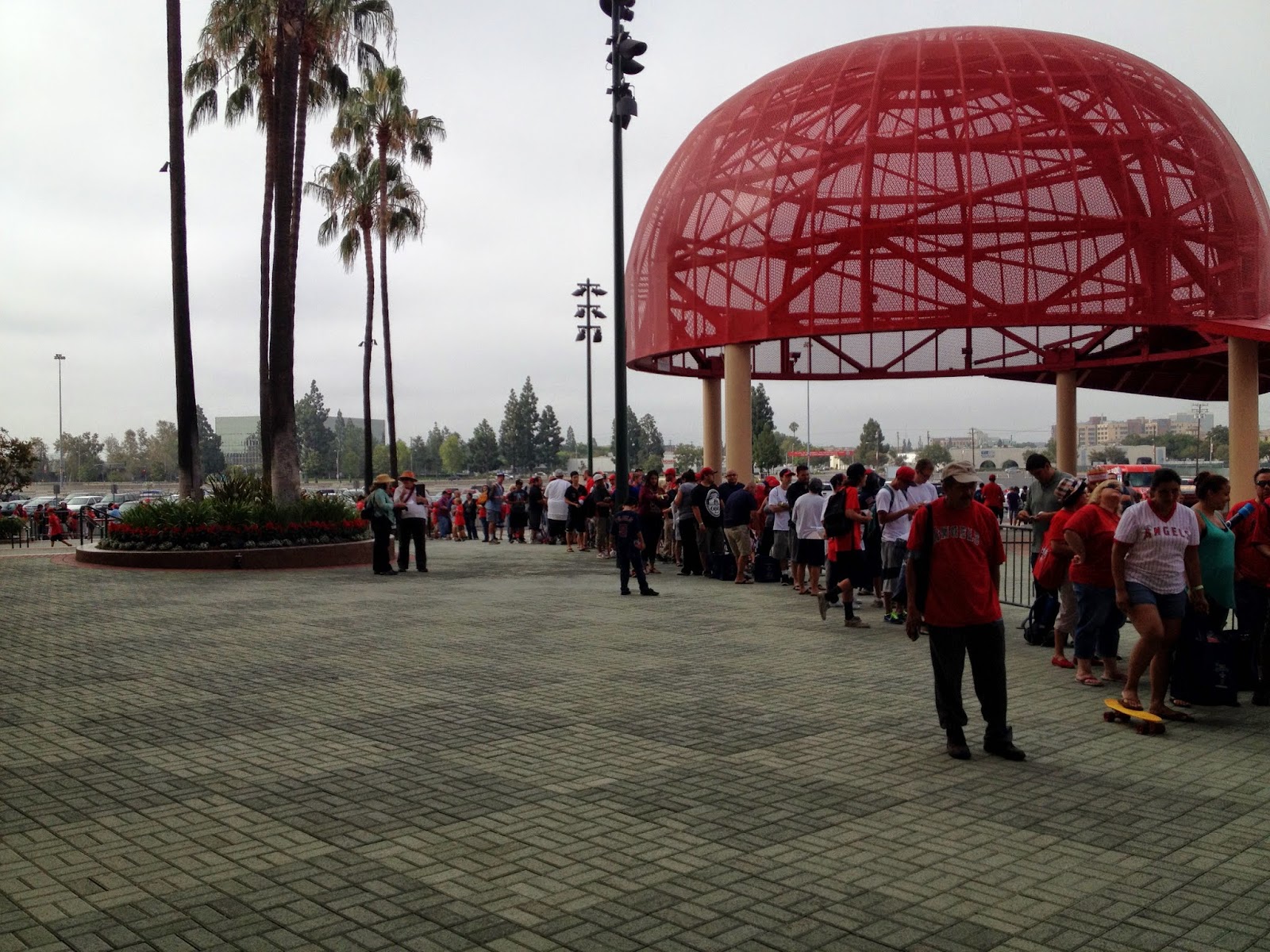 Garrett arrived a few minutes early and promptly started signing autographs for those waiting in line. He was polite and was giving out nice signatures on everyone's items. The handler was more lax at the start so some were able to get two items signed but by the time I arrived to the front it was more strictly held to one per. 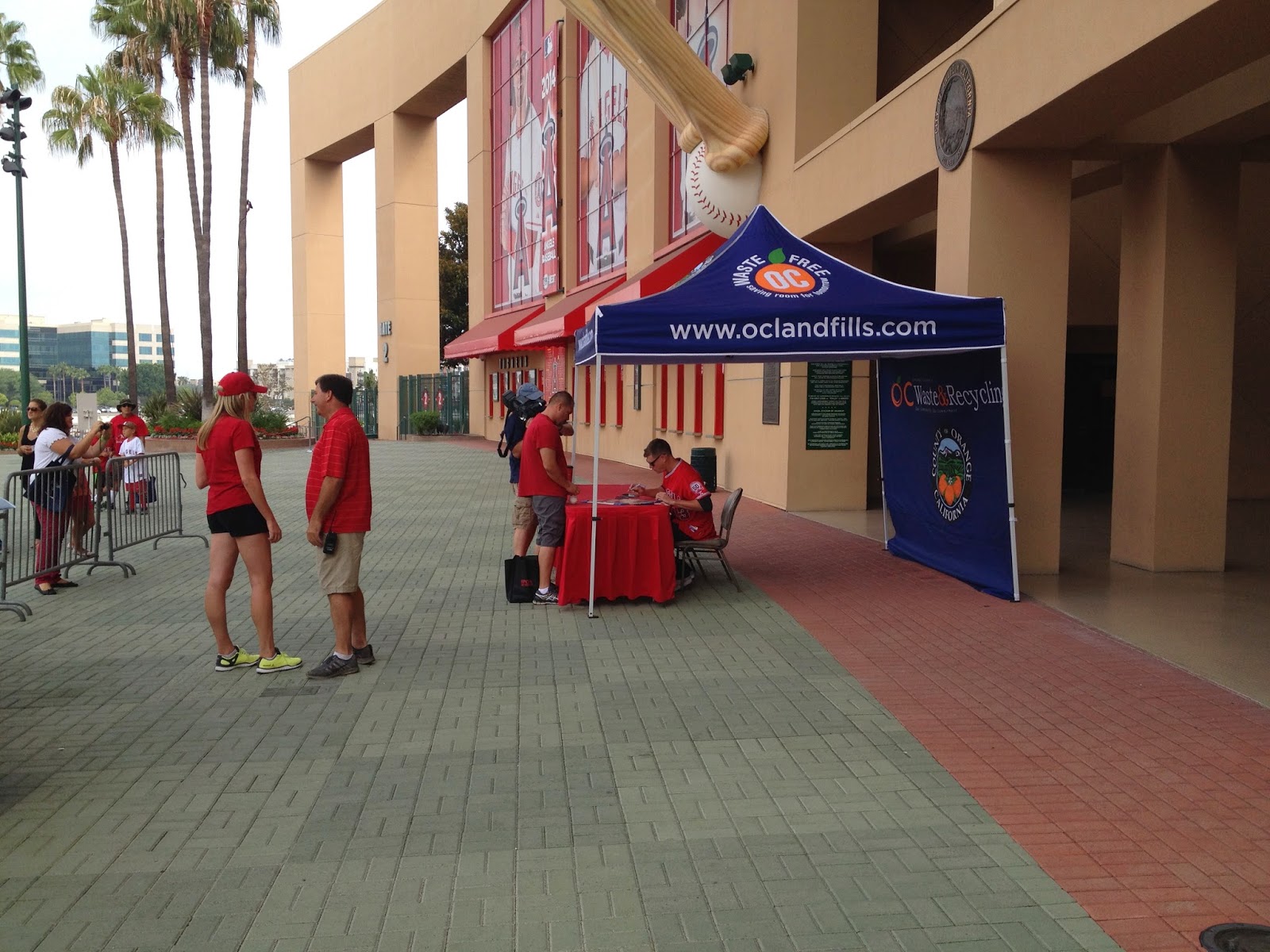 I was glad to get my Garrett Richards 2014 Topps Heritage card autographed to add to my set. 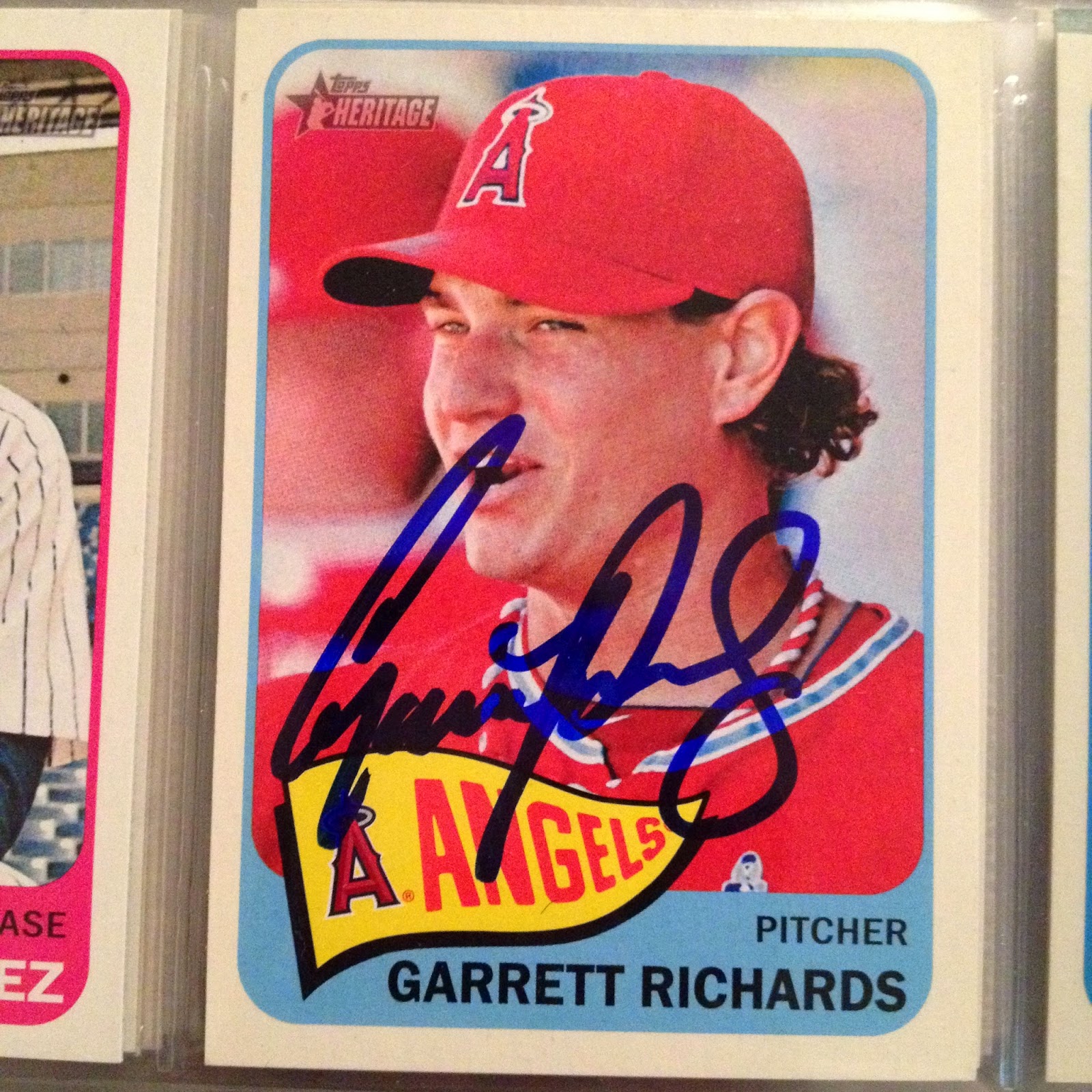 He's got a great signature and getting it done at a sit down setting made it look great. It was a quick signing that supported a good eco-driven cause.
Posted by RJ at 12:16 PM