Well as previously posted Dr. Alex Corbin Liu had an appearance scheduled with former LA kings great Bernie Nicholls at his practice in Rowland Heights. It was only my second time going to a signing held by Dr. Liu and it was a great experience for me once again. The line this time was longer than the Reggie Bullock signing, but it wasn't too bad especially considering the hype around the Kings winning the Stanley Cup this year.

First off I made a untypical mistake and printed out the wrong quality photo and didn't discover it until it was too late to arrange for another print. I went into Dr. Liu's office and was happy to see a variety of high quality items available for purchase at the event. There was a selection of 8x10s, 11x14s and different pucks all for a really reasonable price especially for being sold with the autograph included with purchase. I was honestly really impressed as I've seen other places host signings and player appearances with no items available or a poor selection of poor quality, but this is the second time I've seen nice items available at Dr. Liu's office.

Nicholls arrived early and spent some time inside chatting with a few guests before starting to sign for those in line. After he really started signing the line started to move pretty well and he allowed fans to take a photo with his ring from being on the Kings Stanley Cup championship. 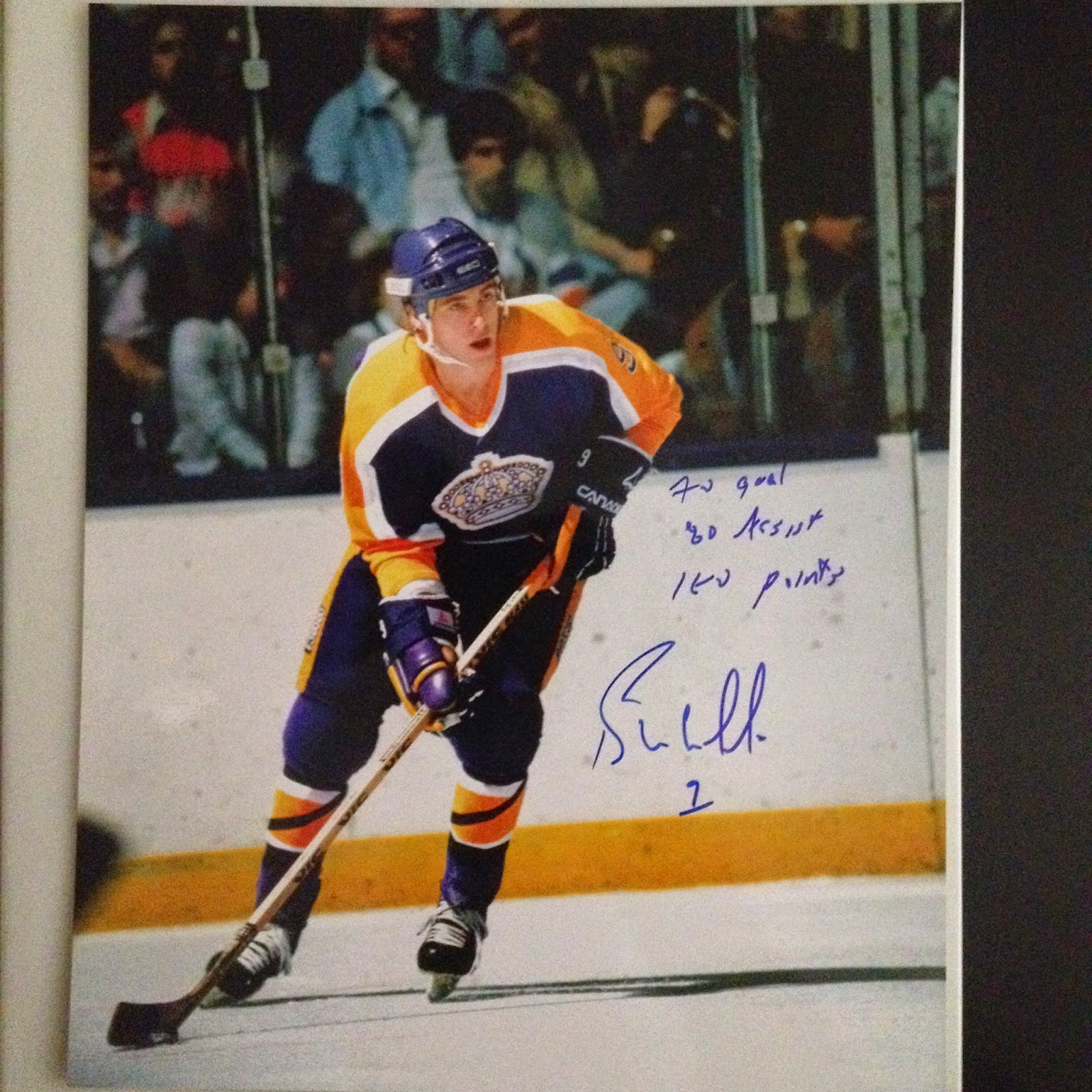 Bernie Nicholls autographed this 8x10 photograph and inscribed "70 Goals 80 Assist 150 points" on it for me. I think it came out really well and I really like the vintage jersey he's wearing in it. Definitely a well chosen photograph to have available for people attending the signing. 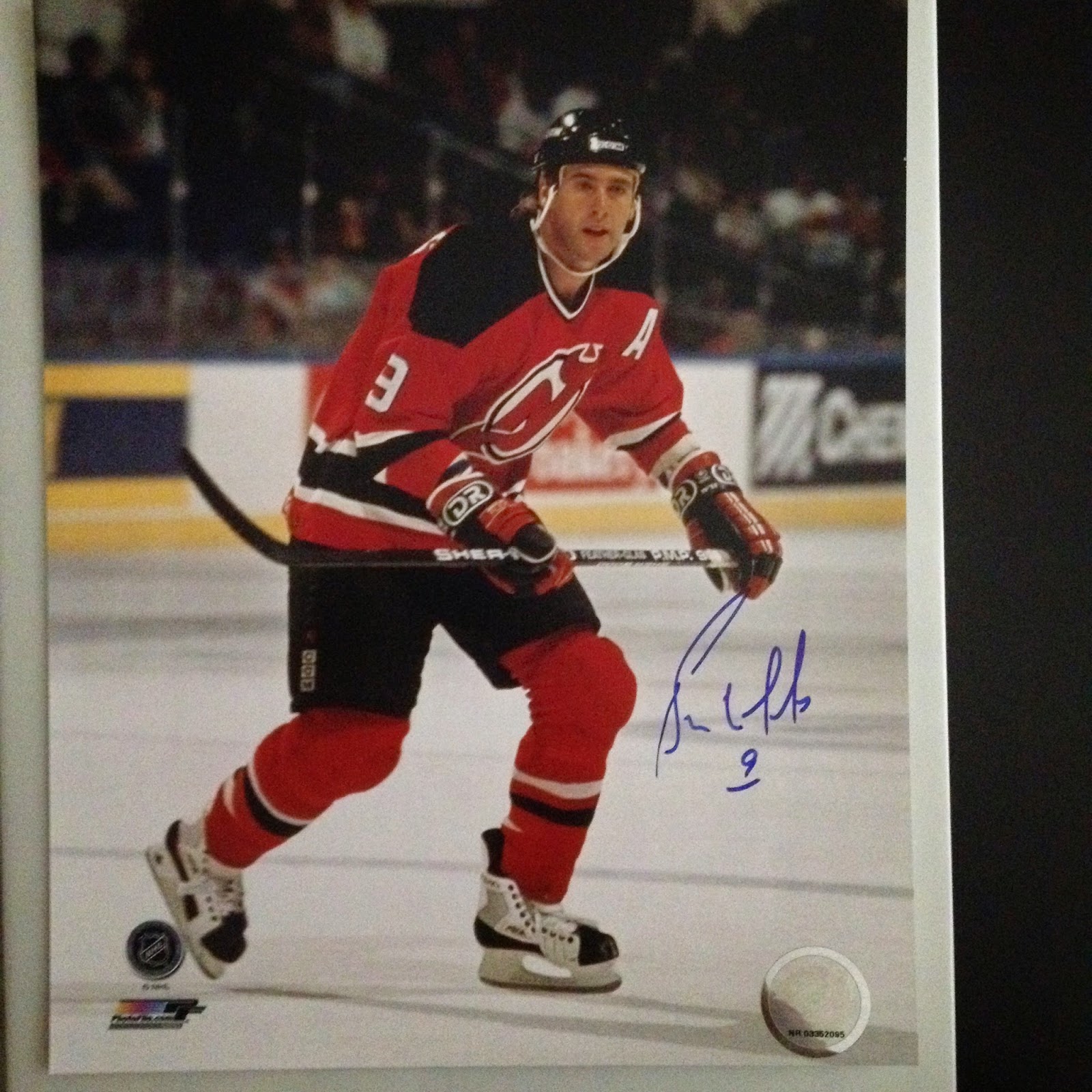 This one wasn't as popular a choice with the Kings faithful but I also was able to get this photo of Nicholls playing for the New Jersey Devils signed.

Overall it was another great event run by Dr. Liu and his staff and I'm glad to have made the trip out to meet Nicholls. This has been a recent way for me to find autographs in the Los Angeles/Southern California area and I'm definitely liking how they're coming out. I'll be keeping an eye out for the next event and will be posting any information I find about a signing and recommend making your way out that way as well.
Posted by RJ at 9:34 PM