I went down to San Diego to see the Padres play against the Arizona Diamondbacks. It was a reasonably successful trip with me getting a handful of autographs for my 2014 Topps Heritage set and the highlight of the trip was America's first baseman Paul Goldschmidt.

He was an unassuming pick taking by the Diamondbacks in the 8th round of the 2009 MLB draft. The under the radar star had a massive breakout 2013 campaign and is productively repeating the success. He's already been an All Star, Gold Glove and Silver Slugger winner and lead the National League in RBI's in 2013 while being tied for the Home Run lead. 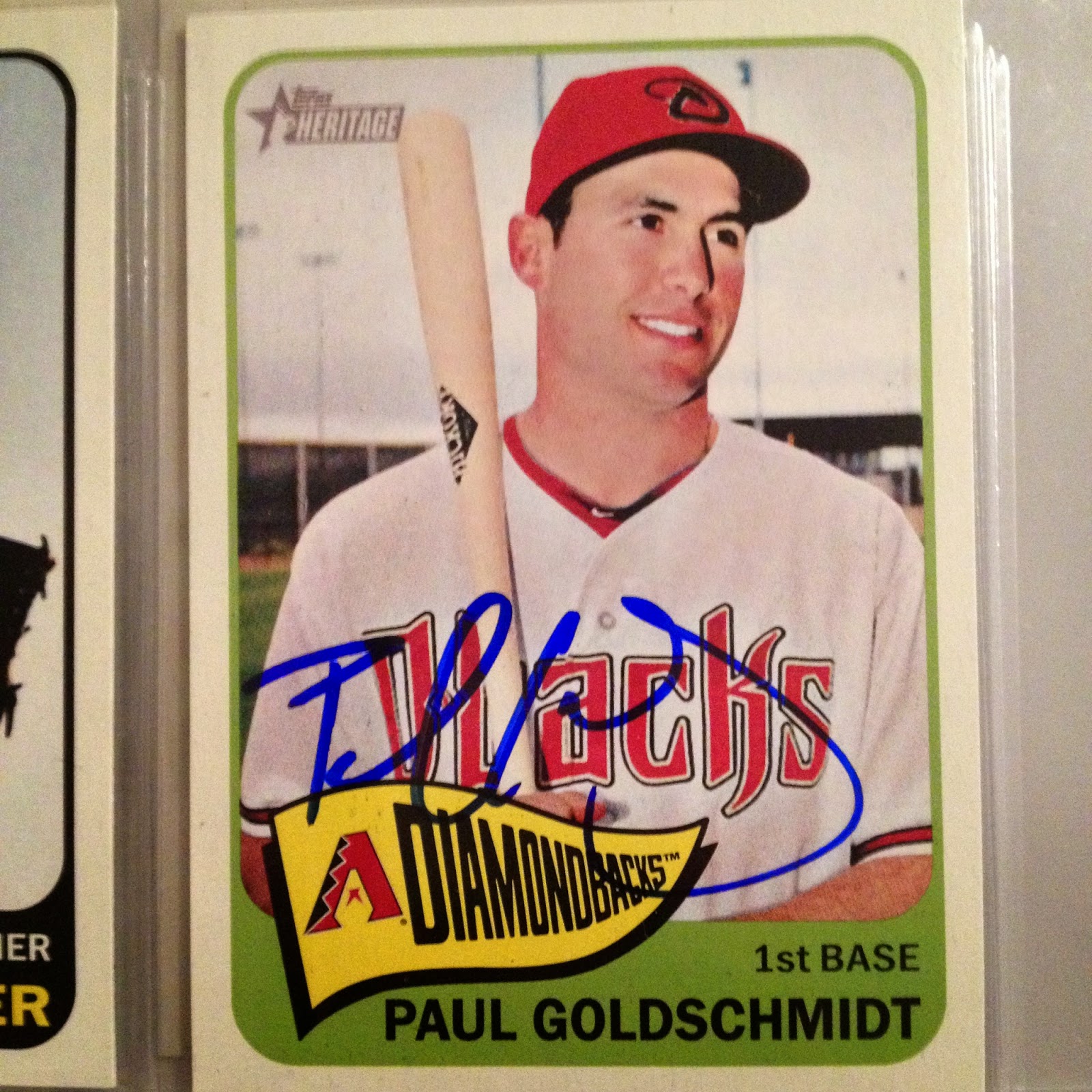 Paul Goldschmidt autographed my 2014 Topps Heritage card for the complete set I'm slowly trying to assemble. It's a big one to cross of the list as I think he'll stay productive and popular for years.
Posted by RJ at 1:54 PM