For the 4th of July I went to San Diego with my buddy David to get some holiday graphing in. The Padres were playing the San Francisco Giants so were hoping to get some of the their stud pitchers and position players. Unfortunately we didn't have the best of luck with the Giants but we made the best out of it. We were watching the game and ran into former Aubrey Huff in the stands.

Aubrey Huff played from 2000-2012 as a reasonably successful player as a first baseman, third baseman, and outfielder. While with the Orioles he served as their regular DH and won the 2008 Silver Slugger. He moved on to the Giants where he was instrumental in helping them to win the 2010 World Series Championship and played a smaller role on the 2012 World Series Championship team. He retired with a .278 career average, 242 Home Runs and 904 RBI's driven in. 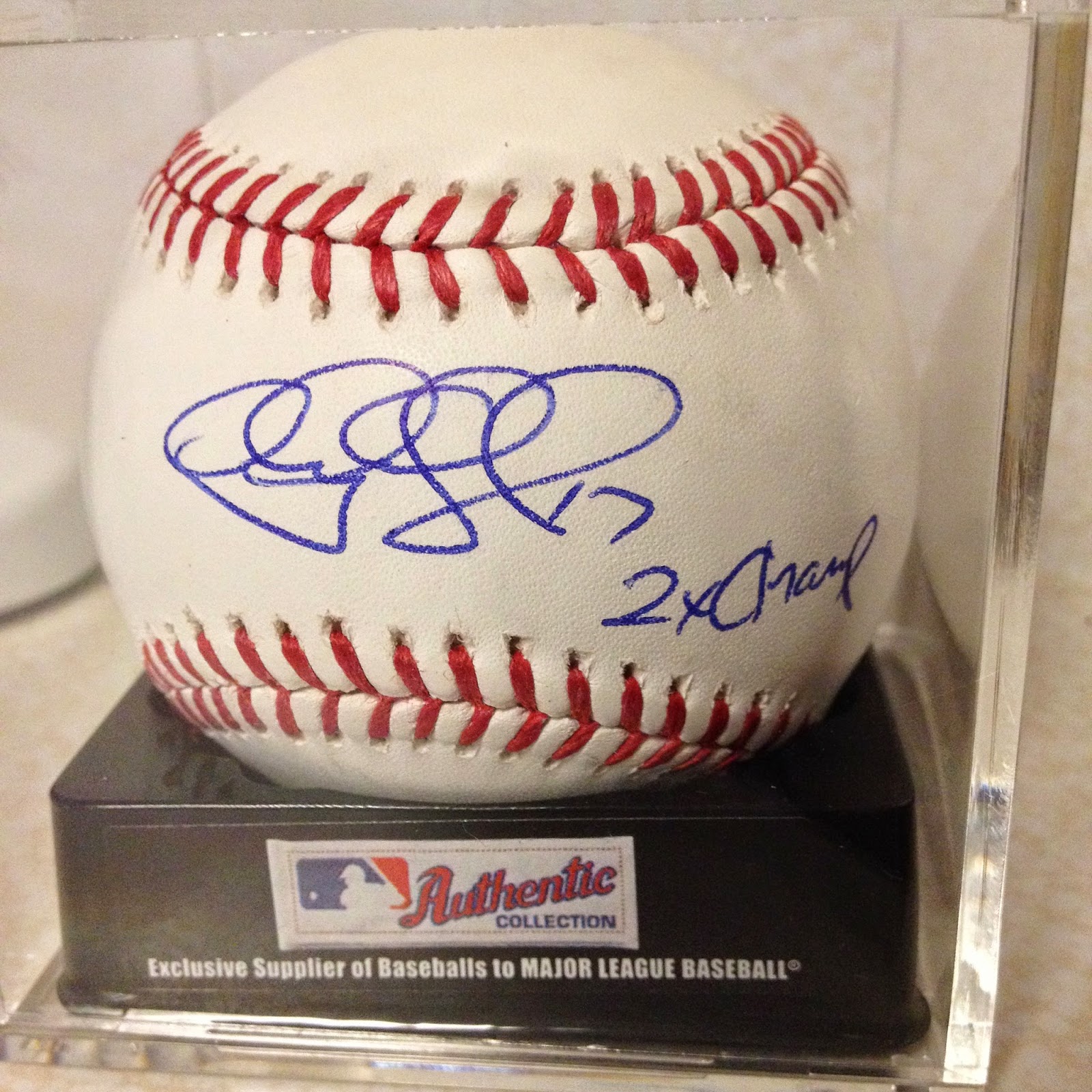 I got this Aubrey Huff autographed baseball inscribed "2x Champ" and it was the best pick up I got on the day. An unexpected pick up but it came out really clean and I like the inscription on the unexpected World Series winner.
Posted by RJ at 2:28 PM