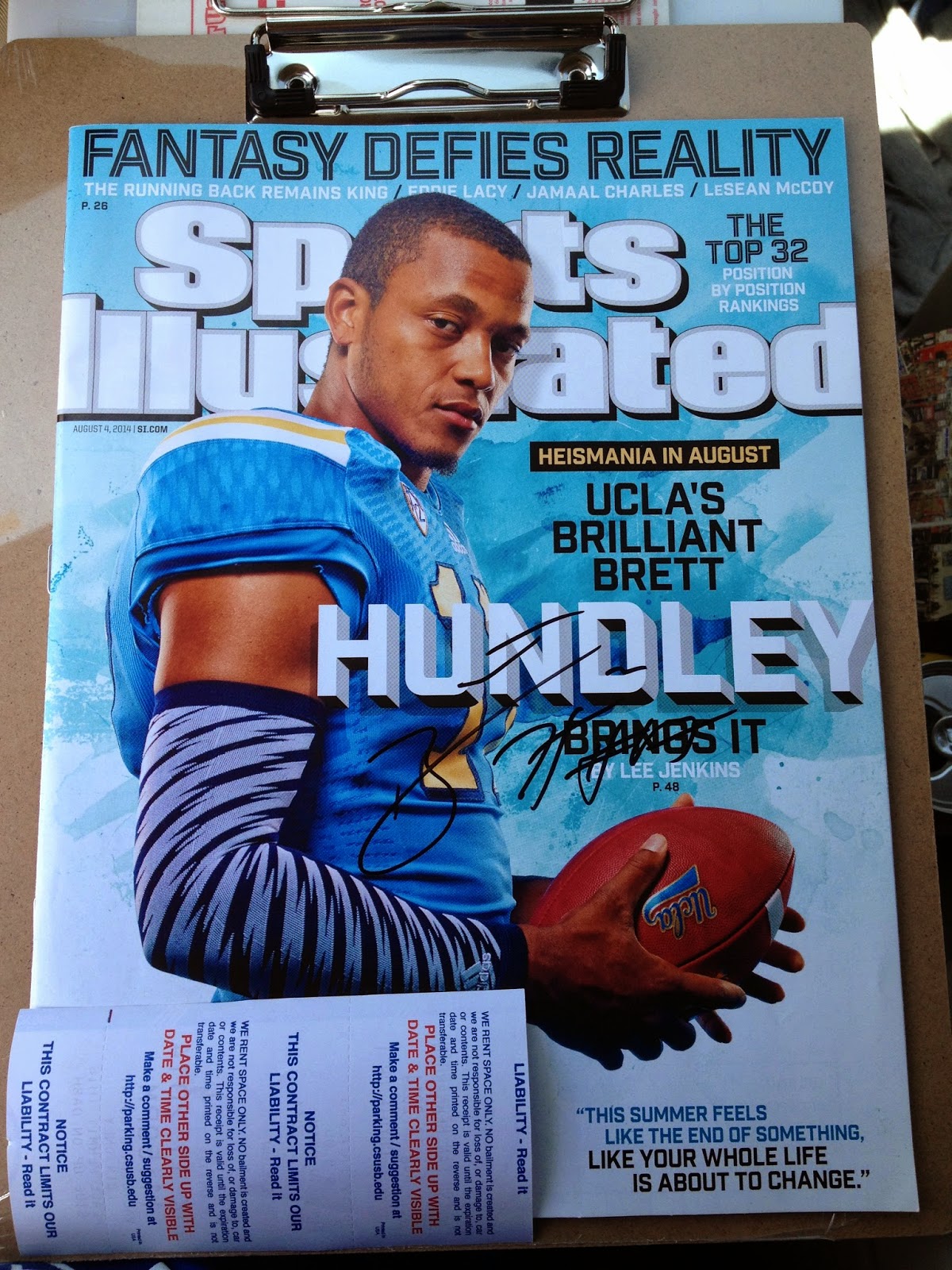 I was able to get Hundley's first Sports Illustrated cover autographed and hopefully will see him lead the Bruins to a successful rest of the season and expect him to be drafted somewhere in the first round of the NFL draft at the end of this season.
Posted by RJ at 8:16 PM