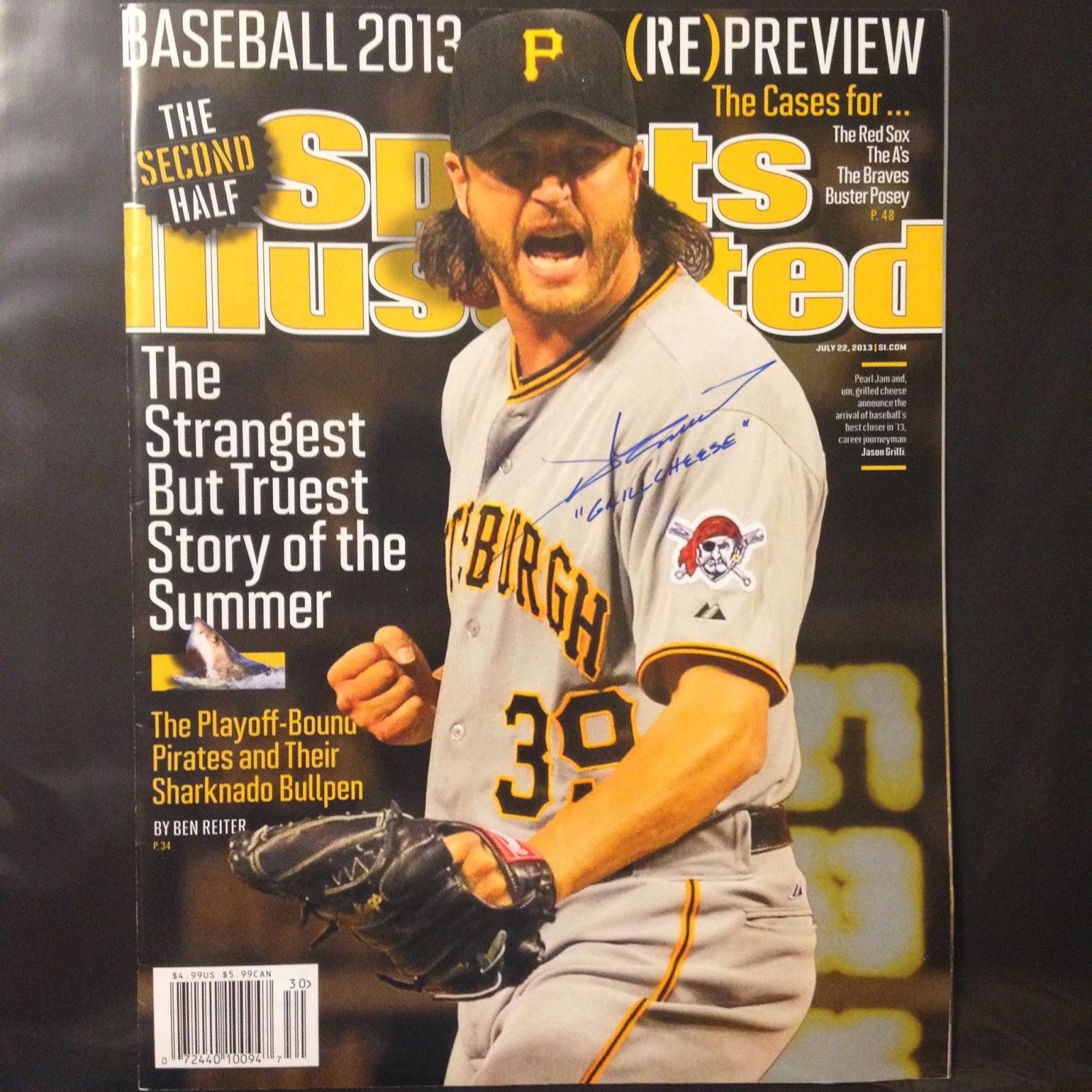 Not only did he sign the magazine for me after Jason Grilli autographed his Sports Illustrated he inscribed "Grill Cheese" as well for me. When he was a member of the Halos it took a while for me to finally get Grilli's autograph but he was a nice guy and when he did sign he made sure to sign for literally as many fans as possible for half an hour at a time. Putting this Sports Illustrated of the former All Star closer in my collection is a nice pick up and I appreciate him following through on his mail requests 9 months latter.
Posted by RJ at 3:44 PM