I've made a few trips out this year to graph the Anaheim Ducks. They're a solid team pushing the pace for best in the NHL this season and have their usual standouts being stronger than ever. Team captain Ryan Getzlaf is playing like a beast right now and on pace to be leading the conversation for league MVP at the end of the season.

Each season I've worked on graphing the Ducks I've liked to get a team set of cards done. I made some progress on last year's Score set getting a few guys that I've missed and started this years O-Pee-Chee team set.

I added a few other nicer items getting a few pucks and some photos done to go along with the cards I got signed by the Ducks. 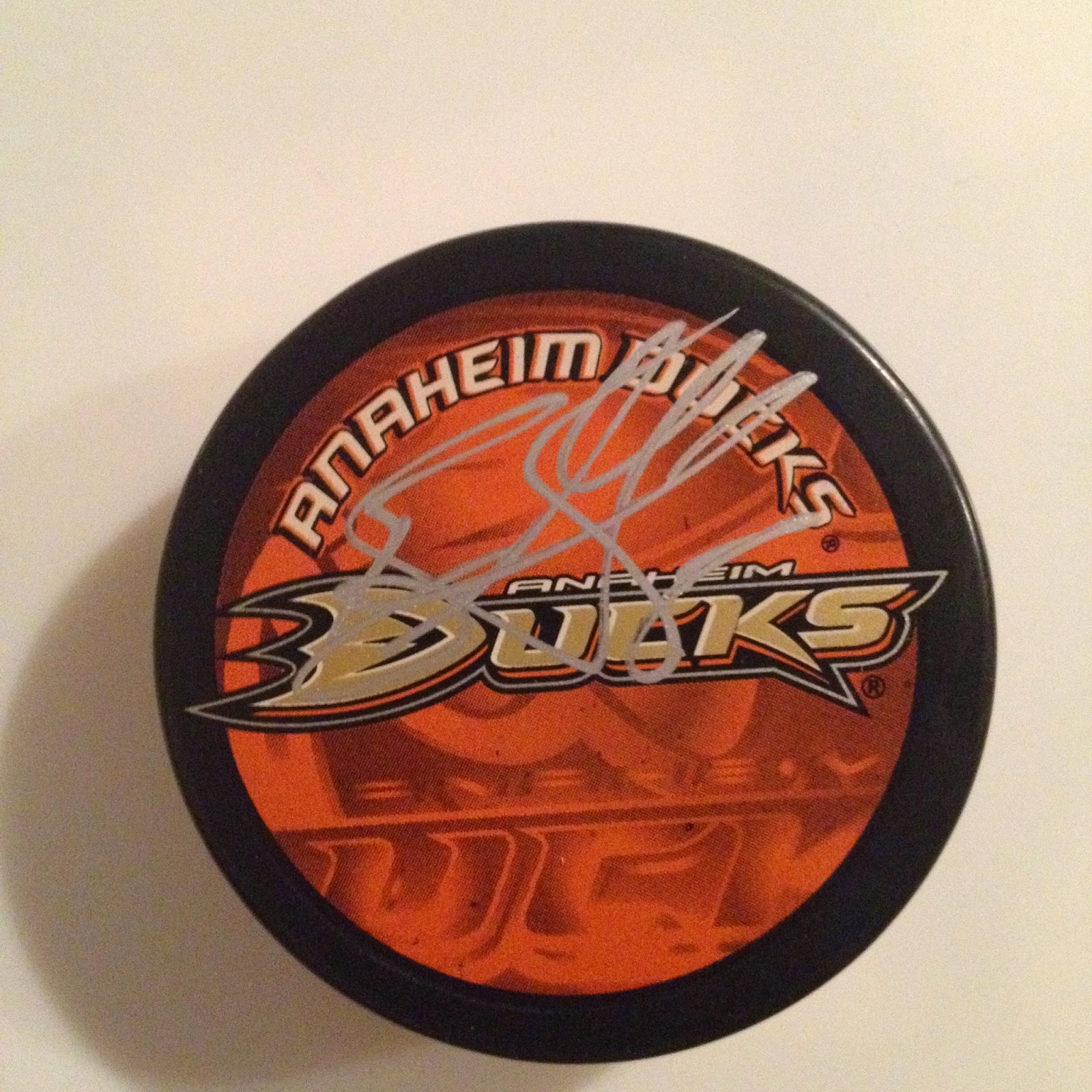 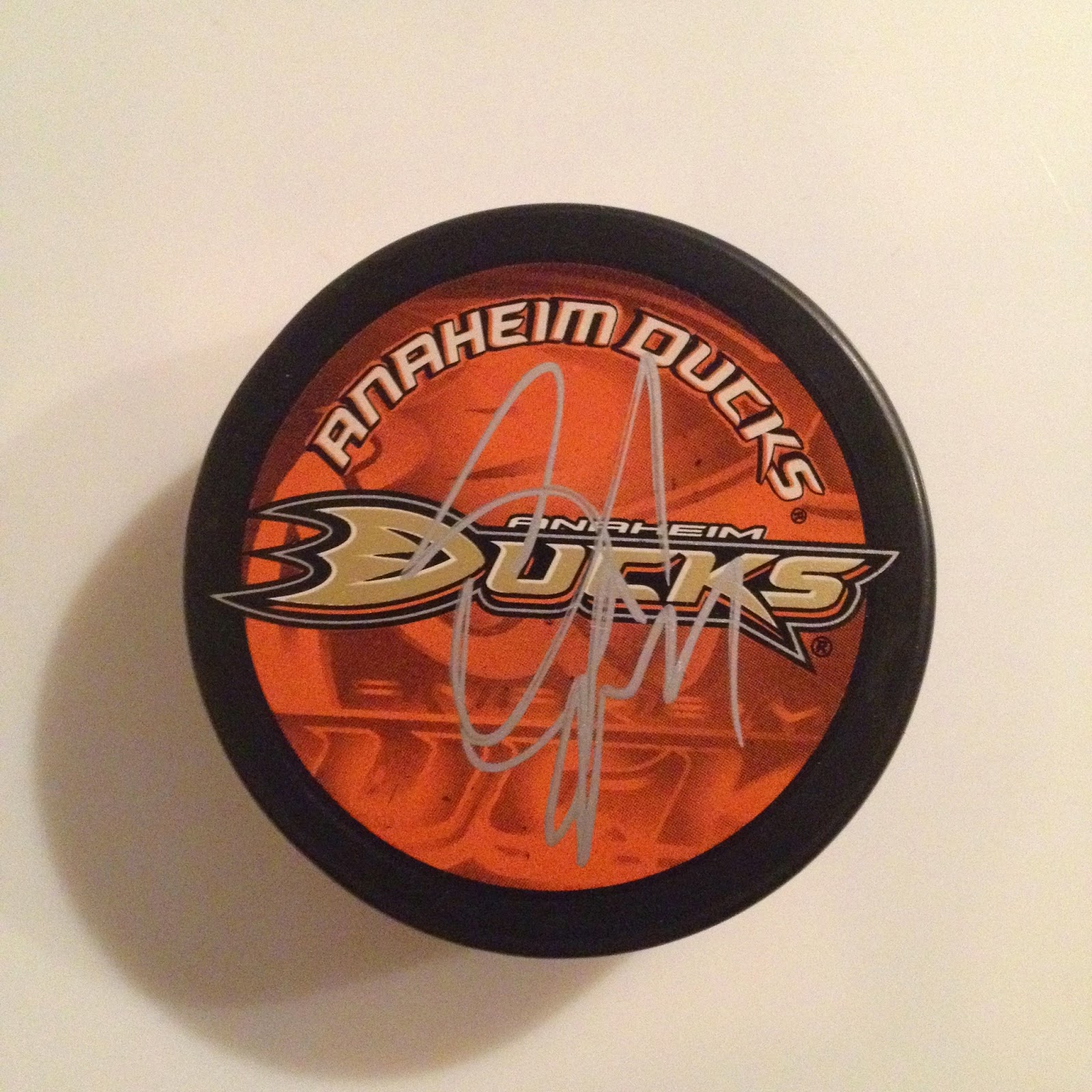 Cam Fowler 2014 Olympics autographed 8x10 of him scoring the go ahead goal to beat Russia. 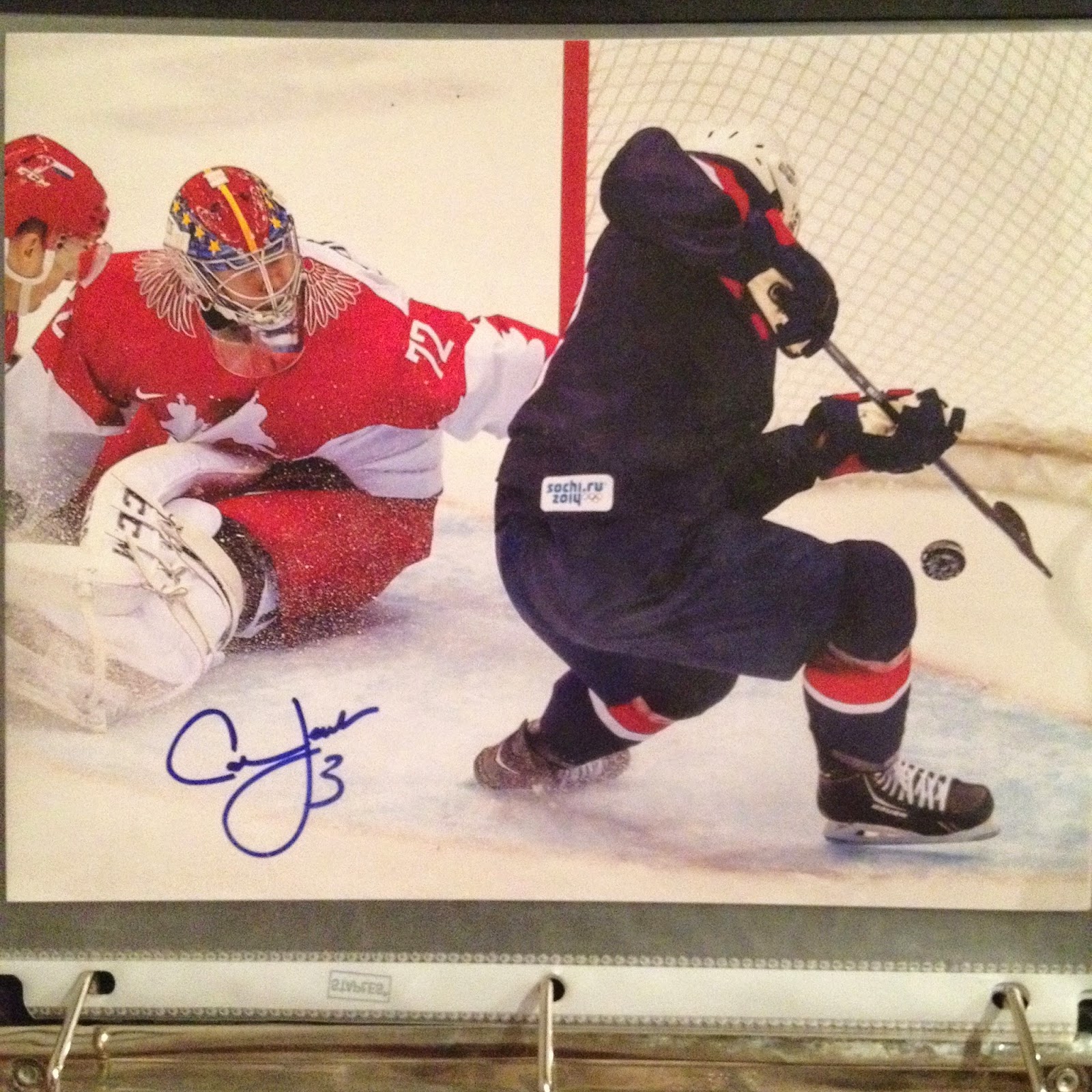 Ryan Kesler autographed 8x10 photograph from his time with Vancouver. 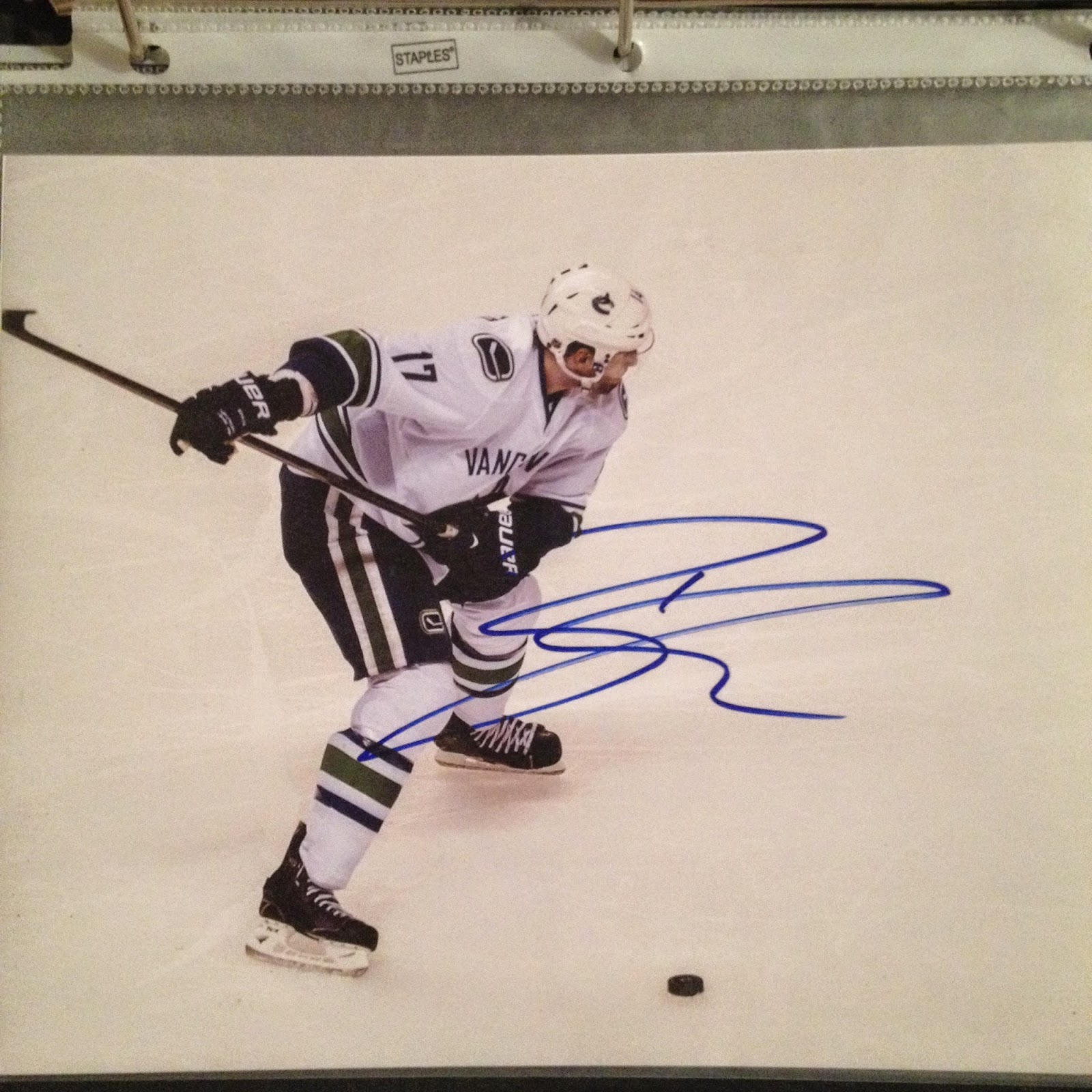 Scott Niedermayer autographed 8x10 photograph from when the Ducks won the 2007 Stanley Cup. 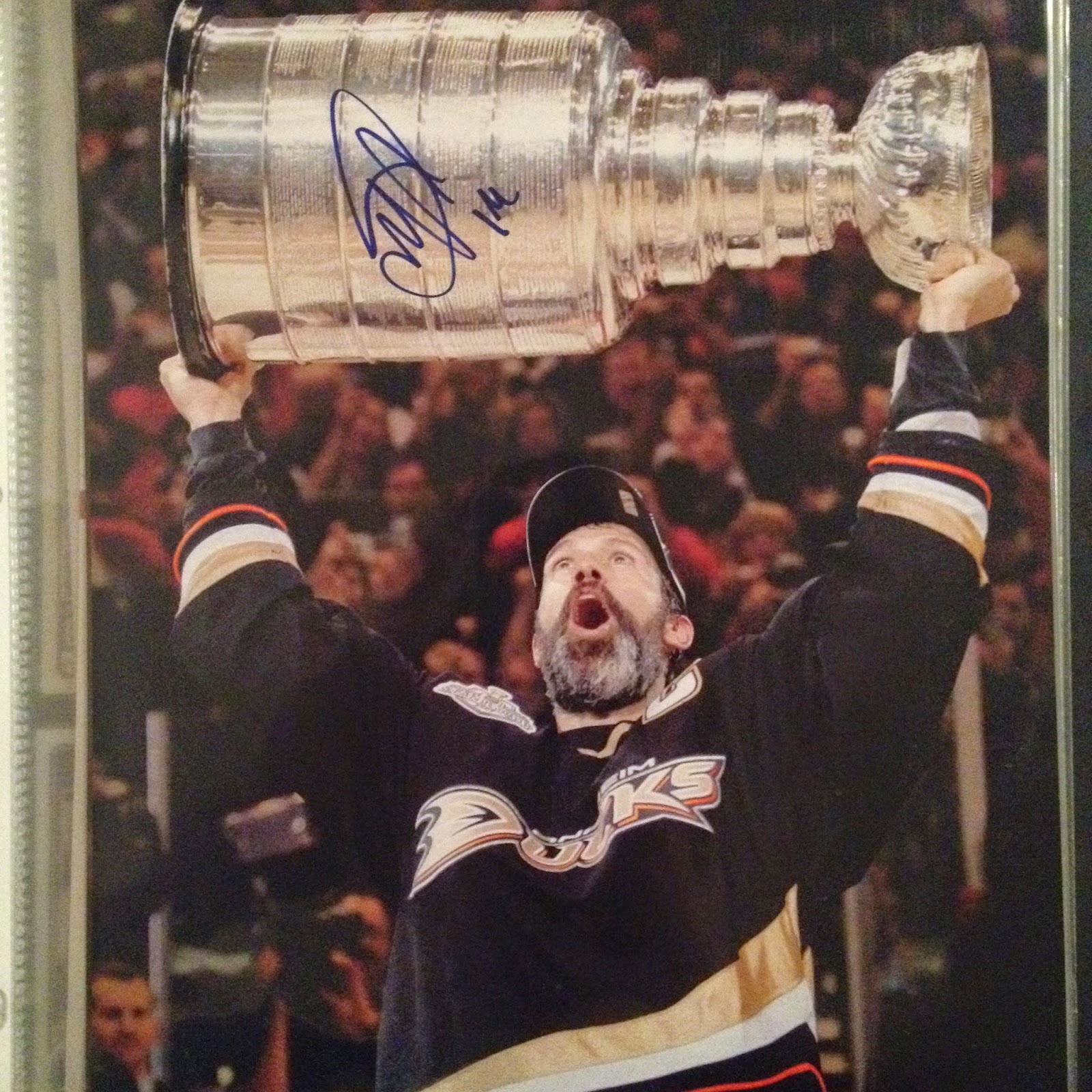 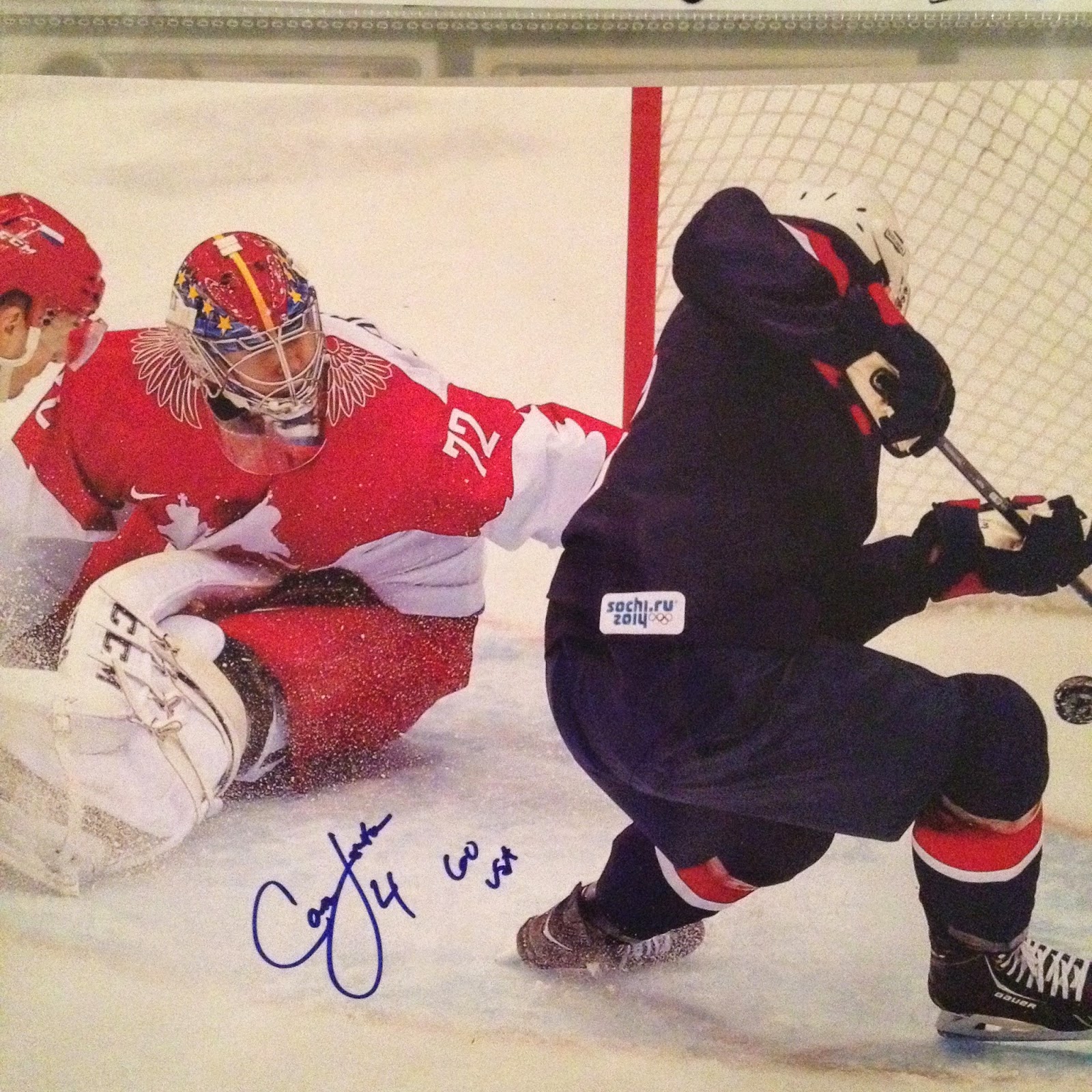 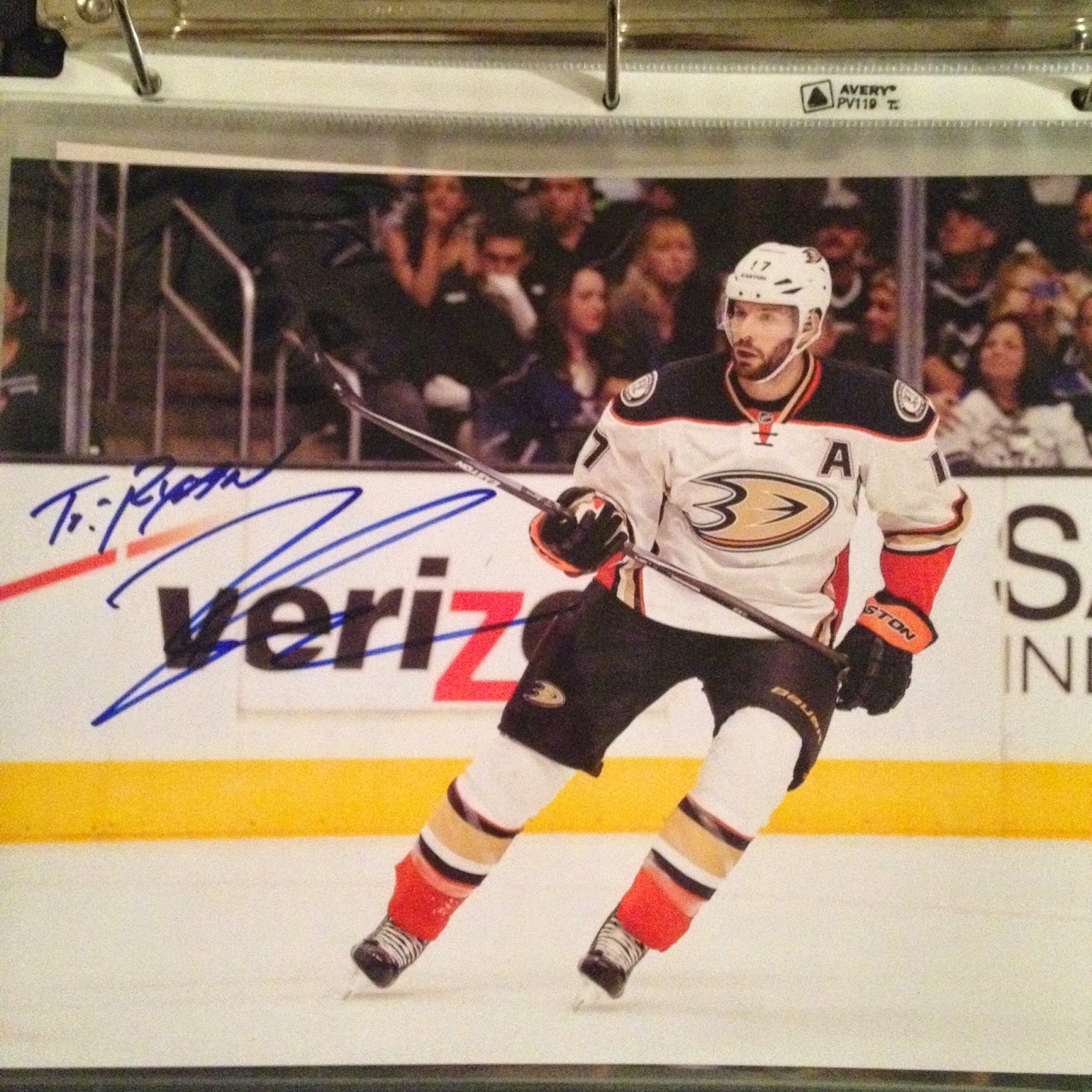 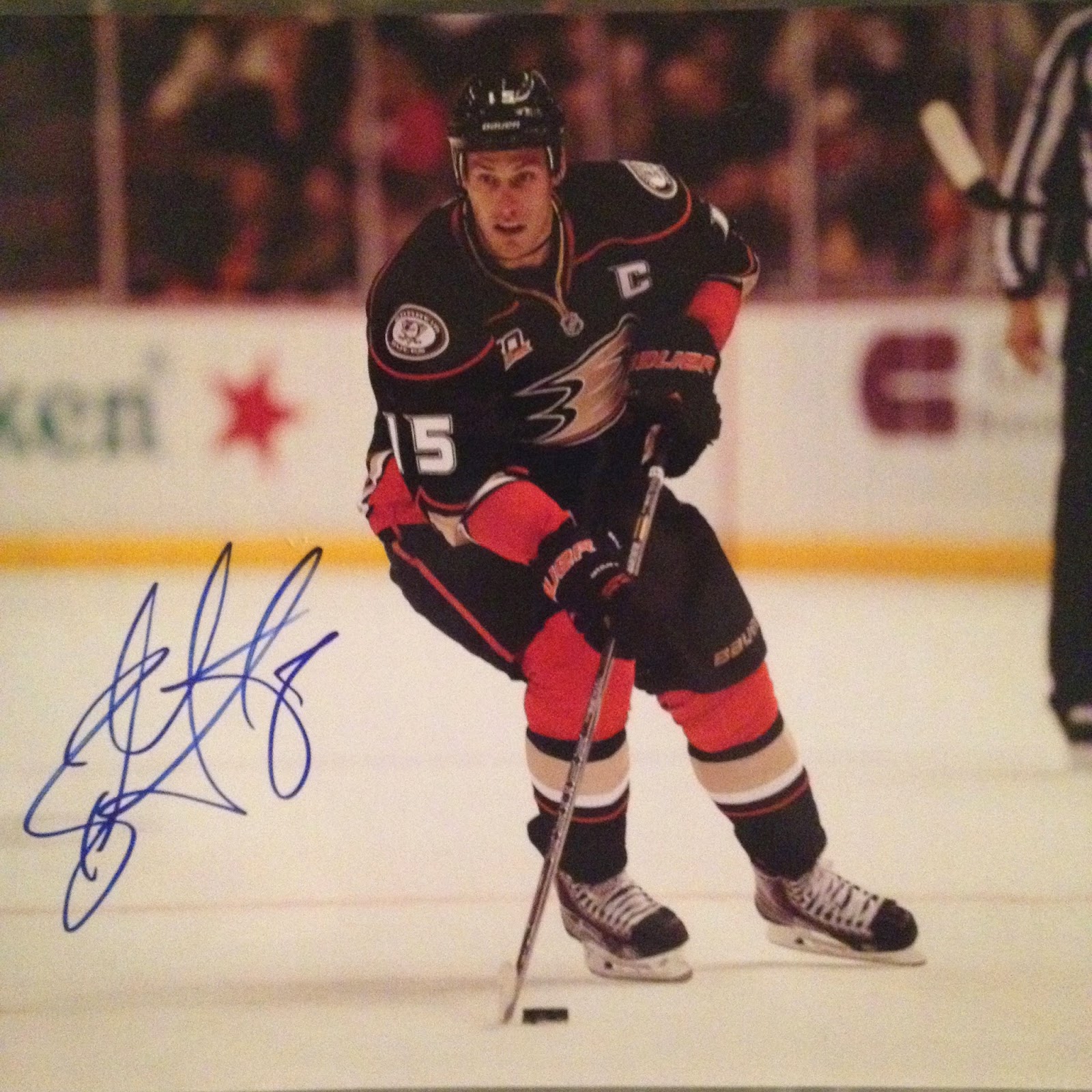 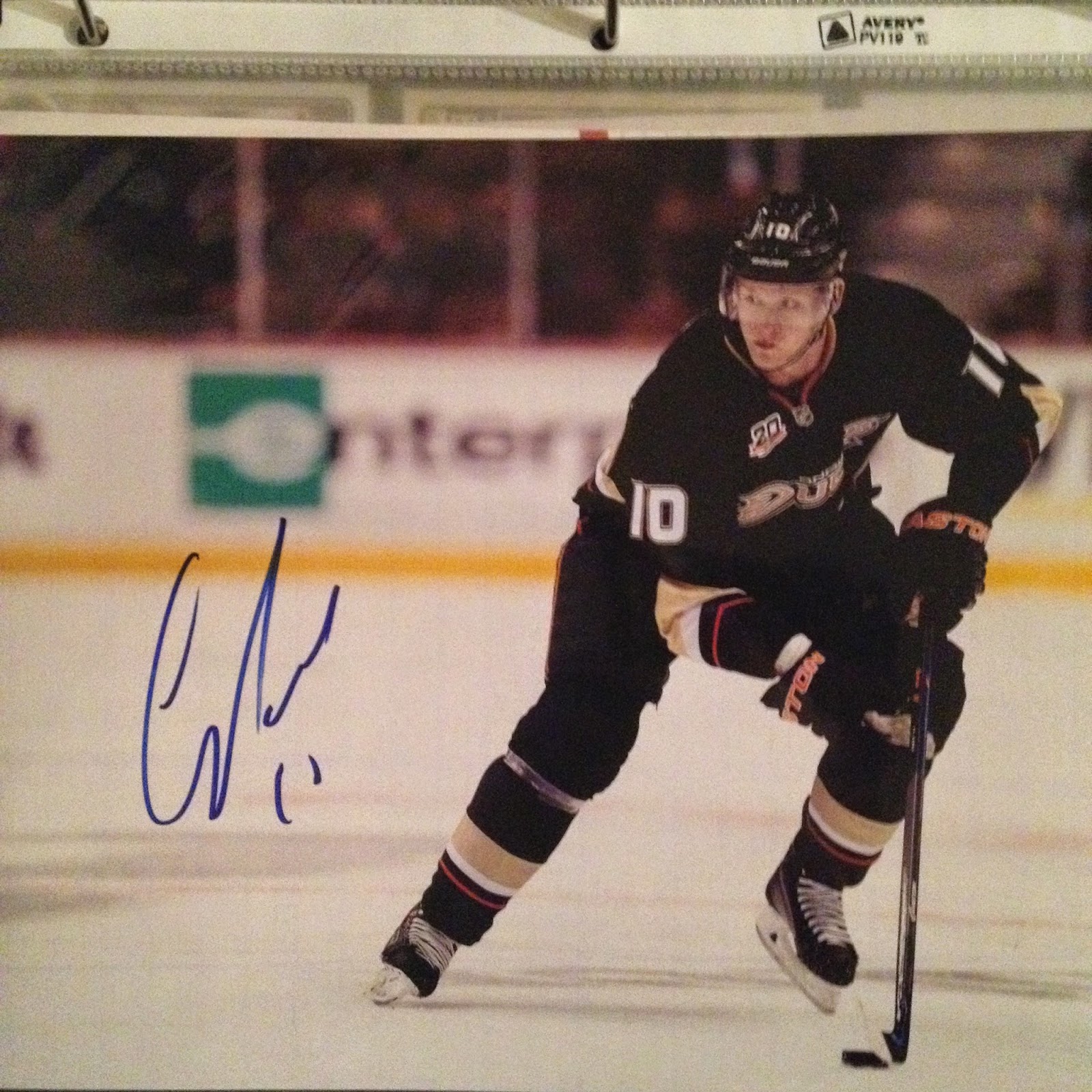 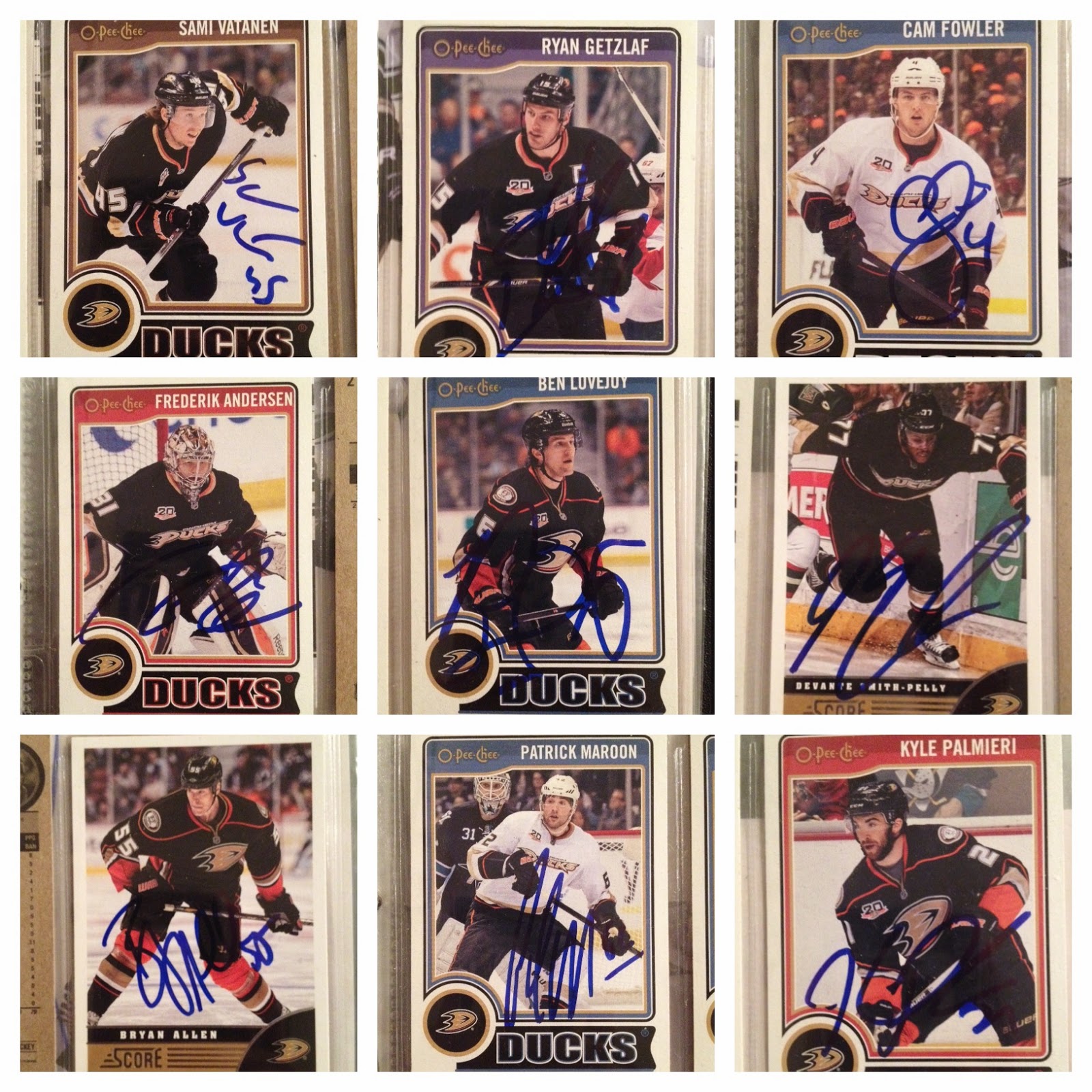 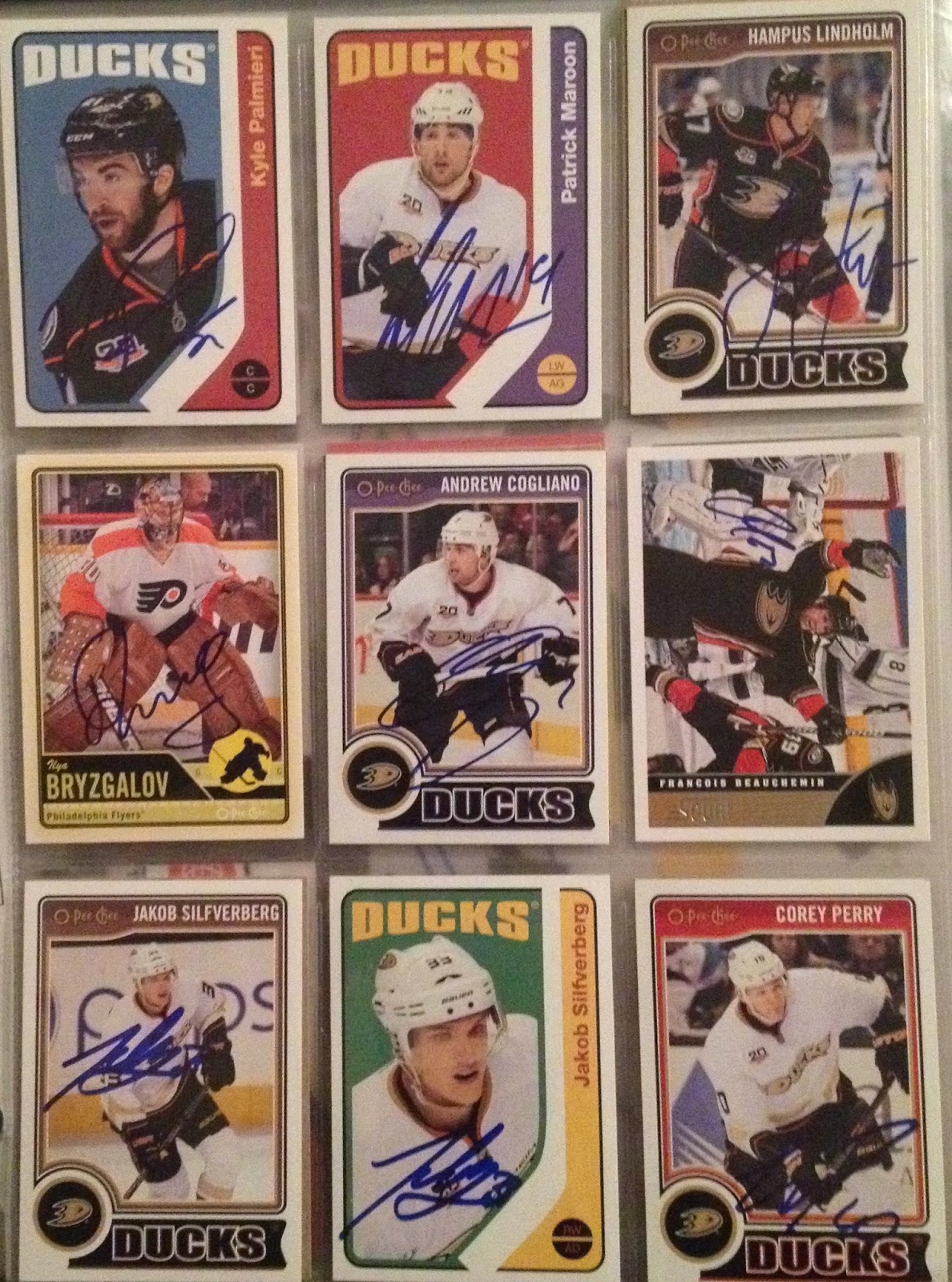 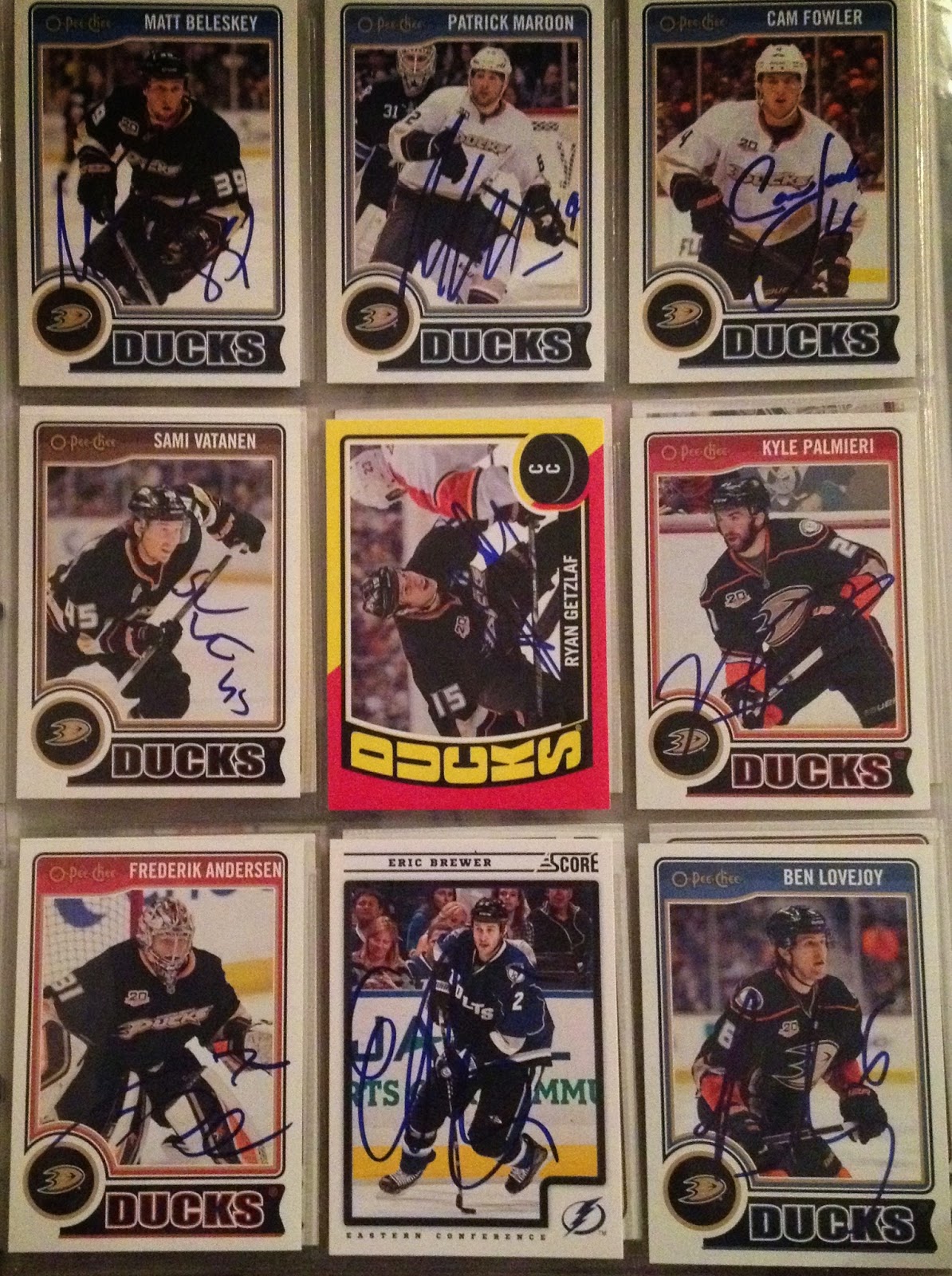 The Ducks are a great team and the couple of days I've spent graphing them has really had me come away with some great signed pucks, photos and cards.
Posted by RJ at 1:00 PM