Last year I went to the Angels yard sale, an event where you can make pick ups of jerseys, autographed items, discounted surplus shirts and things along those lines. I made a nice pick up of a locker name plate from former Angel Randal Grichuk who had been traded that off season with Peter Bourjos for third baseman David Freese.

I decided to take a risk and sent the locker plate to Grichuk in the mail care of the Cardinals Spring Training. It was a risk and I sent it toward the end of Spring so I wasn't sure if it would even get to him before he was moved from the big league camp. A year later I was more than pleasantly surprised to find a large envelope waiting for me in my mailbox. 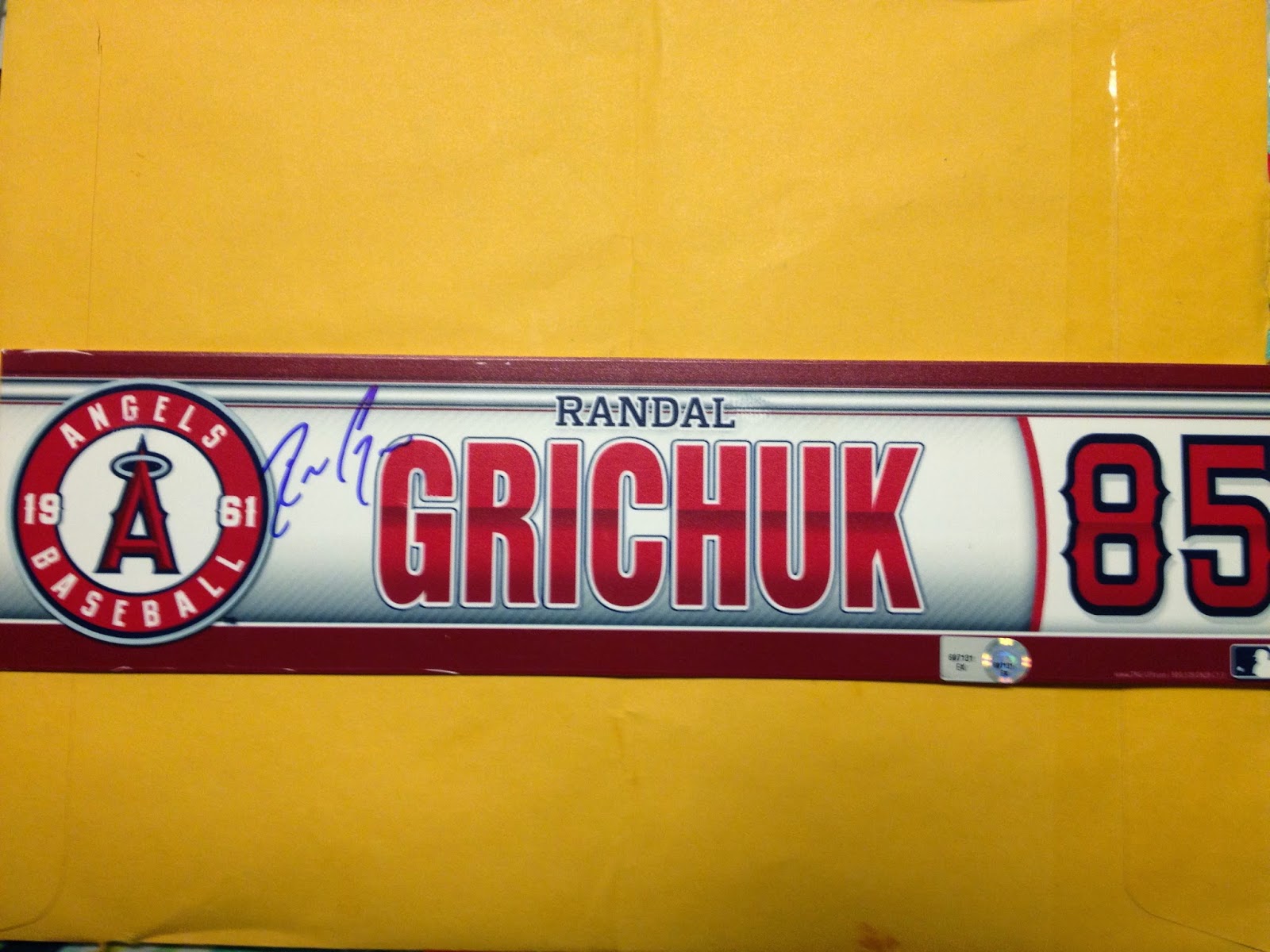 It's nice to get a bigger item like this signed and I'm very happy to have gotten this back since I actually enjoy picking up locker plates randomly from teams. More than worth the wait to have added back to my collection. I'd never gotten Gruchuk's autograph before when he was in the Angels organization so it's also nice to add a first.
Posted by RJ at 12:15 PM