Well folks I thought it'd be a good way to start off 2014 by passing along a Southern California autograph appearance, this one by former NFL QB Vince Ferragamo. Ferragamo is of Los Angeles Rams and Super Bowl XIV fame, appearing on 2 Sports Illustrated covers so he's a nifty pick up for collectors. There are few NFL autograph opportunities in Southern California so be sure to take advantage of the chance graciously provided by Dr. Alex Corbin Liu, an optometrist to the stars and friend of autograph seekers. 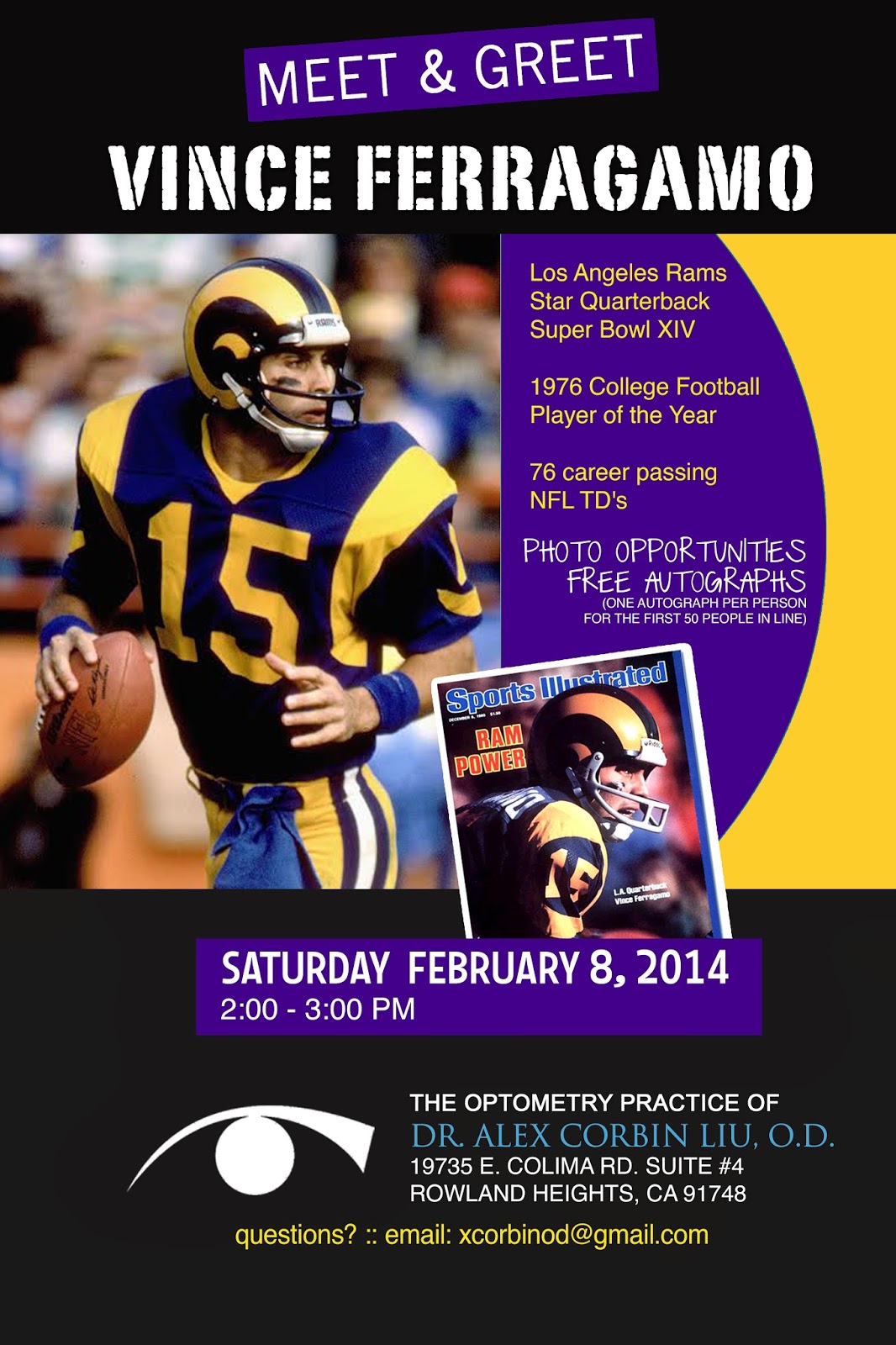 Vince Ferragamo will appear at Dr. Liu's practice in Rowland Heights on Saturday February 8, 2014 from 2:00-3:00 for an autograph and photo opportunity. I've heard previous events held by Dr. Liu have been top notch so check it out if you've got the chance to make it to this Southern California autograph signing.