Part of my goal for this past off season was to increase the events I graph. I tried out the NHL by graphing the Ducks, went to a new charity event and to wrap up the season decided to try out a comedy club. Actor and comedian Mike Epps was performing at the Ontario Improv so I decided to try getting him to put in my collection. He's hilarious and been in numerous hit movies so I thought it'd be a fun way to try graphing something new while adding part of Hollywood to my collection.

To be honest this was a lot harder than I anticipated. First off the Ontario Improv has 3 different entry doors with 4 different parking lots with 3 separate walkways and rear mall access. Essentially to have no blind spot you're too far back from the different lots to actually do anything besides see the guy walk in. To make matters even better I decided to go hang out and wait on a Friday during a 3-day weekend. Did I mention the Improv is directly across from an AMC movie theatre and Gameworks also shares the courtyard too? Yeah supposedly I'm supposed to be good at this kind of thing.

I missed Mike Epps walking in because of misplaying my positioning with the lots and just being overwhelmed with the sheer volume of faces to check as they walked into and out of the mall/Gameworks/AMC. I returned home disappointed to miss my chance but after recharging my batteries and catching a bite to eat I decided I wouldn't be blanked by Mike Epps. I returned to the club to try catching him after his second show. Well wouldn't you know I was able to find him the second time!

First he was nice enough to sign a photo of him playing Day-Day in Friday After Next. Yes he did misspell my name, but I don't think Day-Day would be that great a speller do you? 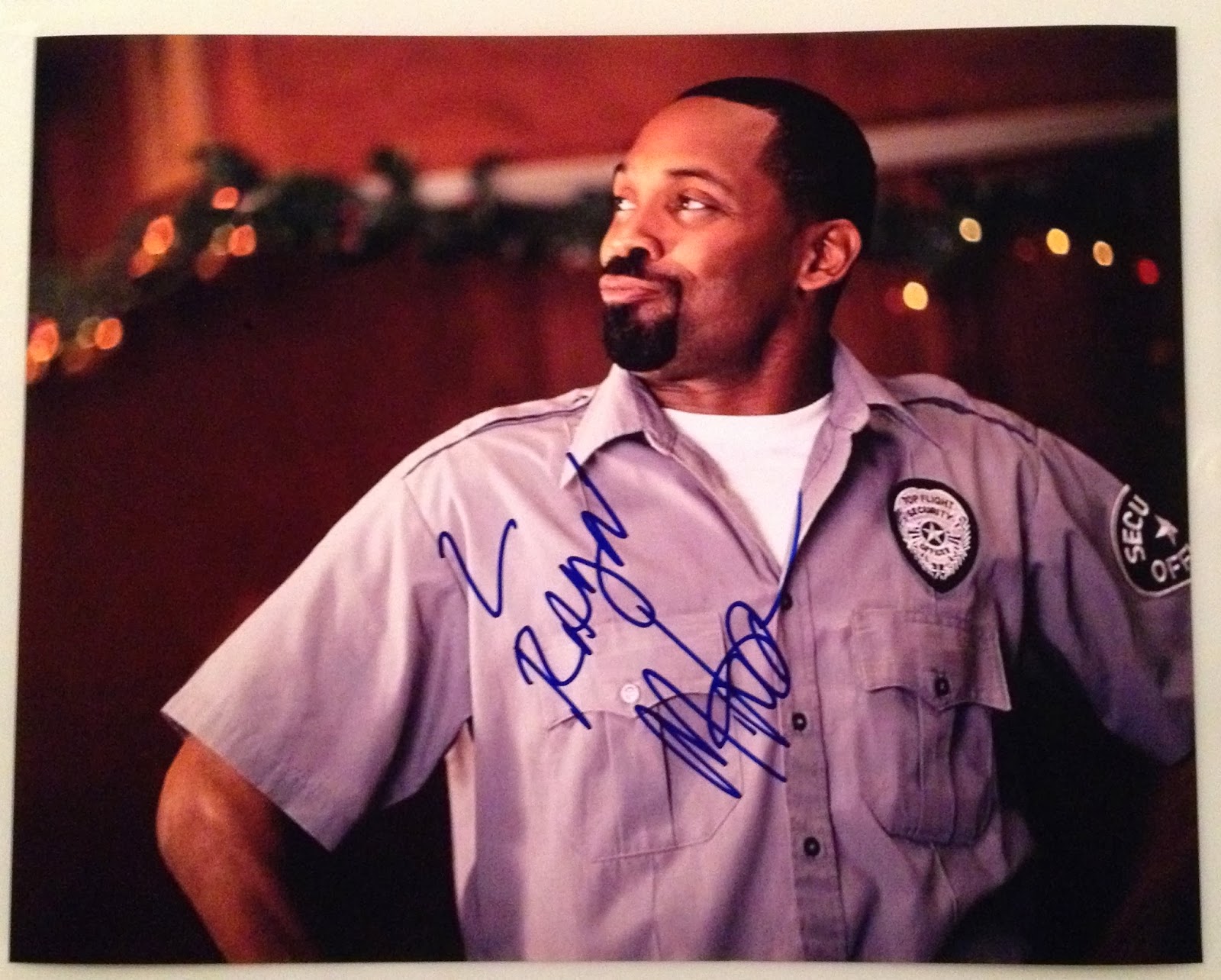 After signing the first photo he signed a photo from The Hangover 3 playing Black Doug, but he spelled my name correctly in this one. 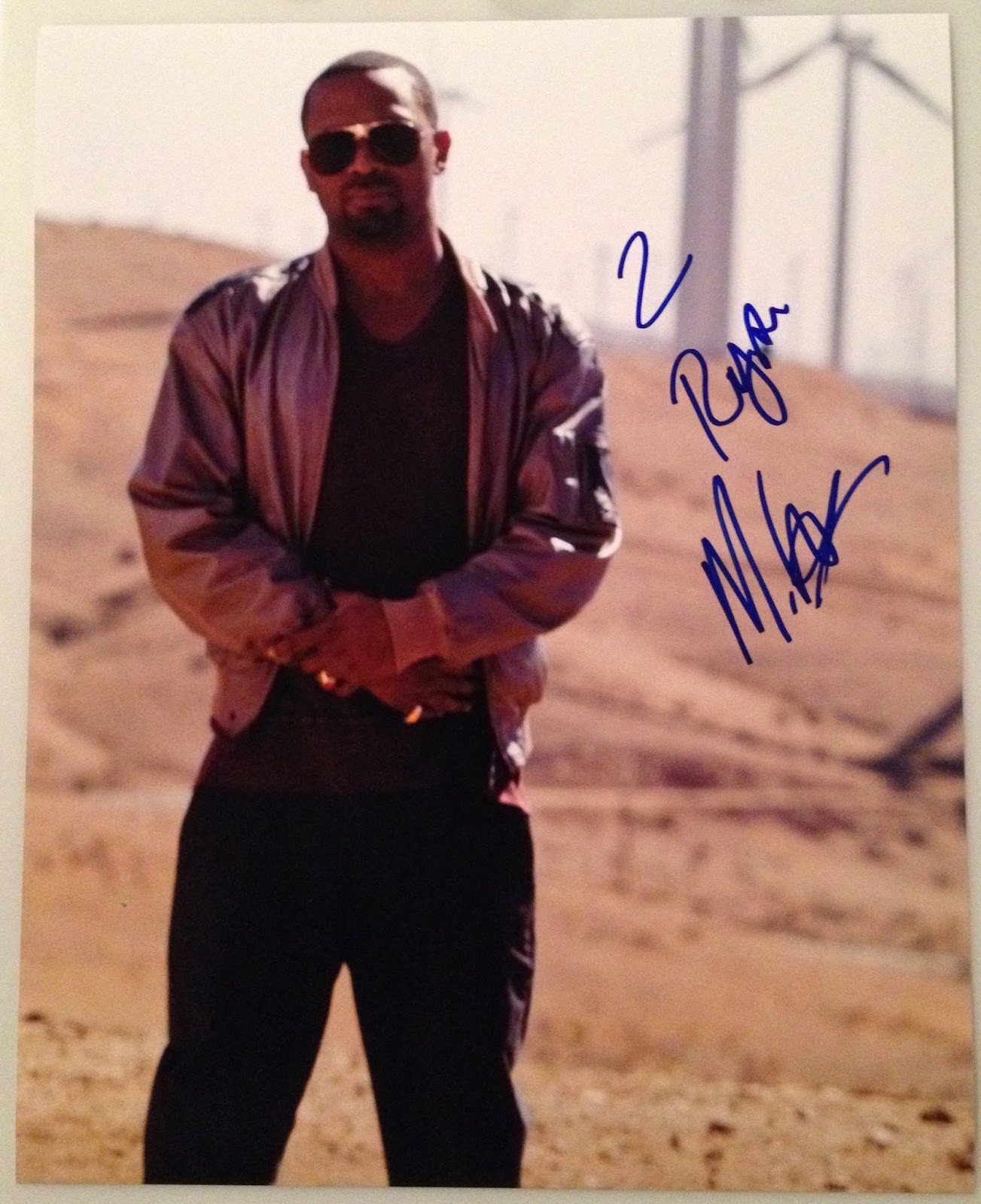 I'm really glad to add these Mike Epps' autographed photographs to my collection considering he's been in numerous successful movie franchises. The "Friday", "Hangover and "Resident Evil" franchises are all some serious credits so I'm happy to have Epps autograph. He was really pleasant to talk to, didn't mind taking the time to signing the multiples and took a photo with me. It was a great experience to meet him and I'm glad I stepped up my game to get the actor's autograph.
Posted by RJ at 3:00 PM