I was able to pick up this Ronda Rousey autographed poster and add it to my collection. There's no doubt now that I'll be adding more Ronda pieces whenever I can. I was able to get this autographed poster through participating in a contest supported by the Team Rousey that raises awareness and earns rice for the World Food Program. It's a great cause and part of how Ronda prepares for her upcoming fights, putting a spotlight on those who hunger while she makes weight to fight and maintain her reign as UFC Women's Bantamweight Champion. This specific poster was what I earned from the contest when Ronda prepared to fight Miesha Tate. 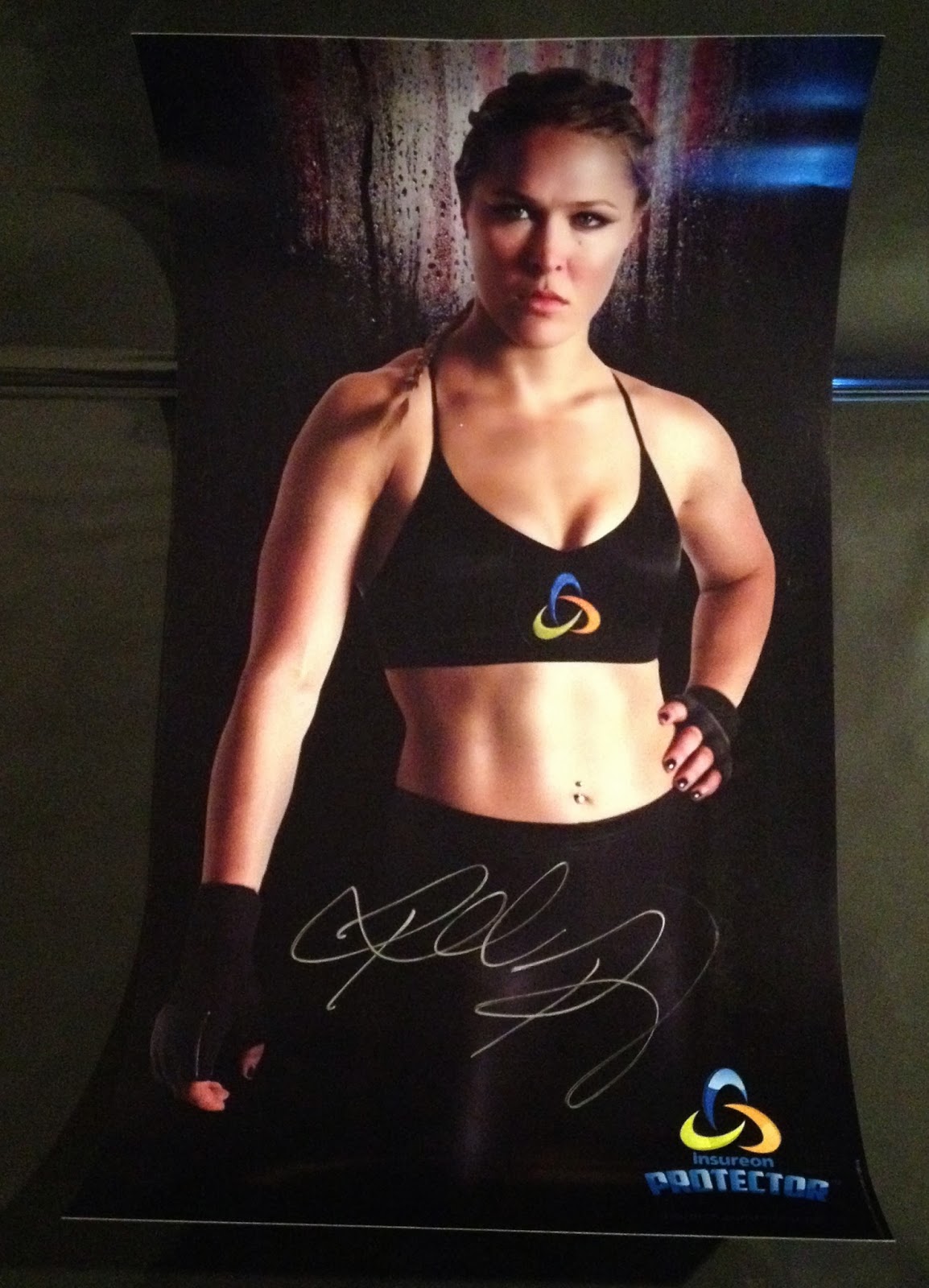 I'm not sure if I'll get this one PSA'ed like my 11x14 Ronda but I'm thinking it deserves a frame still.