If you saw the previous post about Liz Carmouche's autograph I sent out a few TTM's though they weren't the normal baseball ttm requests that I send out. I sent autograph requests to MMA fighters and today I got a successful reply from UFC fighter and former Strikeforce Welterweight Champion Tarec Saffiedine.

I was happy to get Saffiedine's autograph because I like him as a fighter and am looking forward to him having a successful career in the UFC. He has the distinction of being the last Strikeforce champion ever winning the welterweight belt against Nate Marquardt in the promotion's final fight before closing. I'm looking forward to seeing what he can do now that he's gotten off to a solid start winning Fight of the Night honors in his UFC debut. The photo that I sent to him is actually from his win in his UFC debut against Hyun Gyu Lim. 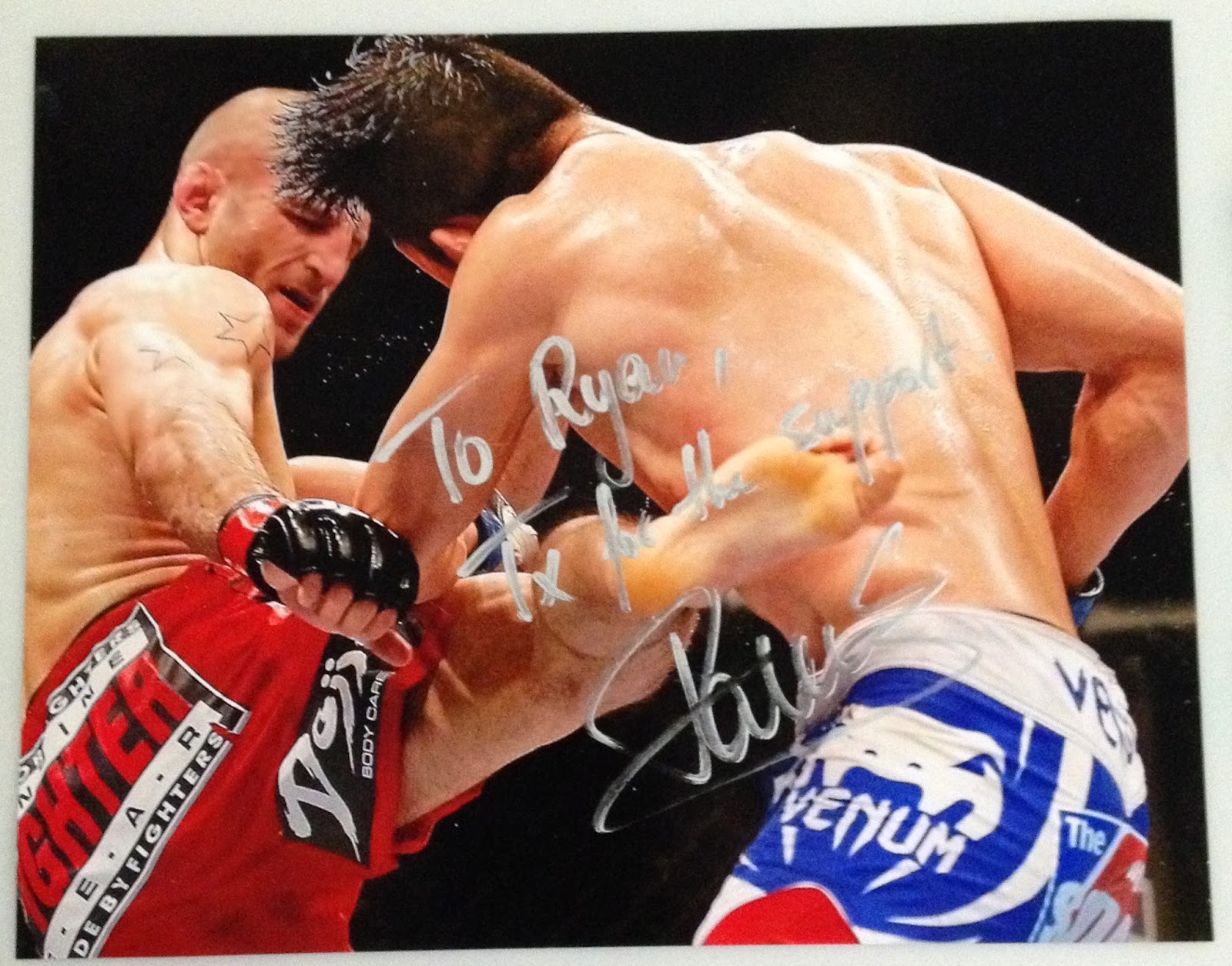 I got this Tarec Saffiedine autographed 8x10 photograph returned to me after days that I sent to him at Dan Henderson's gym. He was nice enough to inscribe it to me "To Ryan Tx for the support" and I'm glad to have Tarec Saffiedine's autograph in my collection.