As I posted previously when I put up the Kenley Jansen autograph I got I went to Dodger Stadium to graph the Angels. The following day was the Angels pitiful excuse of a "fiesta" fan fest, Mike Trout extension press conference and Dodger game. This year I'll be beginning the long and arduous task of collecting the Topps Heritage 2014 set and getting it autographed. I've bought a complete low number set and am working on assembling the short prints.

The first card I got signed for my set was my David Freese short print during Spring Training so it was time to finally get to work on the set. While at Dodger stadium I was able to get Kole Calhoun to sign his heritage and inscribe "Red Baron" on it. 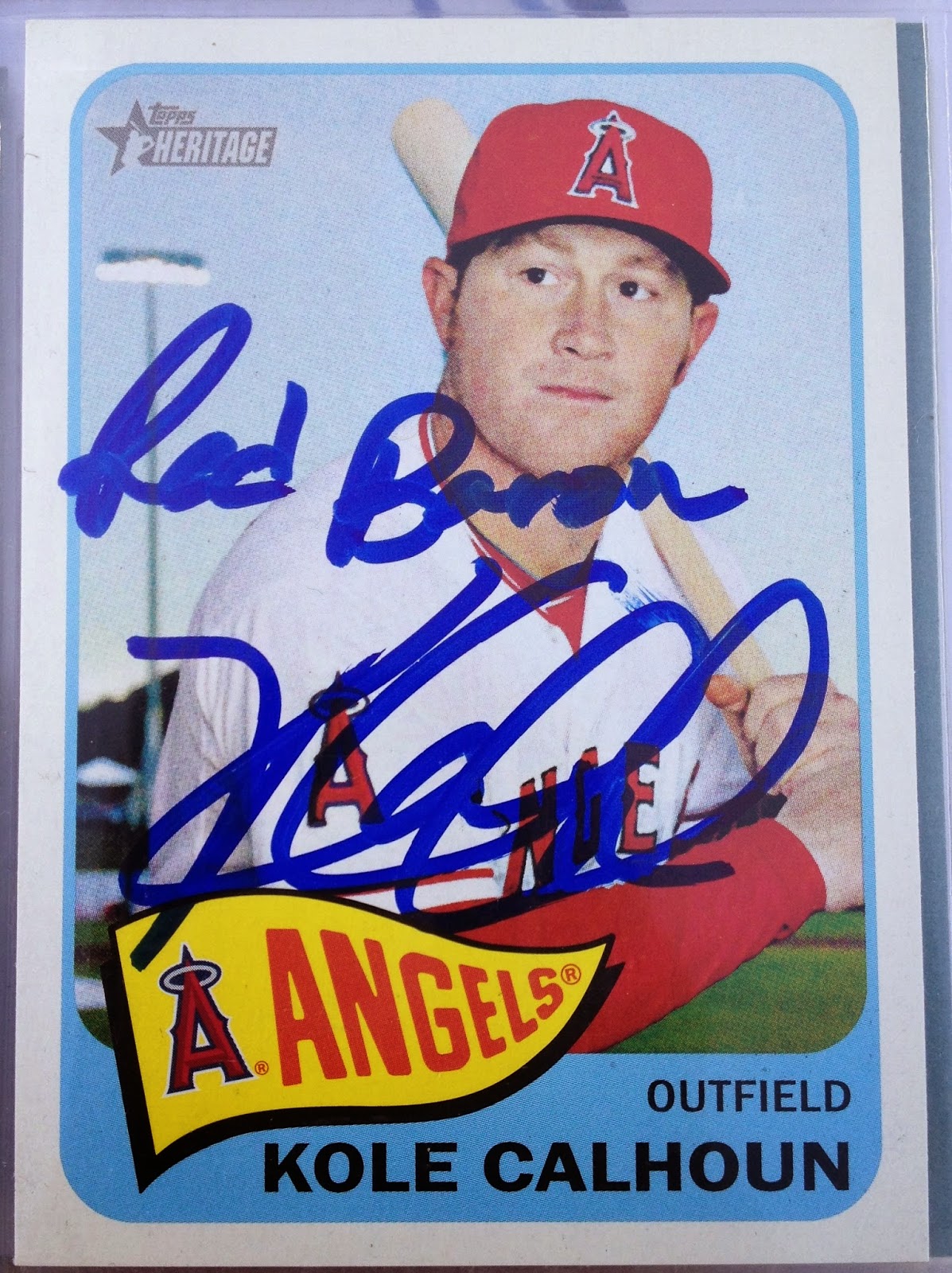 I started off the next day Saturday at Angel Stadium getting this Matt Shoemaker autograph on his Rookie stars card with my buddy David. 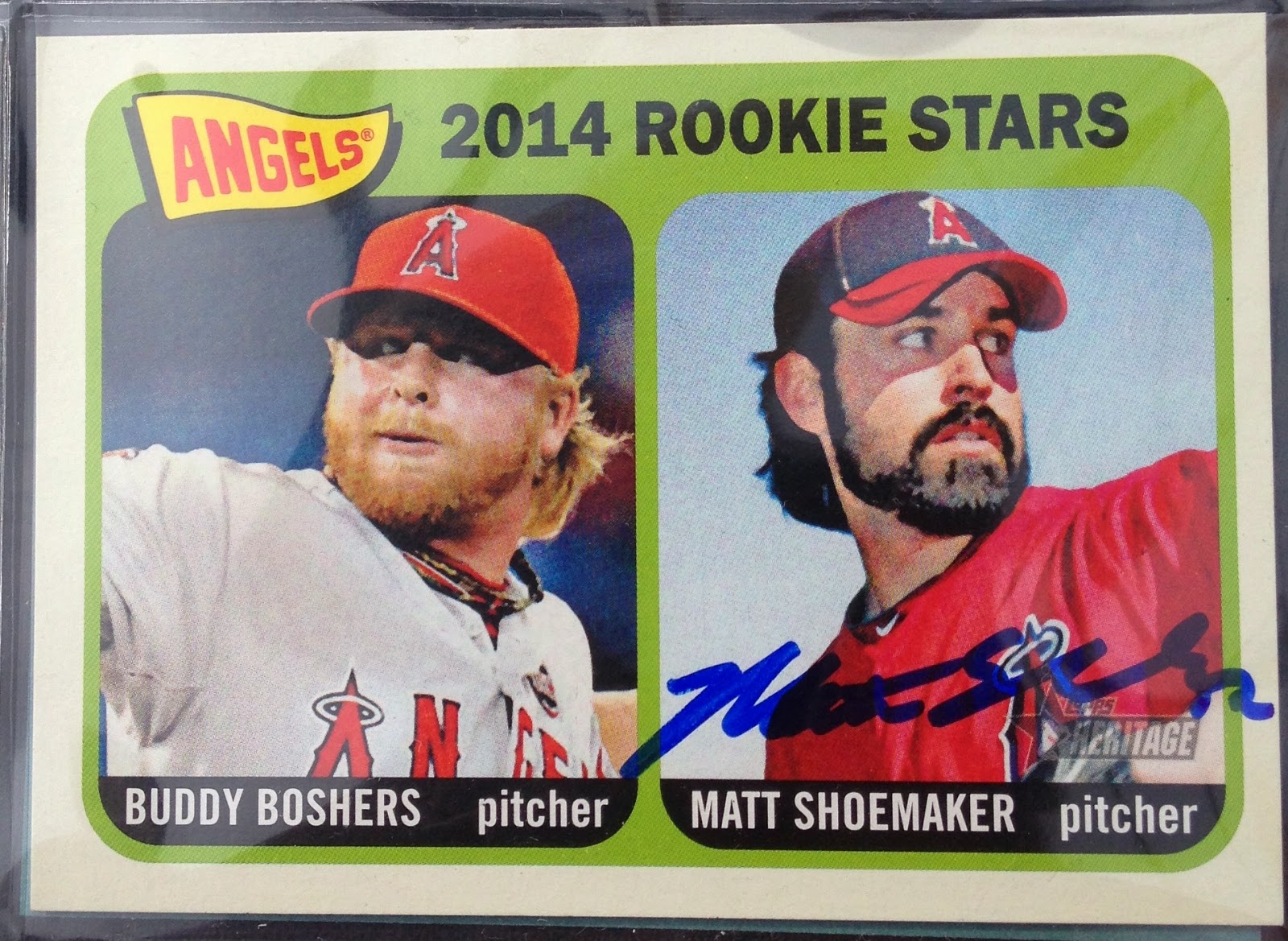 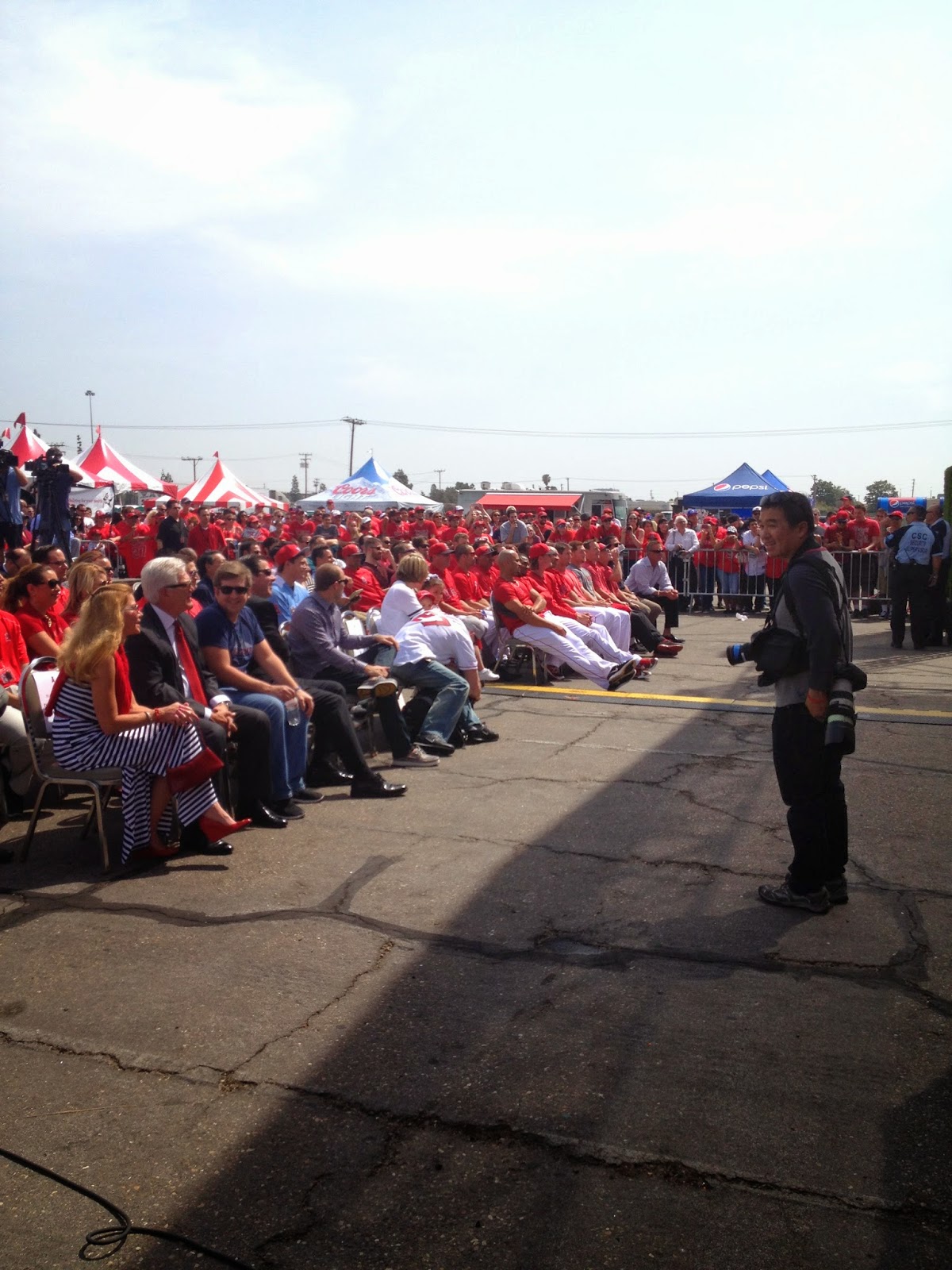 We went inside the stadium and I was able to get a long time favorite Matt Kemp's autograph on his heritage card when he finished his batting practice session. 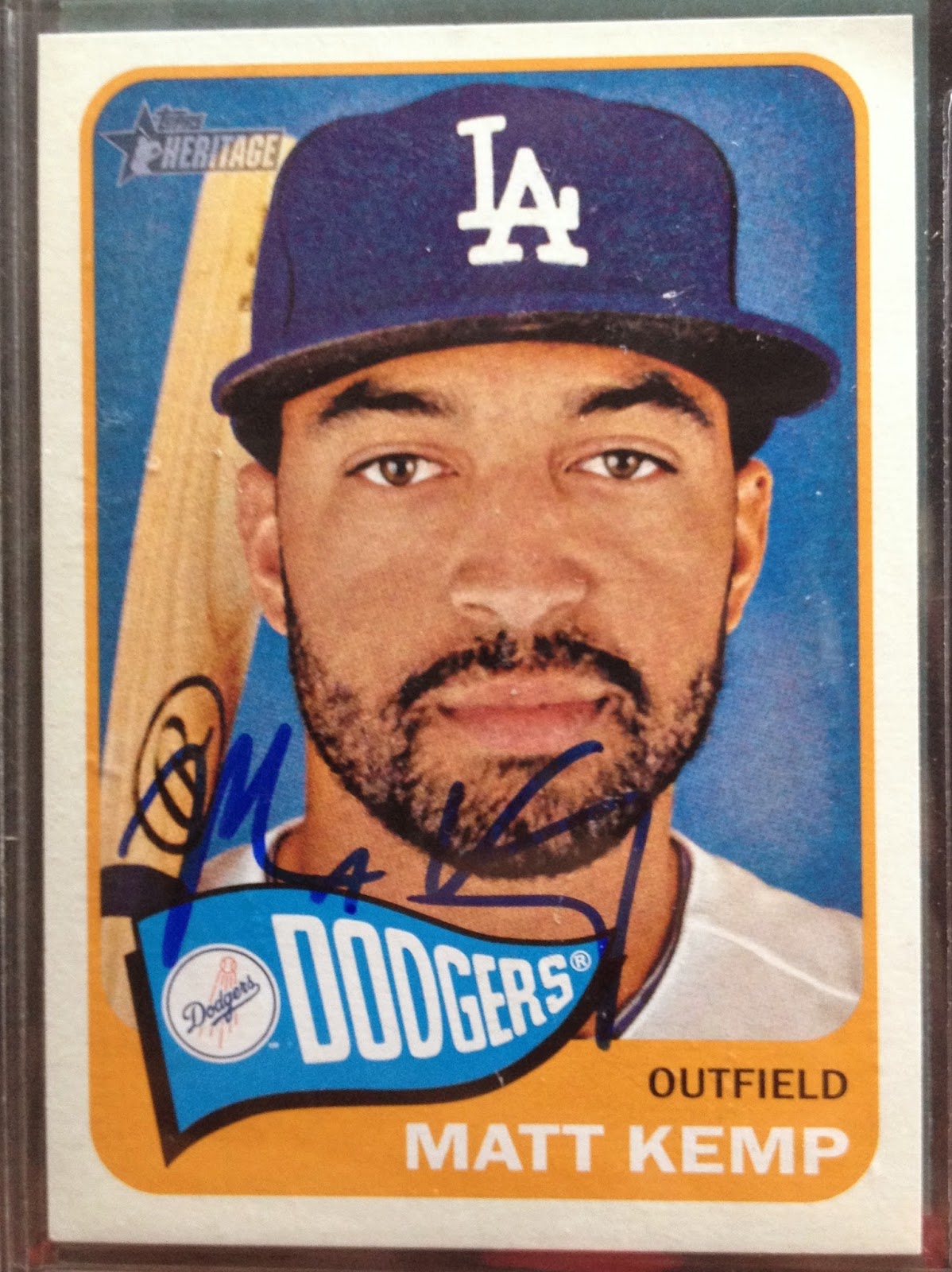 After Kemp signed I waited for the rest of batting practice to finish up, but it was slow so I tried my luck with the players when they stretched. I got my Carl Crawford autographed card, even though it wasn't the best signature. 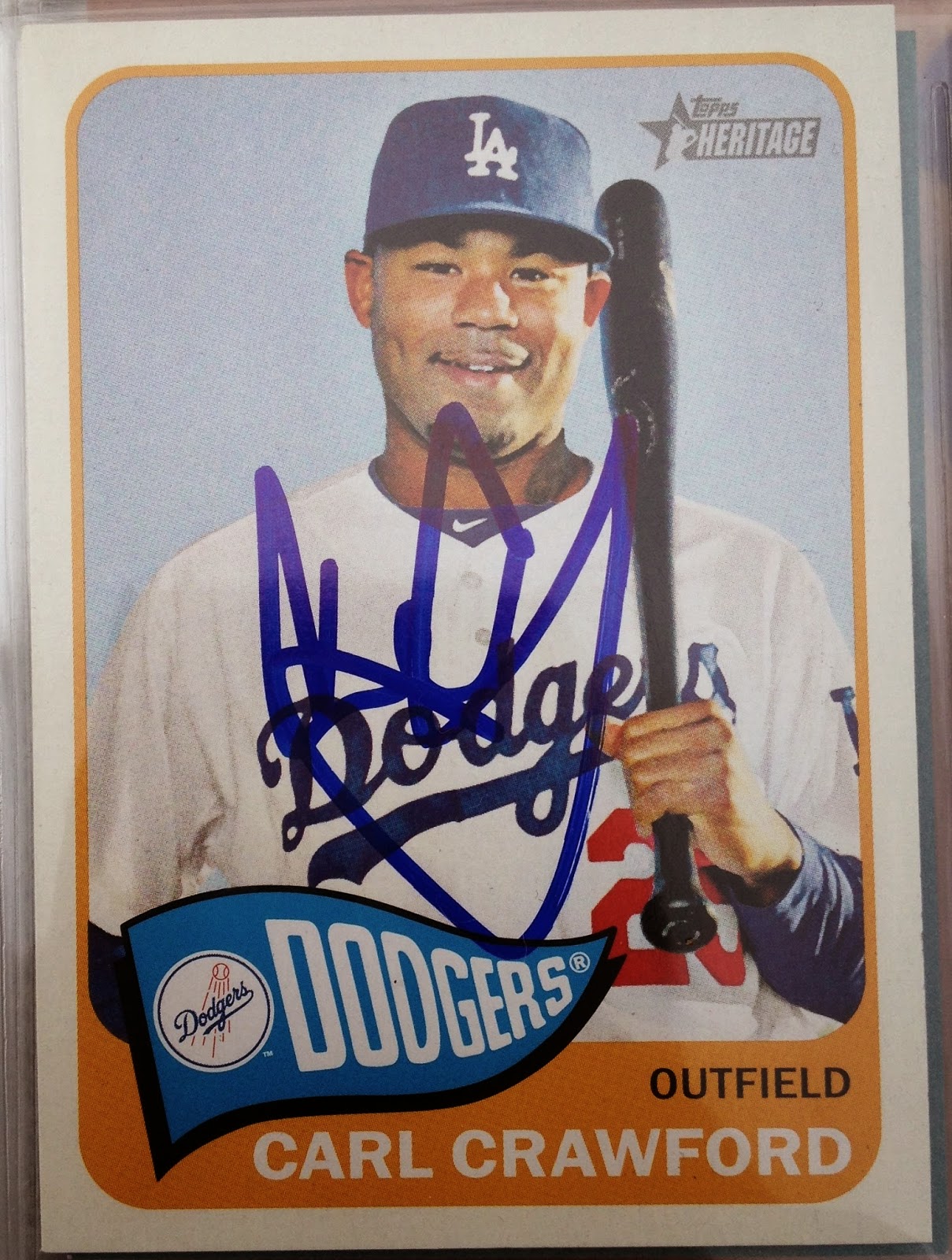 Post game was a bust as I got shot down by the players as they left for San Diego to start the regular season.
Posted by RJ at 1:52 PM