Recently Curtis Granderson has been in the news since an incident where a fan touched Grandy during a game. Surprising to most people Curtis didn't press charges against the fan, but I don't find that very surprising at all. Since his days in Detroit and even as a Yankee and still as a Met Granderson has proven himself to be one of the classiest ball players out there.

I had the chance to get the former 3rd round pick of the 2002 MLB draft finally for my collection. He's a Silver Slugger winner, multiple time All-Star and received the Marvin Miller Man of the Year award. He does a little bit of everything with reasonable numbers in every category and has proven to be the nicest guy in my run in with him. 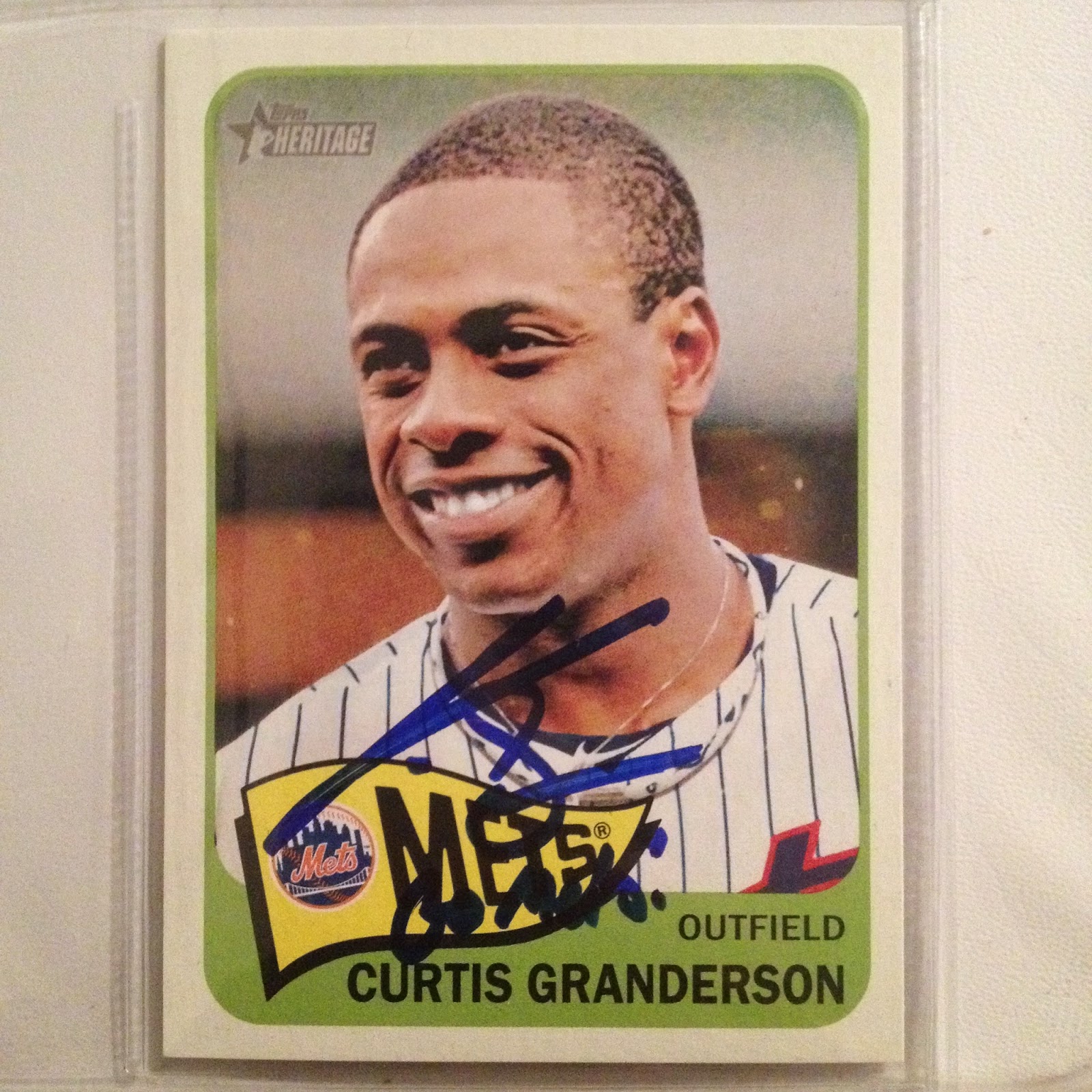 Grandy was very polite while signing for a few fans responding to questions and asking about our day while he autographed our items. I told him I was sorry he had that bad encounter with a fan here in Southern California and he was very polite about the whole thing. I'm really glad to add this Curtis Granderson autographed 2014 Topps Heritage inscribed "Go Mets!" to my collection and cross his short print off the list.
Posted by RJ at 8:35 PM