It's not often that I prospect on players, but every once in a while I have to take a shot after watching the guy with my own eyes. After watching this weeks 2014 Opening Series at Angel Stadium between the Angels and Mariners I decided I had to get shortstop Brad Miller's autograph.

Miller's a top prospect who was drafted in the 2nd round of the 2011 MLB draft he's flown through the minors to the bigs. Now that he's established himself he is making a solid name for himself as a big leaguer after last season's call up. In his short career so far he's shown to have big boom in his bat with 4 multi-home run games. 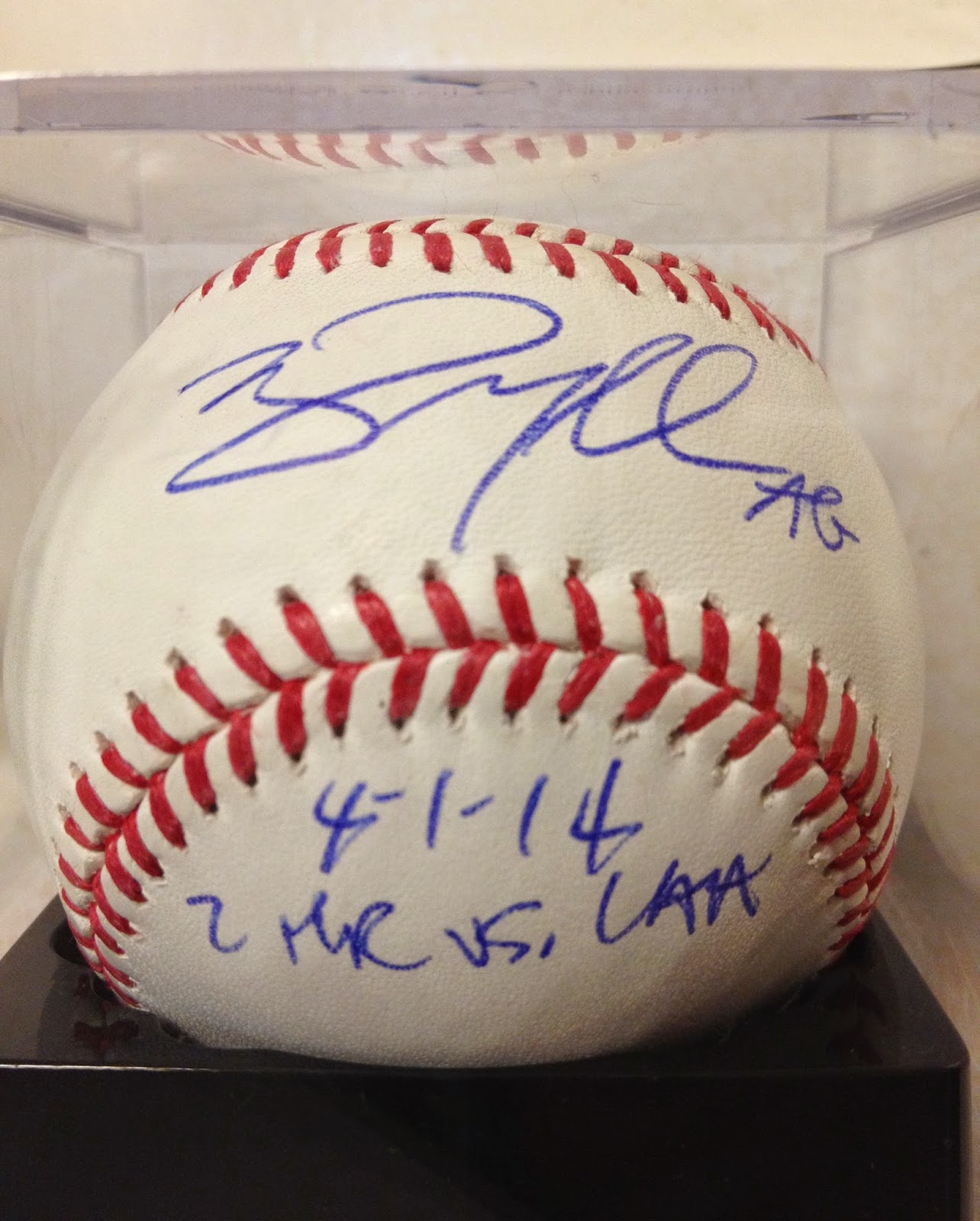 I got this Brad Miller autographed baseball inscribed "4-1-14 2 HR Vs. LAA" at Angel Stadium during the 2014 season. Brad was really nice to stop and put the inscription for me, I appreciated it and am looking forward to watching more of him.
Posted by RJ at 1:37 PM