Dodgers starting pitcher Josh Beckett was slated for a surprise rehab start in Rancho Cucamonga. With the Dodgers home opener the same day I figured the graphers would be light in attendance and I'd be able to knock out a big autograph for myself without having to go to LA.

The day started off well with much hyped prospect Corey Seager signing a 2013 Bowman prospect card for me. I've seen Corey be a good signer the past few times I've gone to Rancho, but I've never had anything for him so I made sure to bring along a card this time. He was really nice and I'm glad to have finally gotten a Corey Seager autographed Bowman card in the collection. 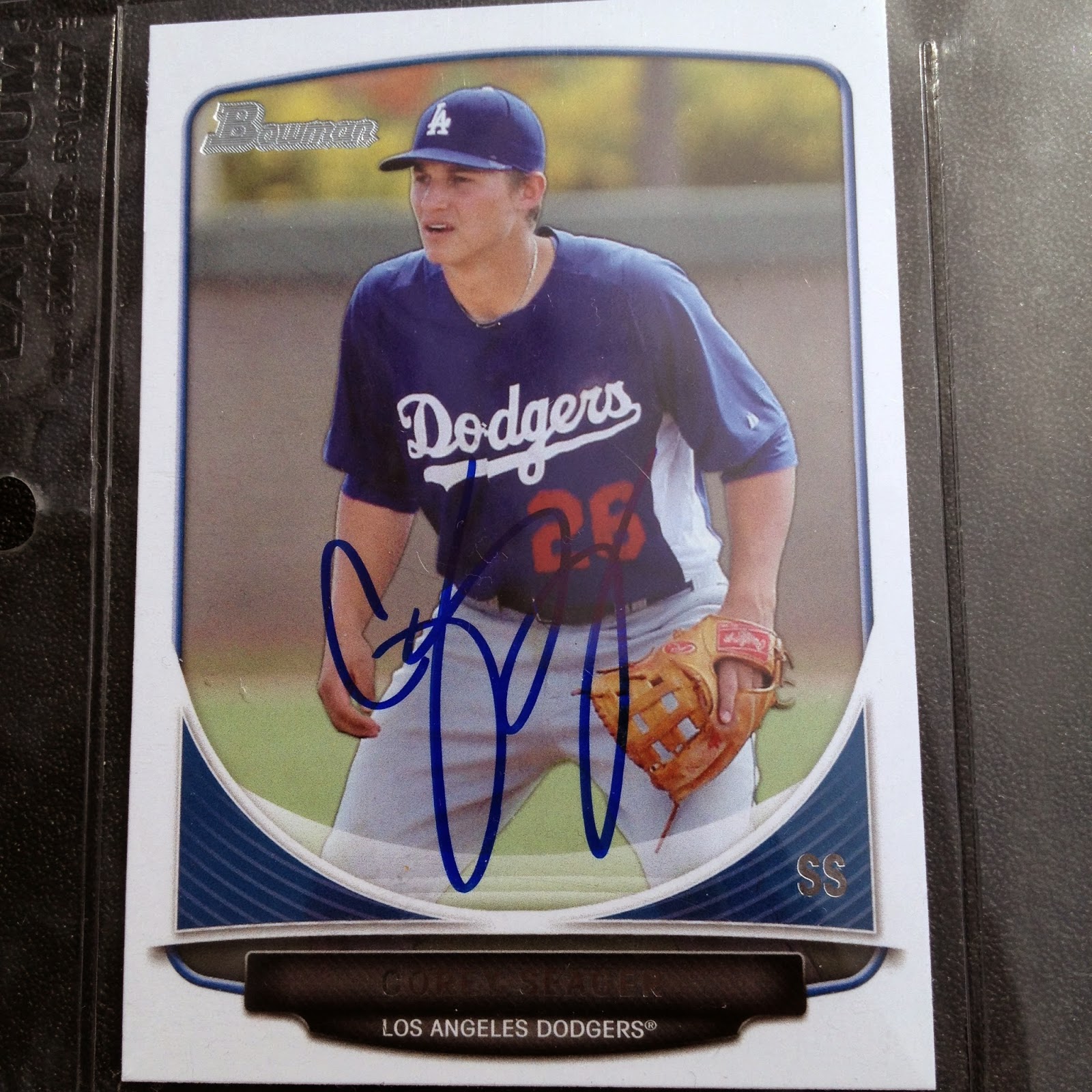 After Seager came in a steady stream of minor leaguers made their way in before Beckett finally came. Josh autographed my Fenway seat back, and it was a big addition for me to put the 2007 World Series Champion on it. 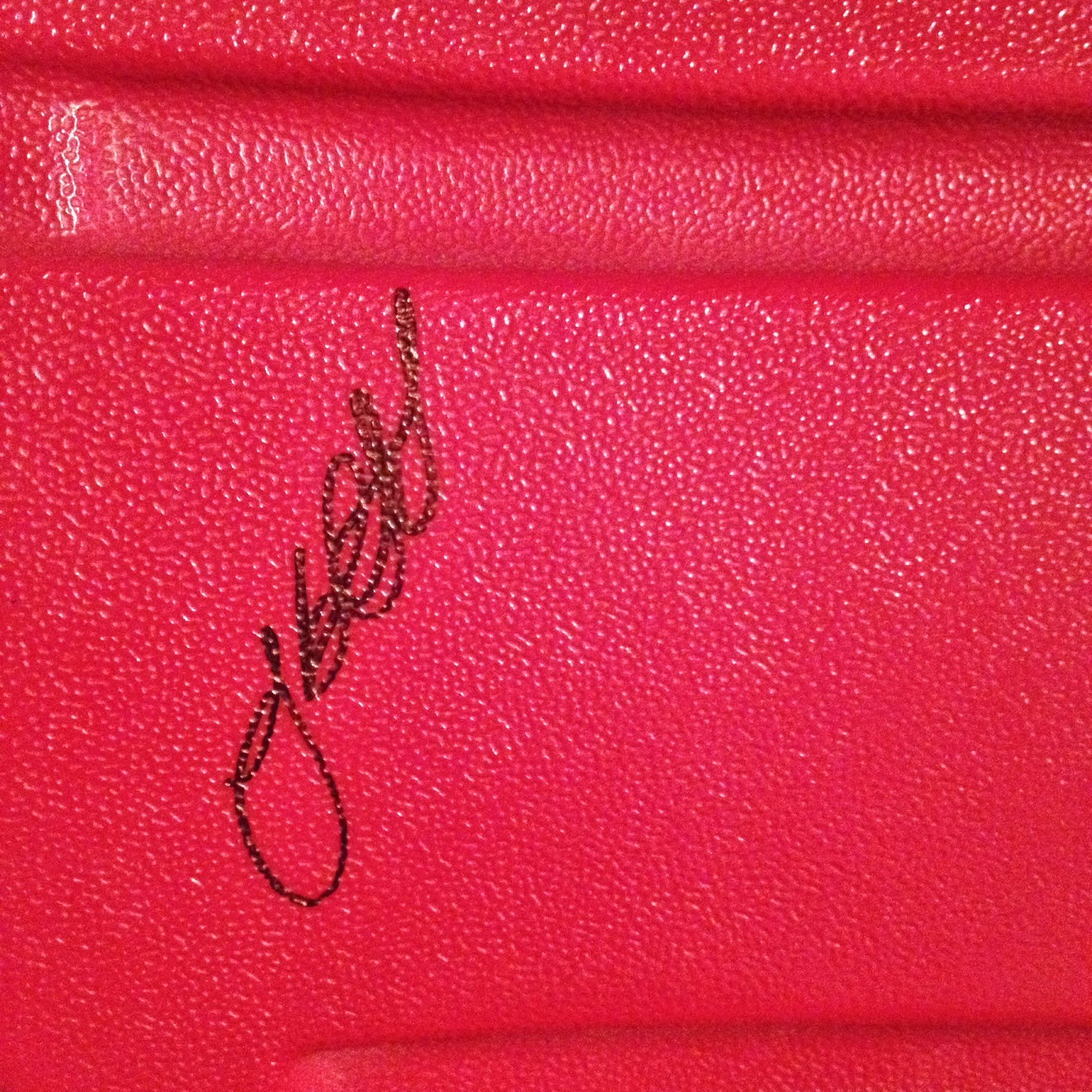 After Beckett signed I returned home and waited to head back to Rancho for the game. I went inside and ran into fellow graphers Matt and David and it began the second part of the day. 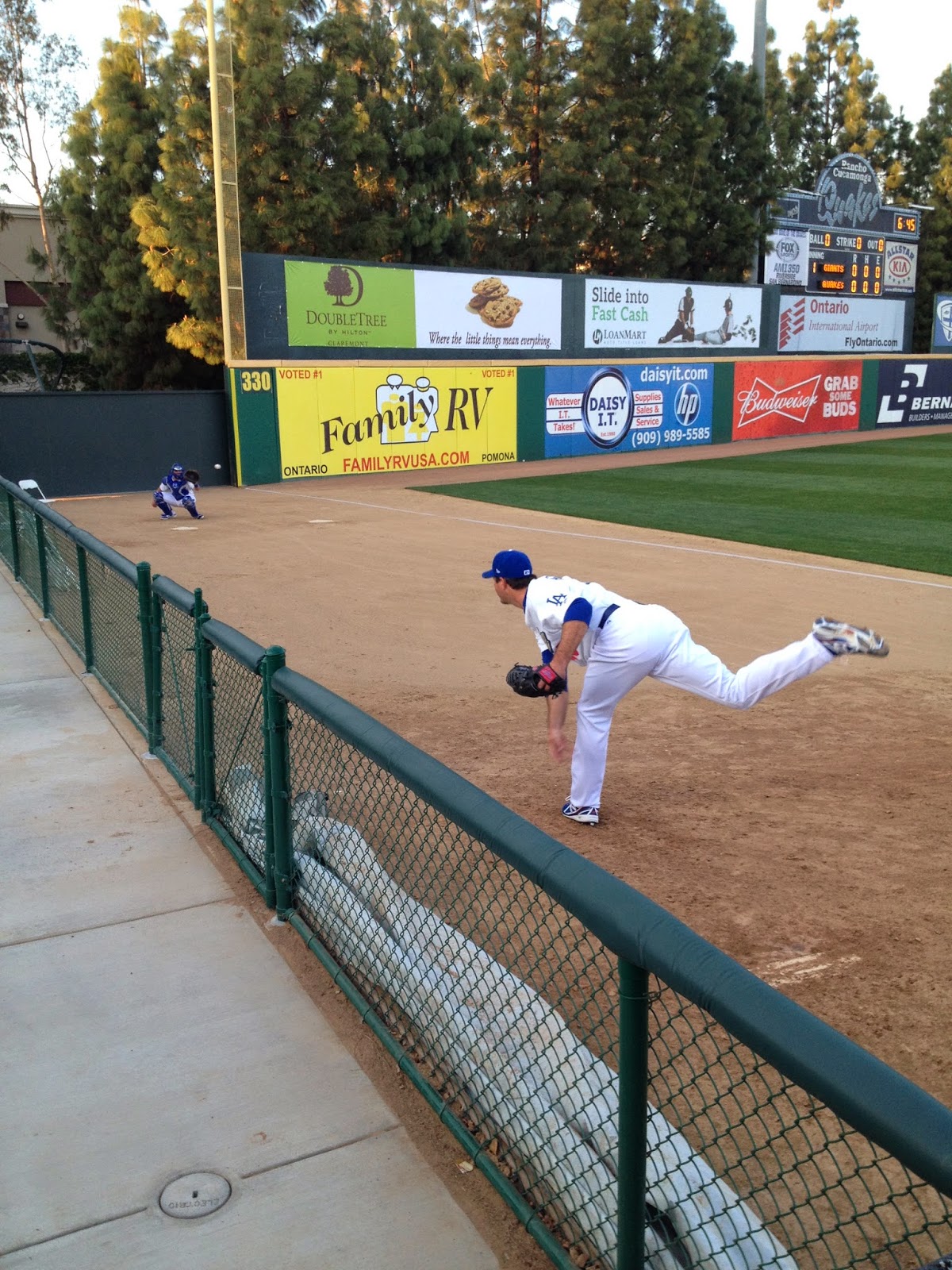 Finally Beckett left his rehab start and signed a for a few fans, he ran with a black sharpie and I was able to get my 2014 Topps Heritage card done for my set. 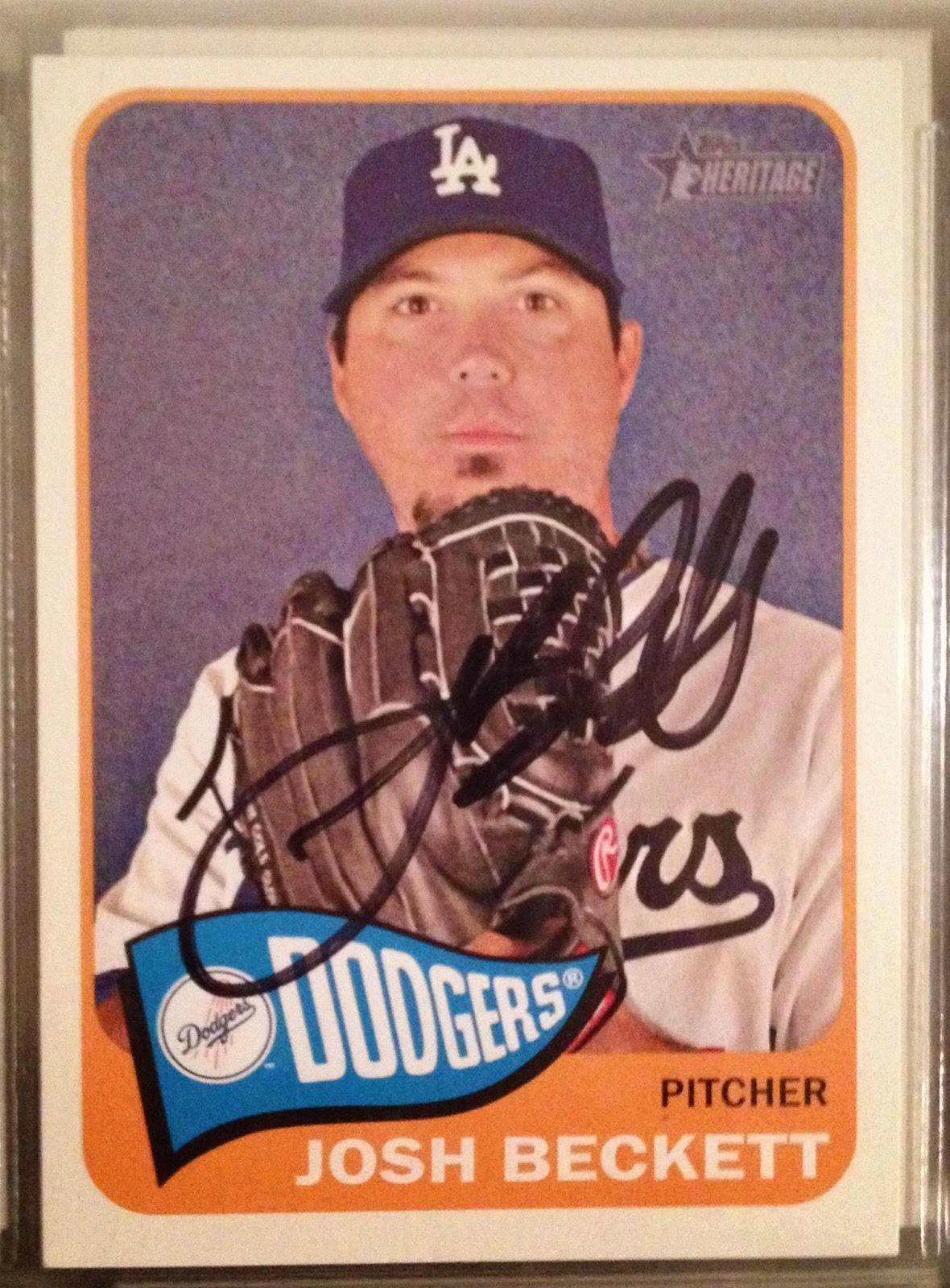 To cap the day uber prospect Julio Urias also signed after the game. I remember watching Puig walk past me in Rancho and regret never taking a shot at him considering how things turned out. I wasn't going to let this happen again so I got this Julio Urias autographed baseball and had him sign his Quakes debut ticket. 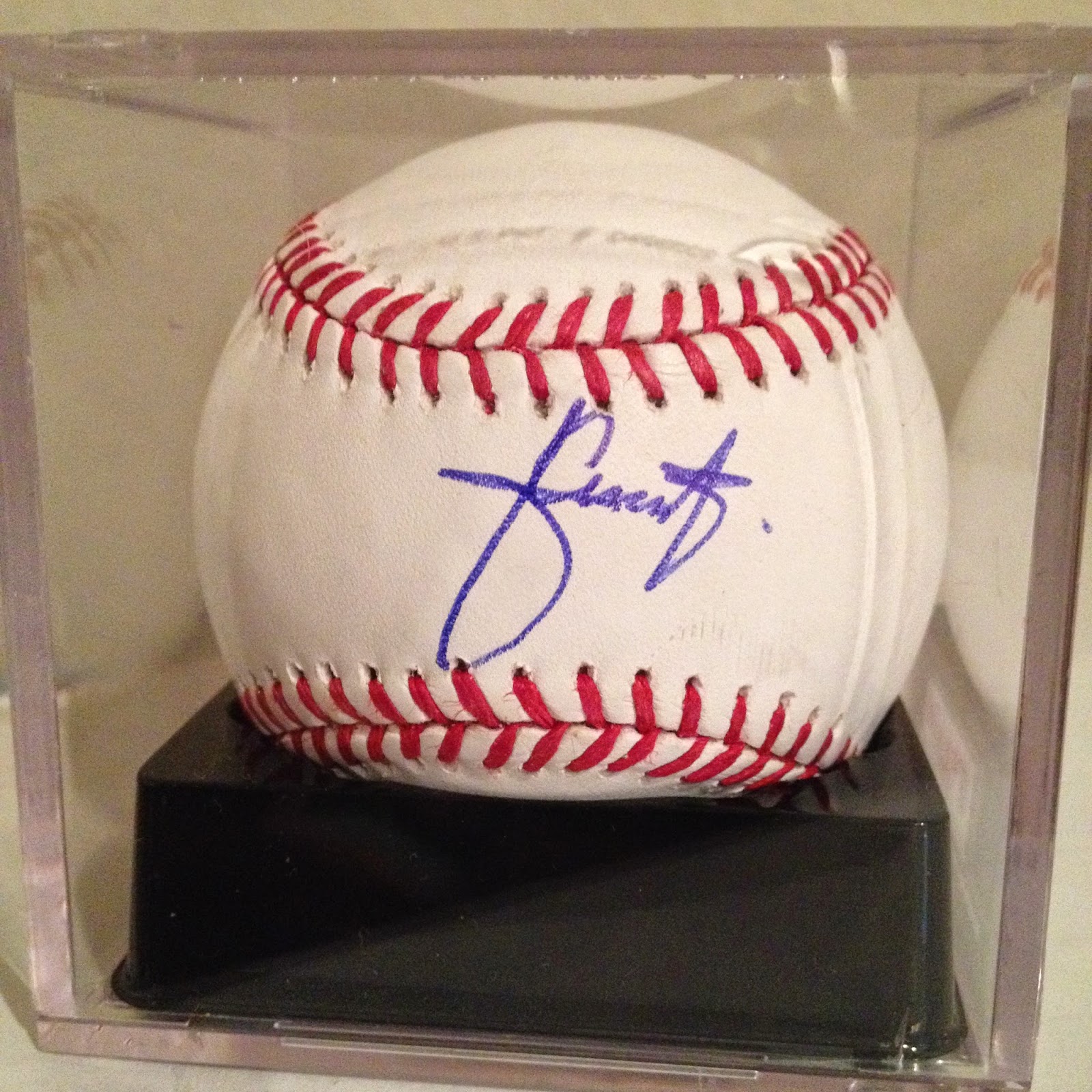 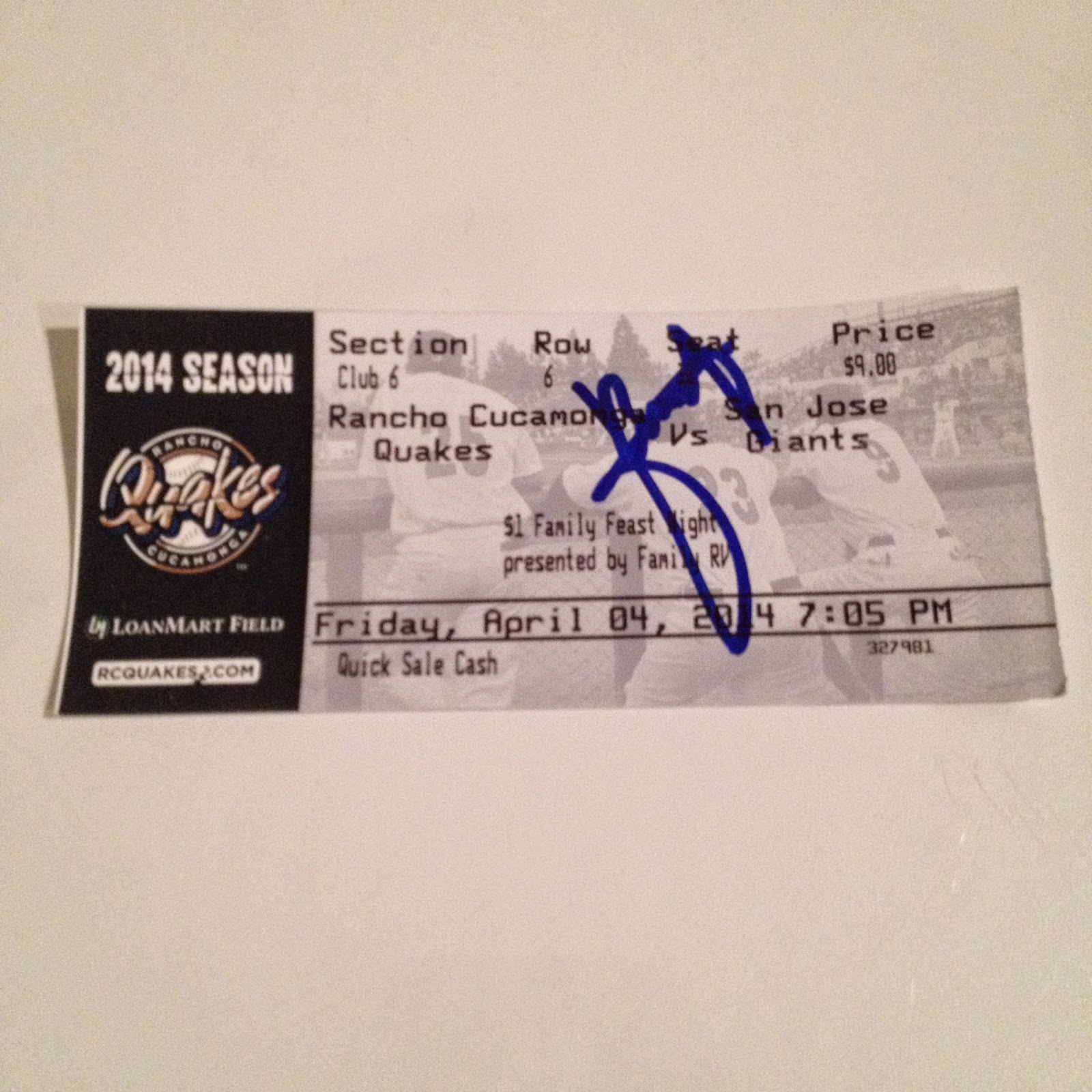 It was a very long but satisfying day to knock off a card for my set, pair of top prospects and my Fenway seat back.
Posted by RJ at 12:06 PM