Well the day after I went to Rancho for Josh Beckett's rehab start I was back in the car heading out to try and catch Brian Wilson doing his own rehab assignment.

I got there later than for Beckett since I didn't have a need for the minor leaguers and waited for Wilson. Apparently he caught very heavy traffic on the drive in so he didn't sign since he arrived barely before the gates opened. 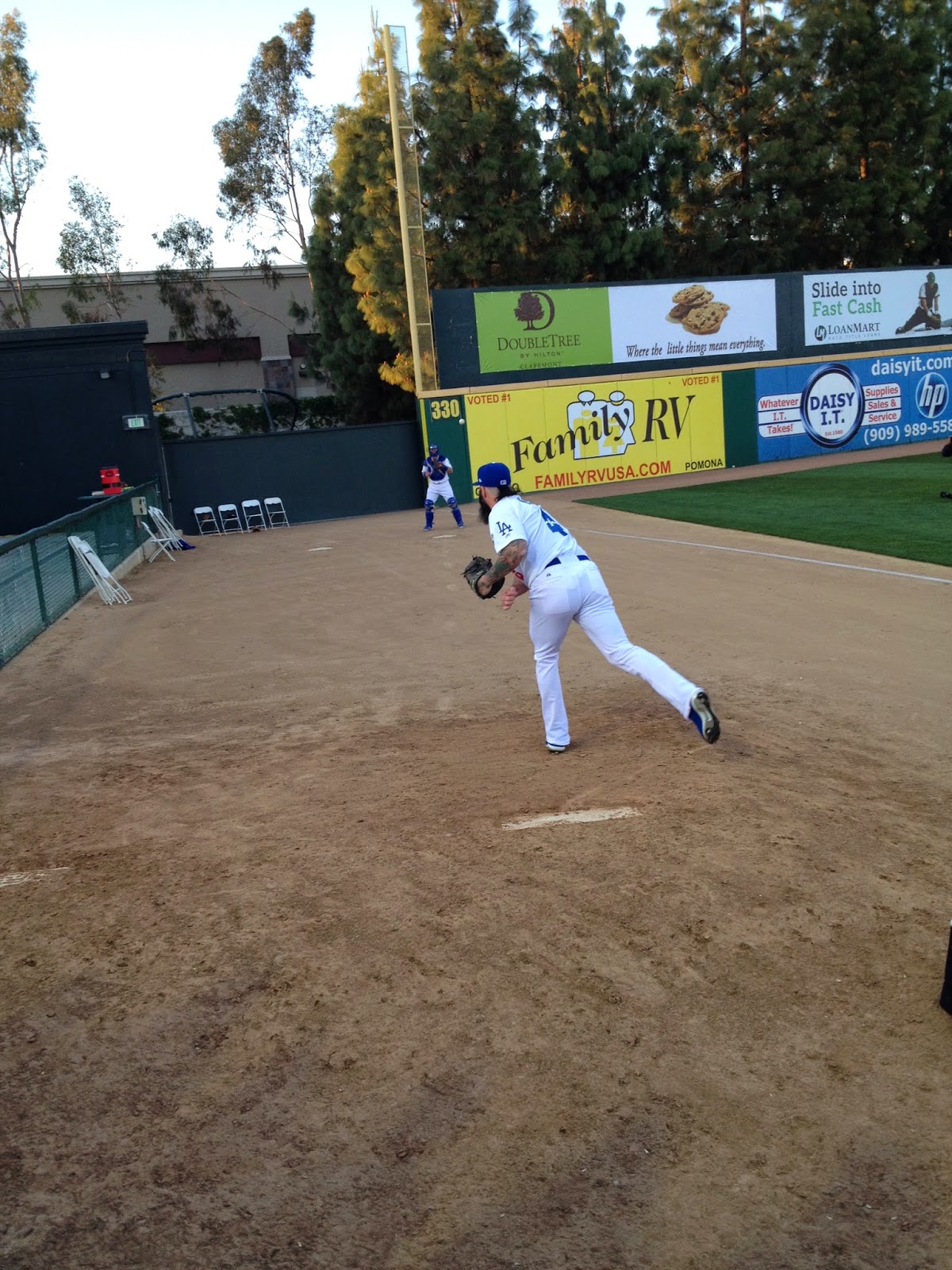 Note the shoes. Only Brian Wilson could get away with that. I like how these are done in the team colors so he can have his personality and avoid another notice from MLB about his flair. 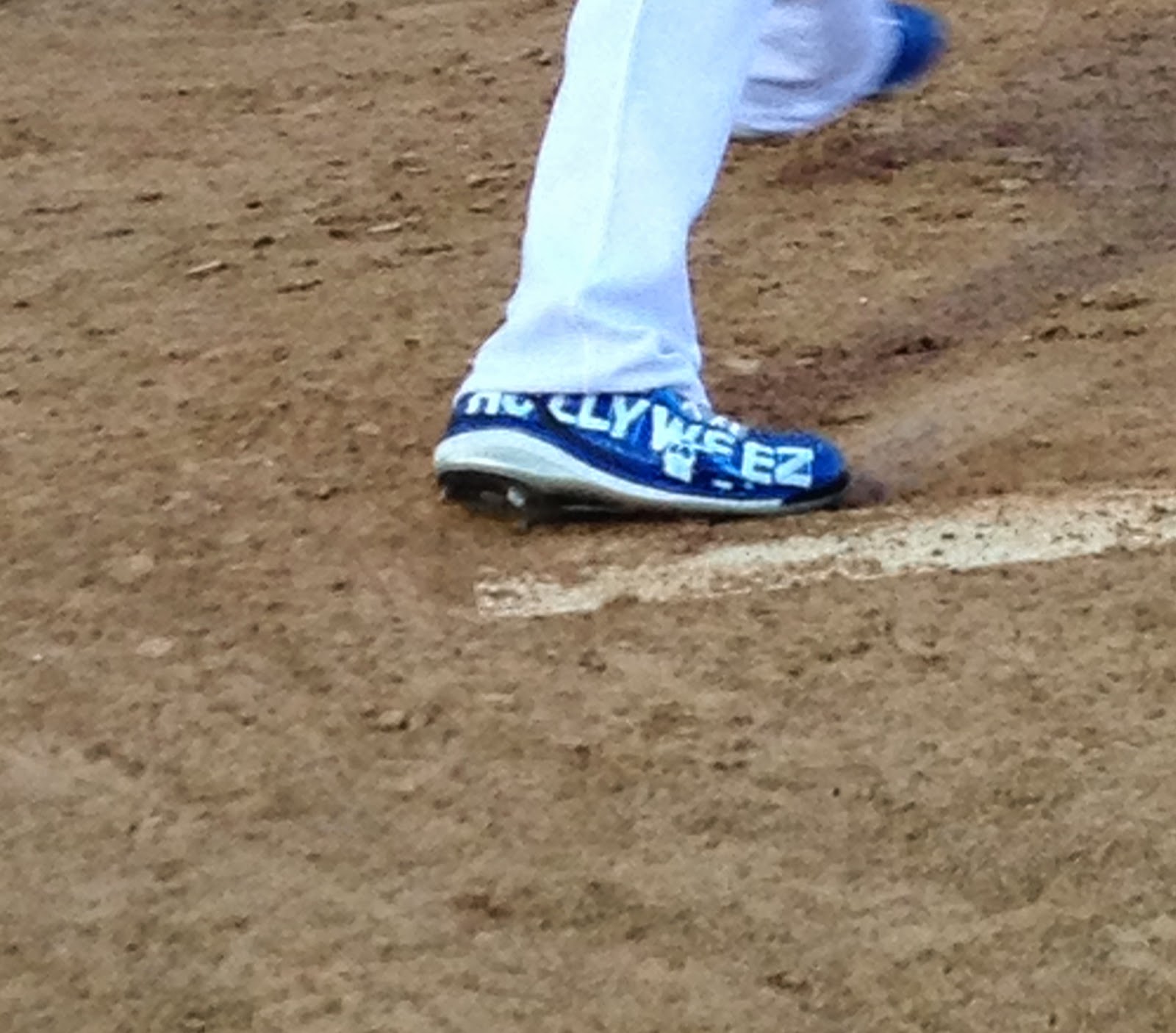 After warming up Wilson tossed one quick inning and then headed out to drive to Los Angeles. 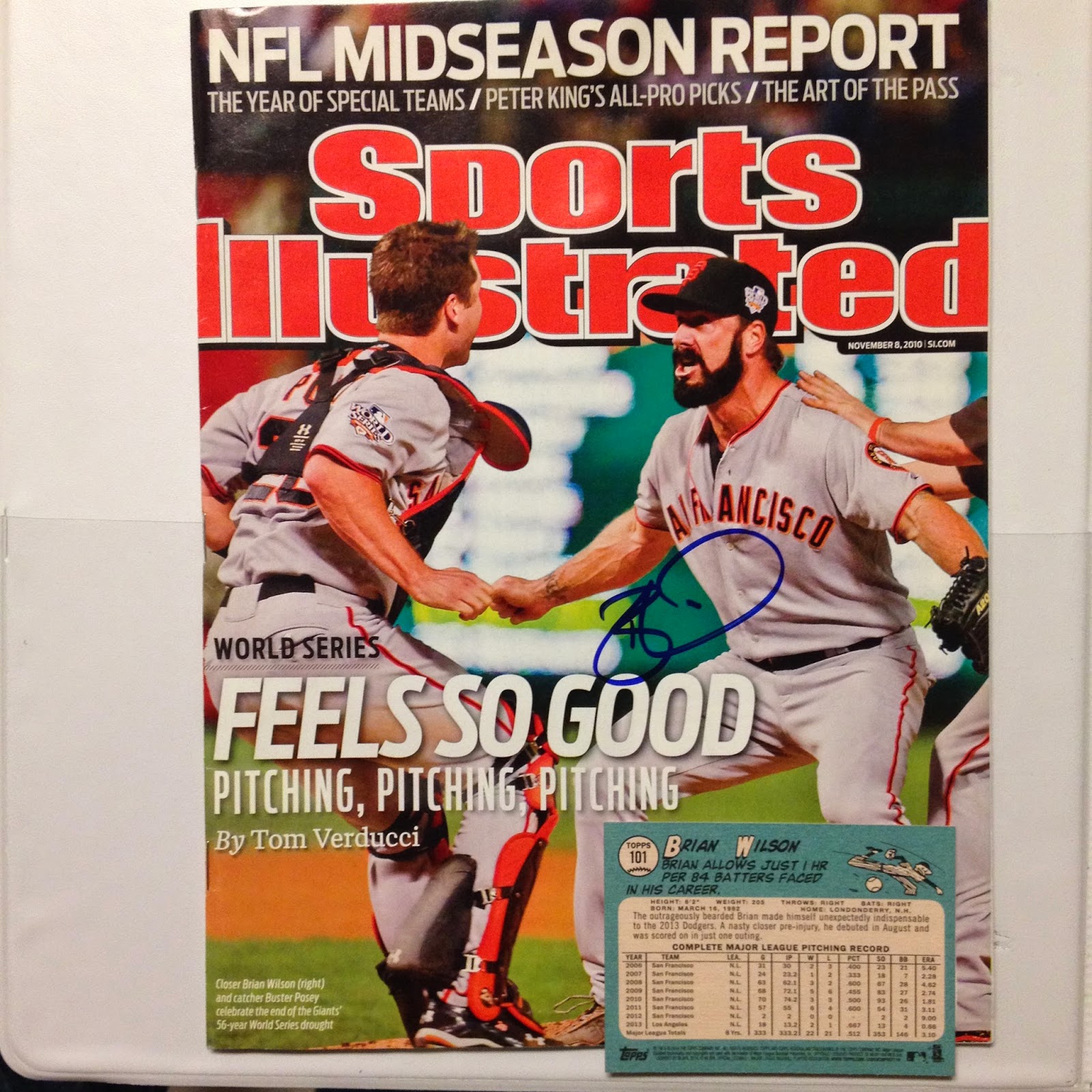 When Wilson came out there was a large crowd but he started knocking out the autographs for those who waited. I got my Brian Wilson and Buster Posey Sports Illustrated autographed, which was nice since I've held onto it since 2010 when the Giants won the World Series. 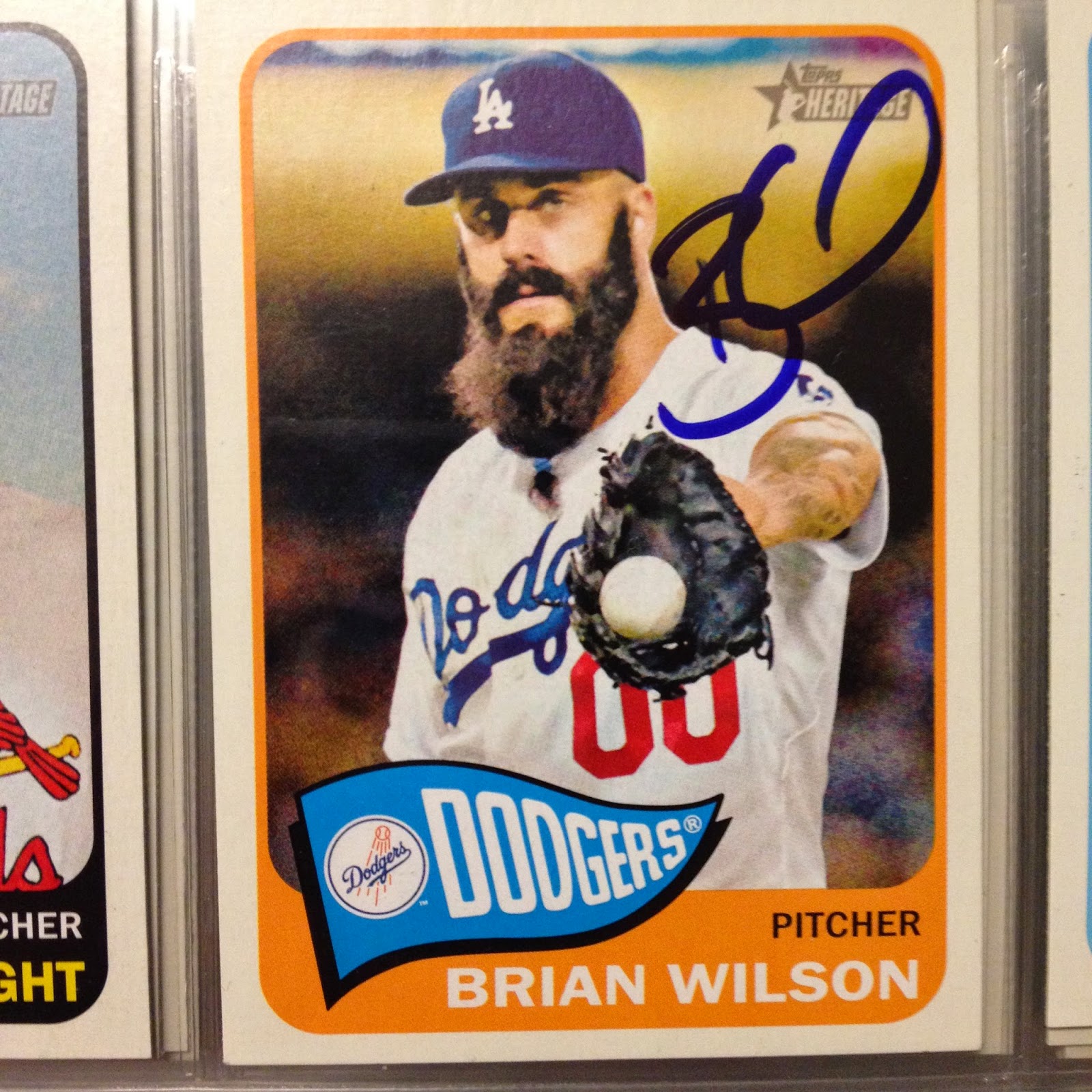 After he signed my Sports Illustrated Wilson also autographed my 2014 Topps Heritage. One more off the list for the set, and now happily I can ignore him when I see the Dodgers and chase other players.
Posted by RJ at 12:32 PM