It's been a significant amount of time since I had a letter response from a TTM request so it was nice to start baseball season off with one. Pitcher Ross Ohlendorf was nice enough to take a few moments to sign and share some of his thoughts.

I sent Ohlendorf his 2014 Topps Heritage card to be signed for my set, but he swapped that out and sent back two different cards. We'll get to that after his letter:

What was the biggest difference for you between the Red Sox and Yankees organizations?
Yankees are more "old school" in regards to conditioning and work in the training room.

Did you realize you were throwing an immaculate inning?
Yes

Where is your favorite stadium to play as a visitor?
3 favorites are Padres, Giants, Pirates

What do you remember about your 1st MLB win?
I nearly gave up a home run to lose it but stranded the runner at 3rd

Definitely a nice response and I'm surprised again to hear that Pittsburgh is one of his favorite spots. I've consistently heard that response back and now I'll need to putt Pittsburgh on my to visit list as soon as I can. 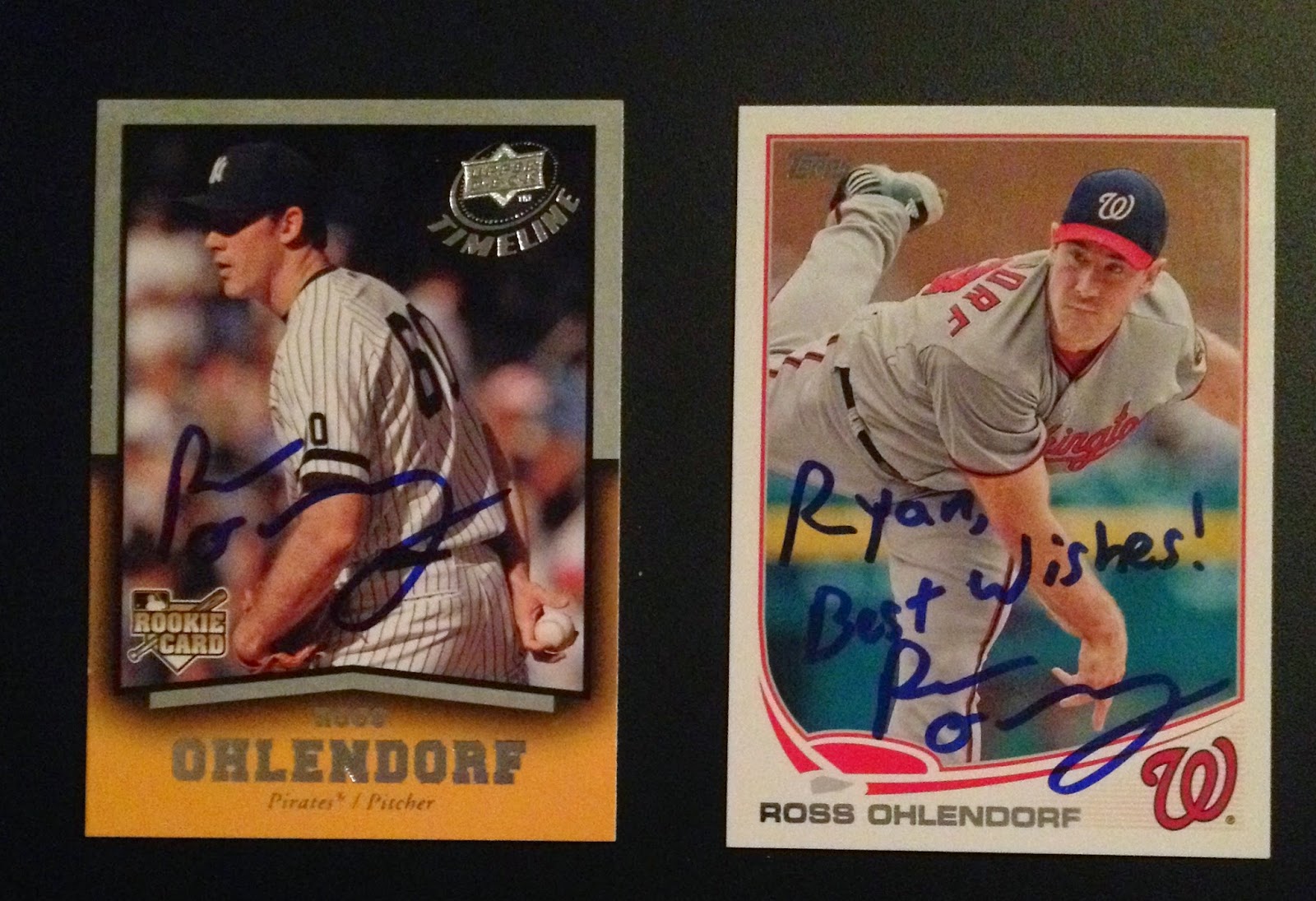 Ross Ohlendorf autographed a 2008 Upper Deck rookie card and personalized "Ryan best wishes!" on a 2013 Topps card for me. Definitely a nice response and I hope his season goes well.
Posted by RJ at 9:02 PM