Well Billy Beane's done it again in finding the right arm at the tight time in starting pitcher and future star Sonny Gray. Gray was first drafted in the 27th round of the 2008 draft but held out and went to Vanderbilt until the 2011 MLB draft when he was taken 18th overall by Oakland.

Gray made an immediate impact for the A's when he was called up in 2013 and made his MLB debut. He helped the A's clinch their playoff berth and then went up against reigning Cy Young winner Justin Verlander in the playoffs for two strong starts. He's stepped up as a big arm in the rotation as the starter who took the mound for the A's home opener and is pushing them toward another AL West title. 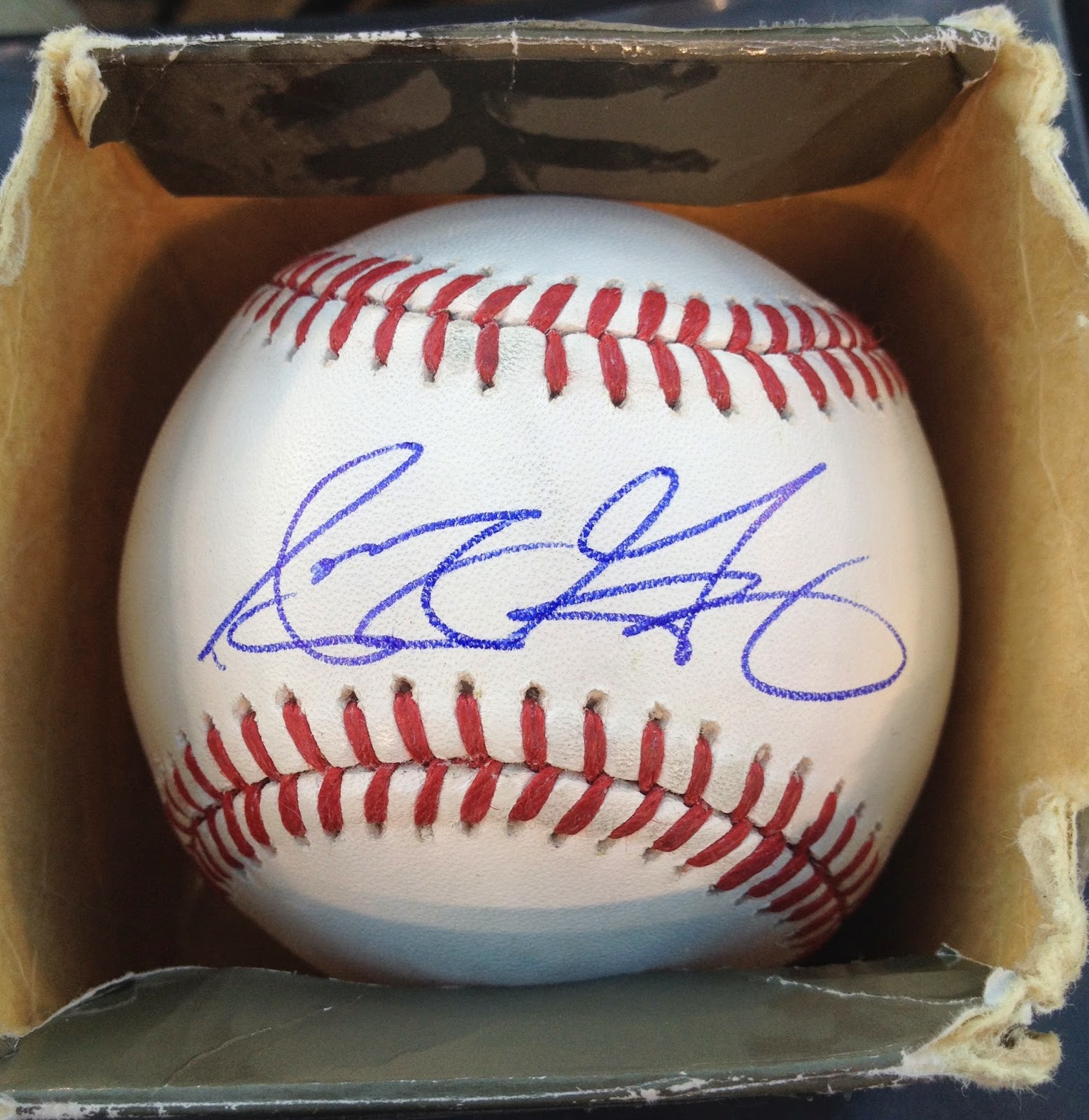 I was able to get this Sonny Gray autographed baseball before a game when the A's came to play the Angels during the 2014 season. It's nice getting promising young players and getting him on a ball sweet spotted before the hype train really gets going and they stop sweet spotting is always a bonus.
Posted by RJ at 6:06 PM