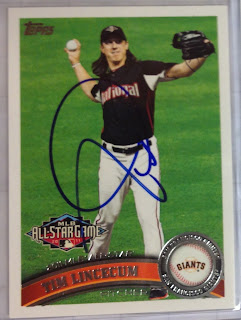 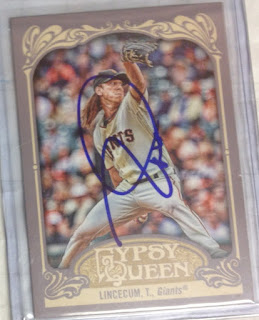 Congrats to Tim Lincecum for throwing his no hitter and it makes these Tim Lincecum autographed baseball cards even more awesome to have in my collection.
Posted by RJ at 8:39 PM No comments: 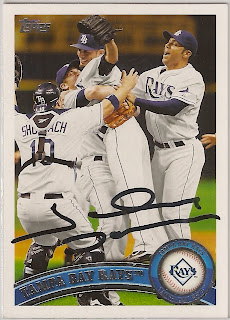 Interestingly I wasn't the one to get this autograph. I was out in the outfield hunting for baseballs and had forgotten this team card and sharpie with my parents. Seeing him hanging out around the fans my mom actually went down the line and got Damon to sign this 2011 Topps team card for me. I was definitely excited when I found out she got it for me seeing as his importance to the '04 Sox.
Posted by RJ at 9:14 PM No comments: 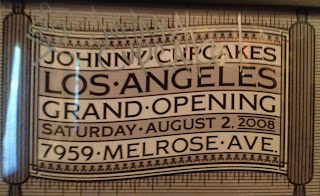 I had Johnny Cupcakes autograph this postcard advertising the grand opening of his store in Los Angeles when I ran into him while at the Boston store for the release of a new limited shirt. It's a little tough to see since he carried a silver sharpie and signed across part of the grey background but he also drew the cupcakes logo under his name. It's random but I do enjoy little postcard prints like this or the KIC Spacey print since they're fun to frame and quickly interchangeable.
Posted by RJ at 12:05 PM No comments: 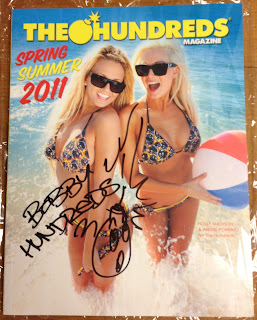 You can follow Bobby on twitter @BobbyHundreds he's actually a pretty entertaining writer and talented photographer if you're interested in that sort of thing from the streetwear scene. This Bobby Hundreds autographed magazine may be one of the best visually appealing autographs I have to I may have to frame this one up with my KIC Spacey print from the Set Up The Upset tshirt package.
Posted by RJ at 5:43 PM No comments:

Well folks the regular season is over and it's time for my autograph season summary since the Angels, Padres and Dodgers missed the post season.

64 Games attended at Angel Stadium this season which combined with the 72 last season means a running total of 136 consecutive games at home with at least one autograph. My total consecutive streak ended at Fenway when I opted to attend early but didn't graph and instead enjoyed 100 years of baseball in the hallowed ballpark.

I had more precise numbers until my iPhone died so I'll say I got approximately 140 autographs this season at a stadium plus a few through other autograph signings.

The highlight pieces of the year. Some are because of what's signed and others because who the signer is.

The AL Rookie of the Year and possible MVP Mike Trout autographed 8x10 photograph I took. 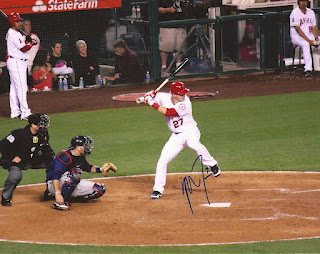 One of my favorite players of all time Dustin Pedroia on my Fenway Seat. 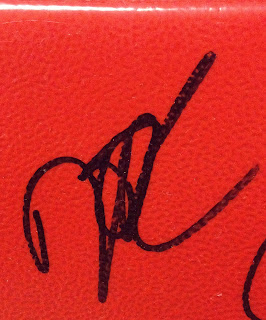 Mark Trumbo on the custom poster I designed for him to sign. 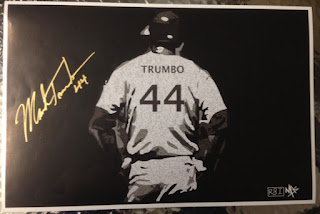 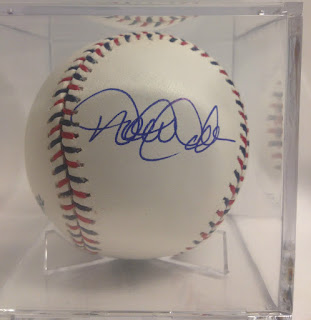 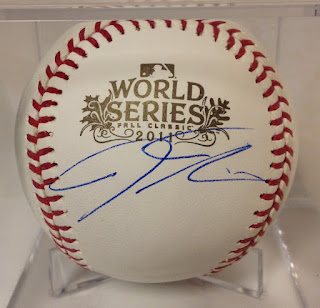 And the final highlight piece of the year would be the custom poster designed for Ernesto Frieri that he autographed and inscribed for me. 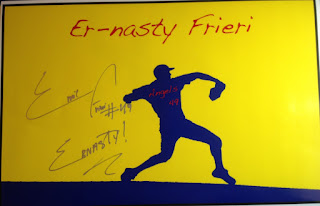 It was a great season and I definitely enjoyed the experience graphing with everyone. There are some more key pieces that I picked up but these are some of my favorites on the year and I'm excited to see how I can top myself in 2013.

Stay tuned for a follow up posting about the worst autographs that I was able to get this year...
Posted by RJ at 6:38 PM 2 comments: