Upcoming to start off December will be another Southern California autograph opportunity at the practice of Dr. Alex Corbin Liu. Anyone with a little baseball season withdrawal should enjoy this offseason appearance. Dodger great Steve Sax will be appearing at his practice and the 2-time World Series champion will be signing to benefit the Steve Sax foundation for an affordable $20 on any item. The signings at Dr. Liu's are great and worth checking out if you haven't been able to yet. 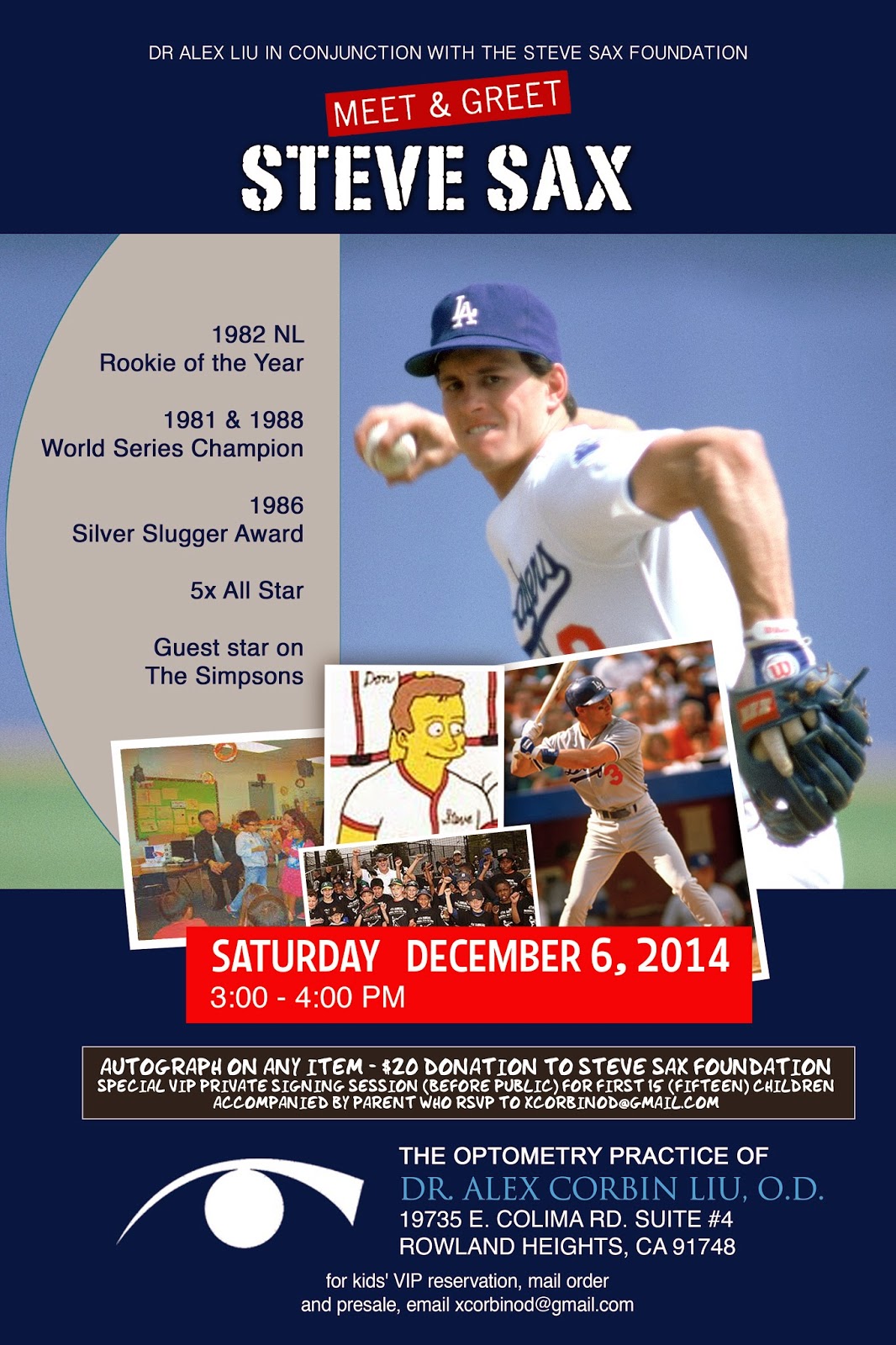 Make sure to check out the chance for a 5-time All Star, NL Rookie of the Year and 2-time World Series champion. The autograph signing will be December 6th at:
The Optometry Practice of Dr. Alex Corbin Liu
19735 E. Colima Rd.
Rowland Heights, CA 91748
Posted by RJ at 5:53 PM No comments: 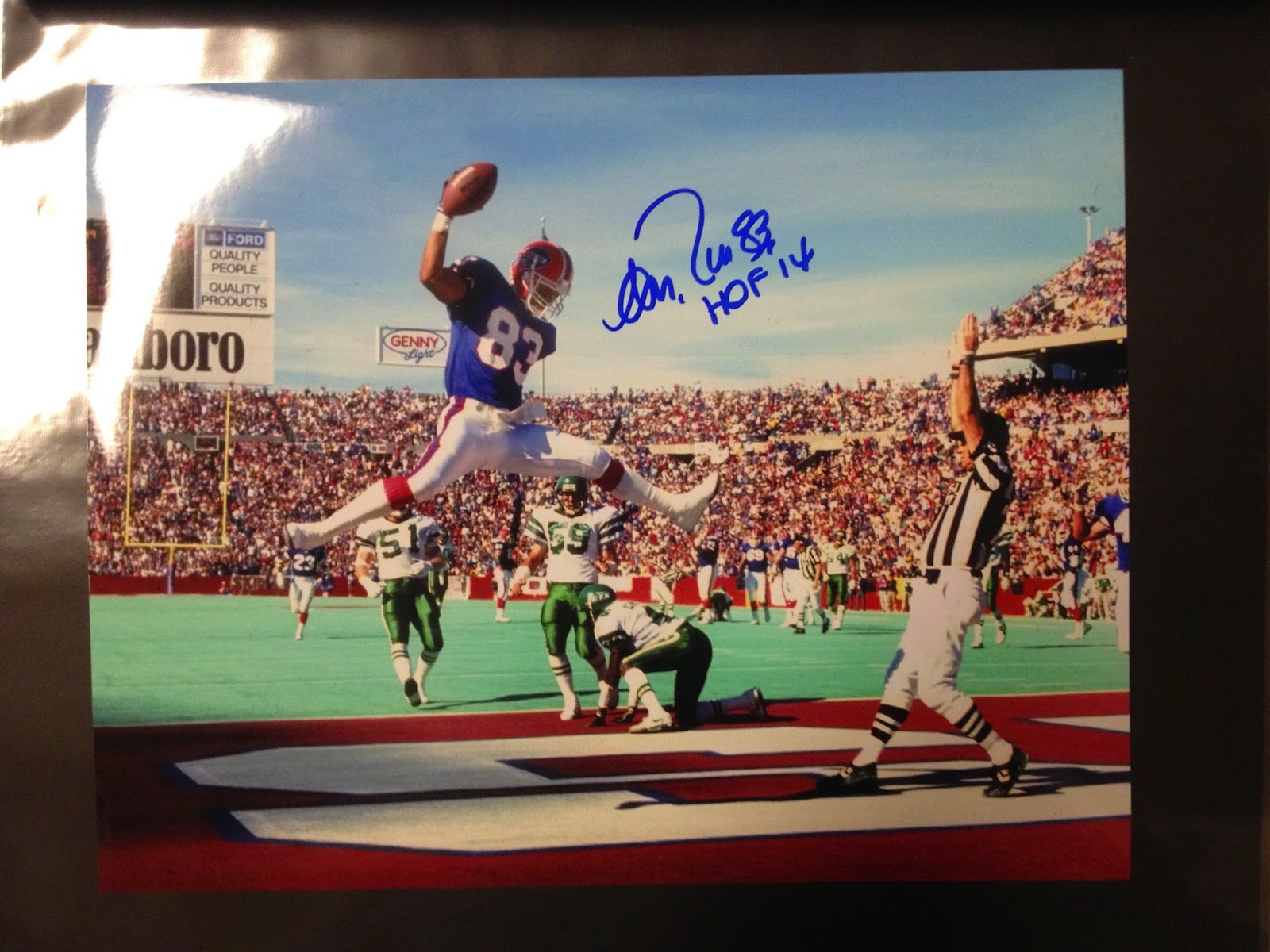 It was a nice day running into a few friends and I was more than happy to get this Andre Reed autographed 11x14 photo.
Posted by RJ at 9:34 AM No comments:

Anyone looking for that rare opportunity to graph football in the Southern California area should be sure to take advantage of the upcoming signing at Dr. Alex Corbin Liu's practice happening November 15, 2014. 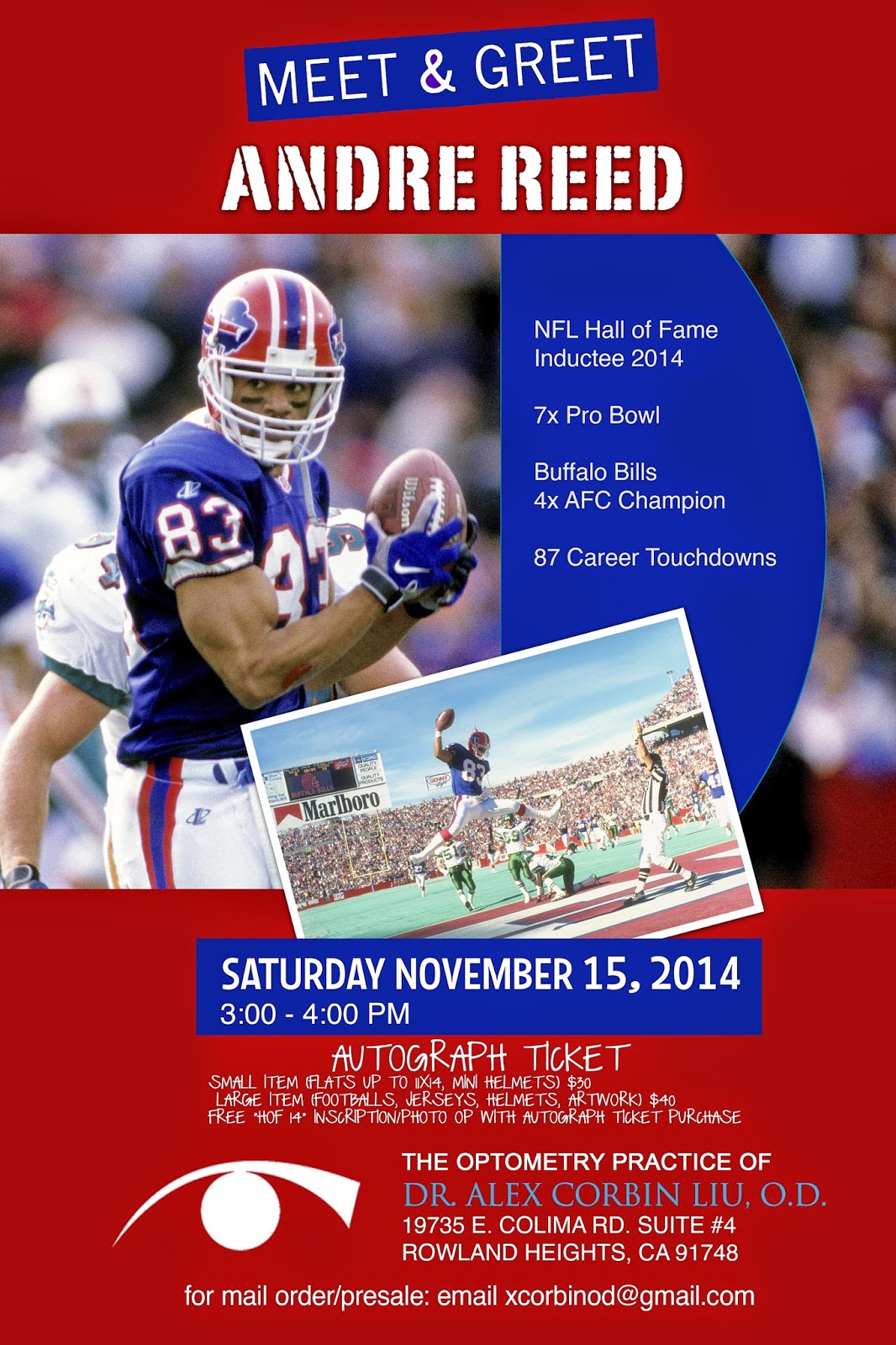 I've been to previous signings at Dr. Liu's and am looking forward to the opportunity to add an NFL Hall of Famer to the collection at an affordable price. Smalls are only $30 while larges are $40 and both include the "HOF 14" inscription from Reed. I think they're both a good deal considering average current players are signing for comparable prices as the Hall of Fame Bills receiver.

I made another pretty random purchase recently. My family has never been the biggest fans of hockey but the past Stanley Cup caught some serious interest at my house. The Los Angeles Kings were Stanley Cup Champions with the final game winning goal scored by defenseman Alec Martinez.

I knew I was going to be in the area of a signing he was having and in case I had time I put it in my car. I ended up having just enough time to make my way there and I got my copy of the Alec Martinez Sports Illustrated autographed. 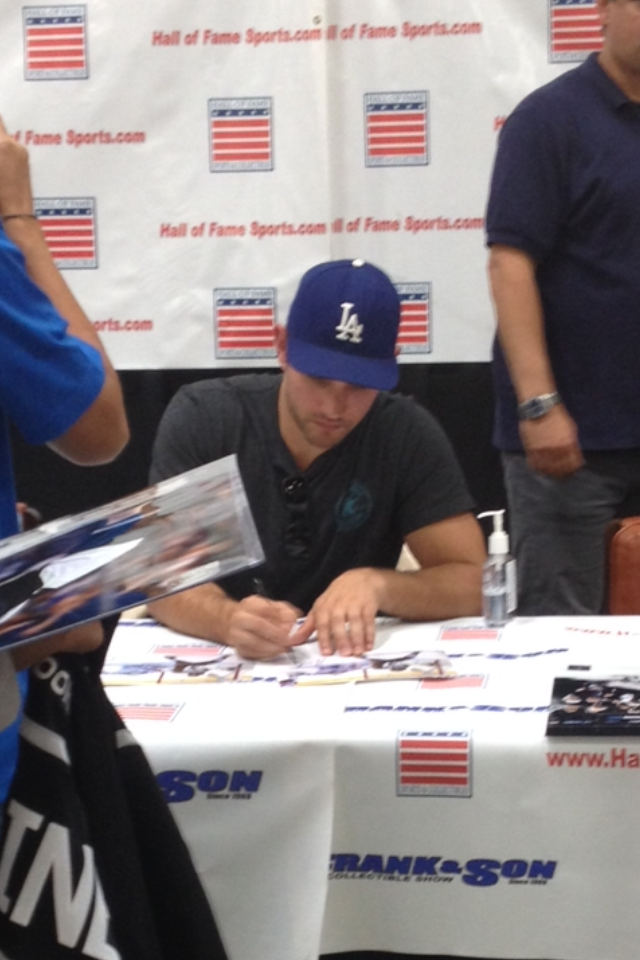 Martinez gave me a head nod when I said hello and offered my hand to shake. My interaction with him literally lasted less than 10 seconds from nod to signature to him moving onto the next person he was signing for. Glad I was doing this just because instead of being the biggest fan or I'd have been pretty disappointed in his personality. 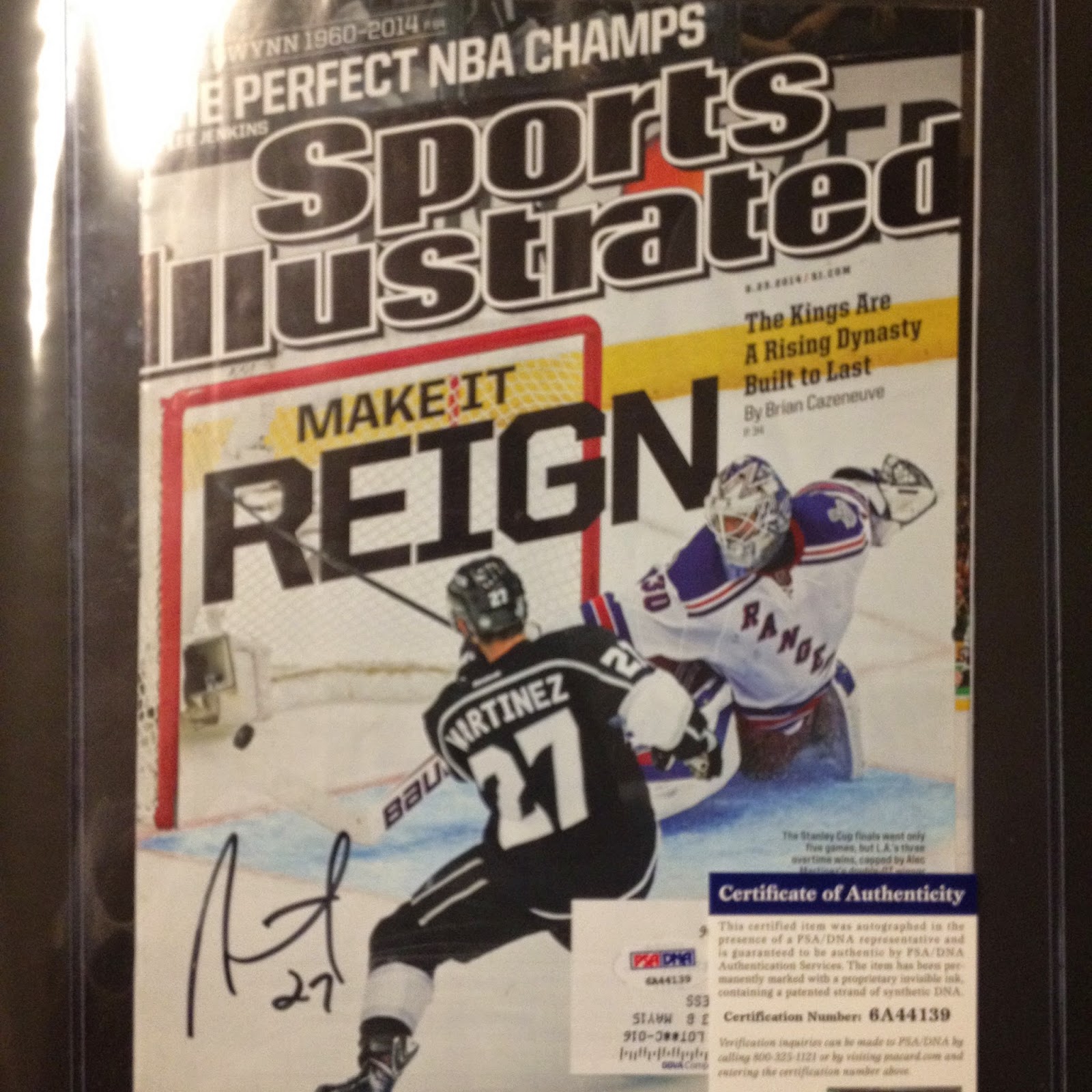 I shelled out the extra few bucks to have my Alec Martinez Sports Illustrated authenticated by PSA, I figured he has a simple enough autograph that if I had the option and convinence for a few extra dollars I'd prefer to have it done.
Posted by RJ at 8:23 PM No comments: