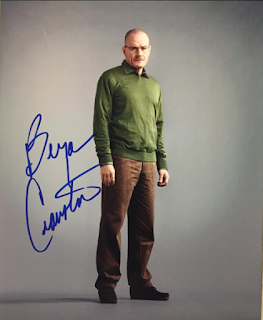 Adding this Bryan Cranston autographed photo to my wall was very satisfying. It came out looking great and I don't often get actor's autographs so adding one of someone from two great shows I've liked was a good feeling.
Posted by RJ at 6:28 PM 1 comment: 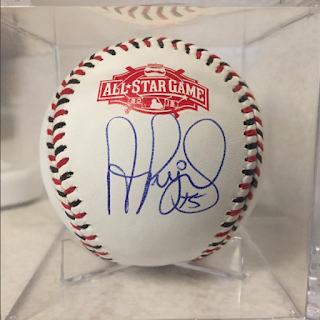 I opted to get a baseball signed after I had a mishap with a photo order I made. I'm still pleased with the choice as Pujols autographed this 2015 all star game baseball very nicely. It's definitely a good looking piece that is nice to put into my collection.
Posted by RJ at 6:20 PM 1 comment: