Hey everyone, if you've noticed I'm currently trying to assemble a signed 2014 Topps Heritage set. I currently have about 10 extra signed heritage for trade and am looking for more. If you can help feel free to comment here or send me an email of what you have available.
Posted by RJ at 5:35 PM No comments:

I've posted previously about All Star Angels second baseman Howie Kendrick and he's off to another tear to start off this season. Kendrick had an autograph appearance scheduled at the Pechanga Casino so I decided to make my way there after work. Previously I had a great time at the Jered Weaver autograph appearance at Pechanga so I was hoping for a repeat.

When I got to the casino the line was in the grand ballroom and was extremely small. Even though I only got there about an hour ahead of time I was about 60 people back from the front. Howie started signing for the Pechanga VIP club members at 6 and quickly was through the VIPs. He started signing for the general public line by 6:30 and started knocking autographs out. 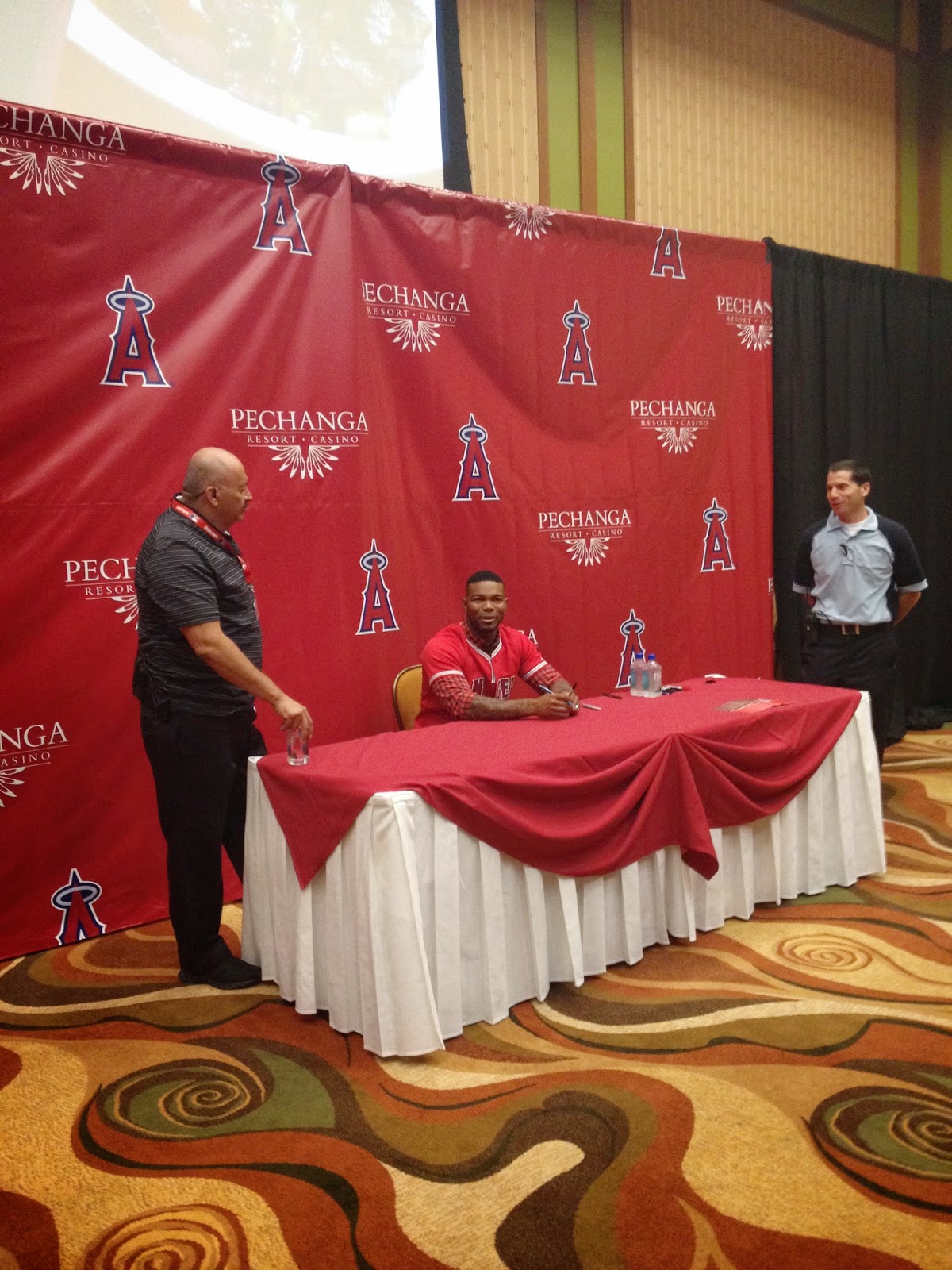 Howie was strictly one item per when I handed him my card and put my photo on the table. He asked which one I wanted done but had already started to sign the card. I got him to sign my 2014 Topps Heritage to cross one more off the list while I work to get the complete set signed. 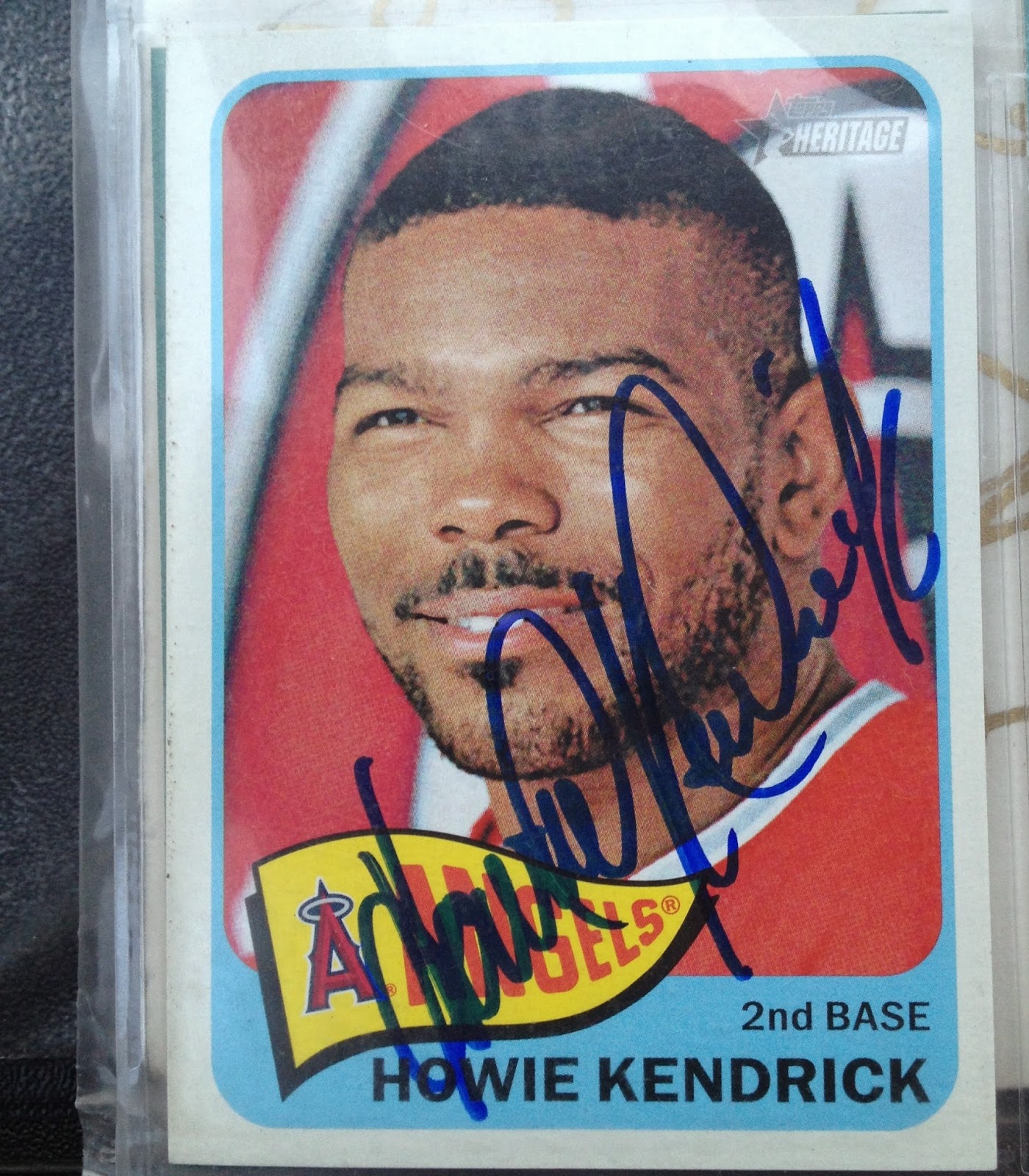 After Howie signed my card I went to the casino and played a few quick hands of blackjack. I pocketed some quick winnings and decided to leave while I was ahead. I was walking out and saw the line for Howie had shrunk even more to less than 20 people so I got back in line. 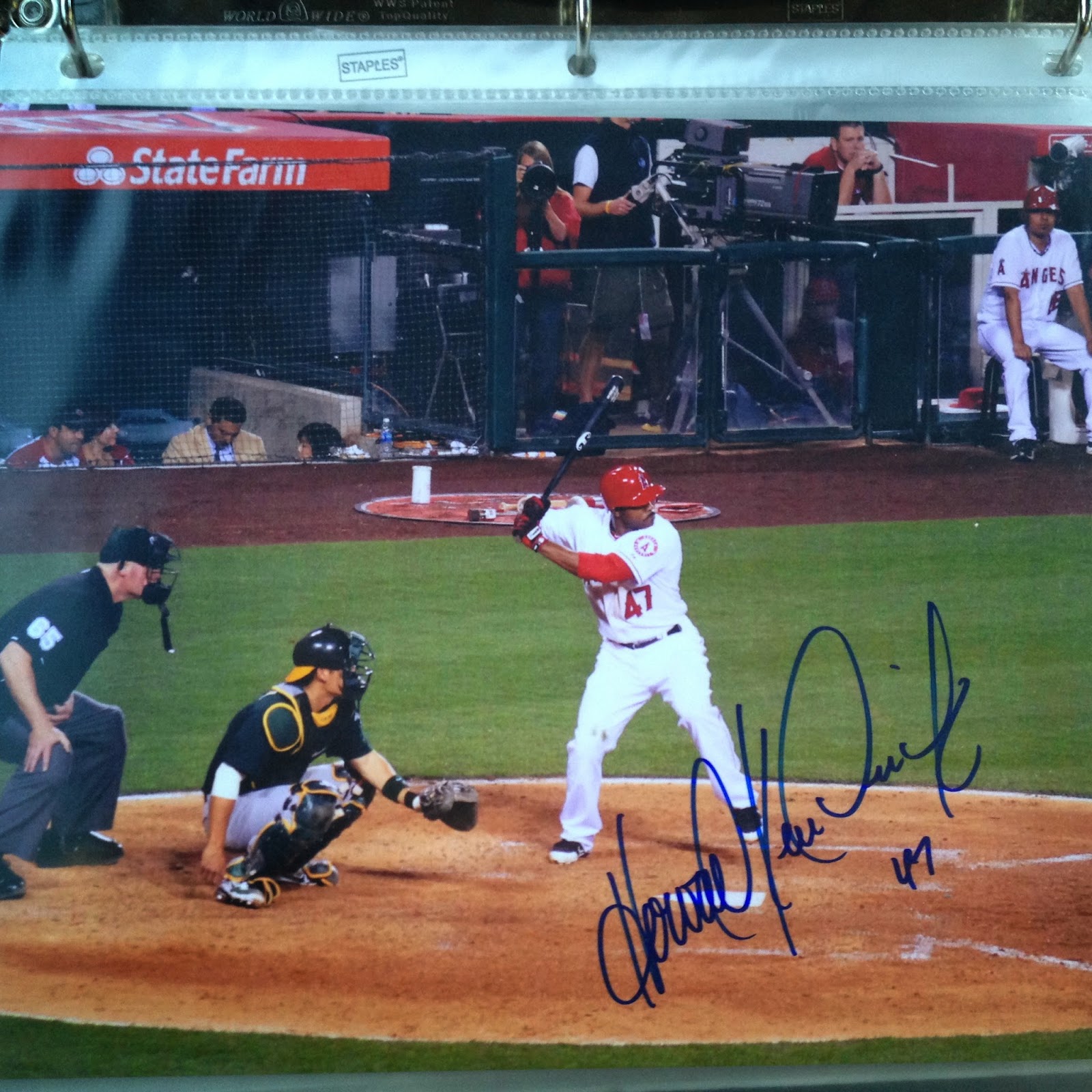 Howie autographed my 8x10 photograph I had taken from a few years before and he gave it a nice signature. While he was writing I asked him if he could inscribe All Star and he responded "No sorry but I can sign it for you." Obviously.

I'm glad to have finished getting Howie on things that I need done. He's a bad signer at the stadium and even though his signature is nice it's good to be done with the not most pleasant person.
Posted by RJ at 1:44 PM No comments:

So here's a great NBA autograph opportunity if you're a fan of the Clippers. 2013 LA Clippers 1st round pick Reggie Bullock will be making his first public appearance at the practice of Dr. Alex Corbin Liu. 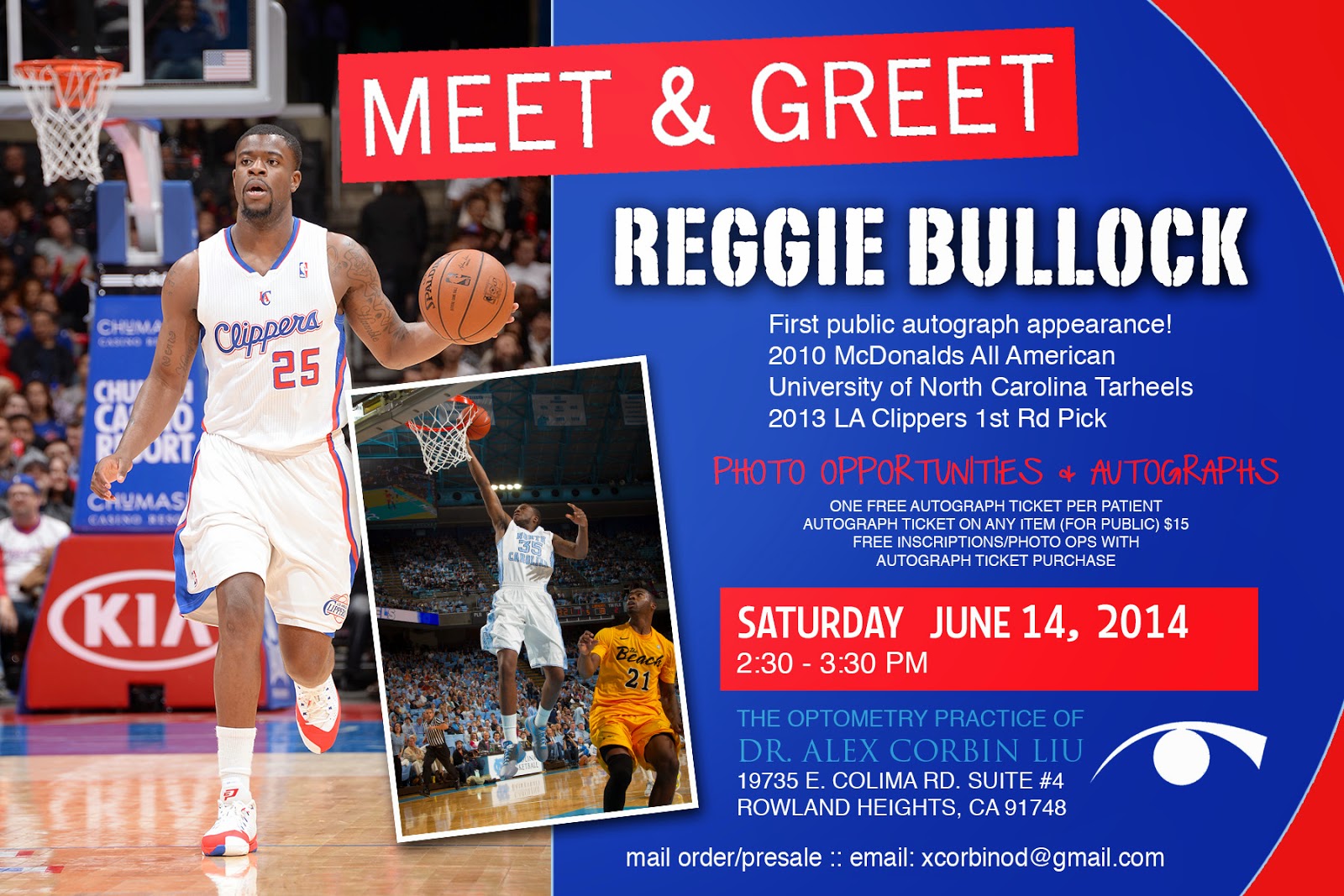 Bullock will be at the Rowland Heights practice June 14, 2014 with autographs on any item only $15 and includes inscriptions. Mail order is available for this signing so if you're a Los Angeles Clippers autograph collector from out of state I'd definitely take advantage of this signing.
Posted by RJ at 12:30 PM No comments:

Clayton Kershaw was side lined earlier this season with an injury and ended up making a rehab appearance with the Dodgers minor league affiliate the Rancho Cucamonga Quakes. The appearance happened to coincide with the Quakes giving out a Brian Wilson bobble head. I went out to try getting Kershaw and didn't have any luck. 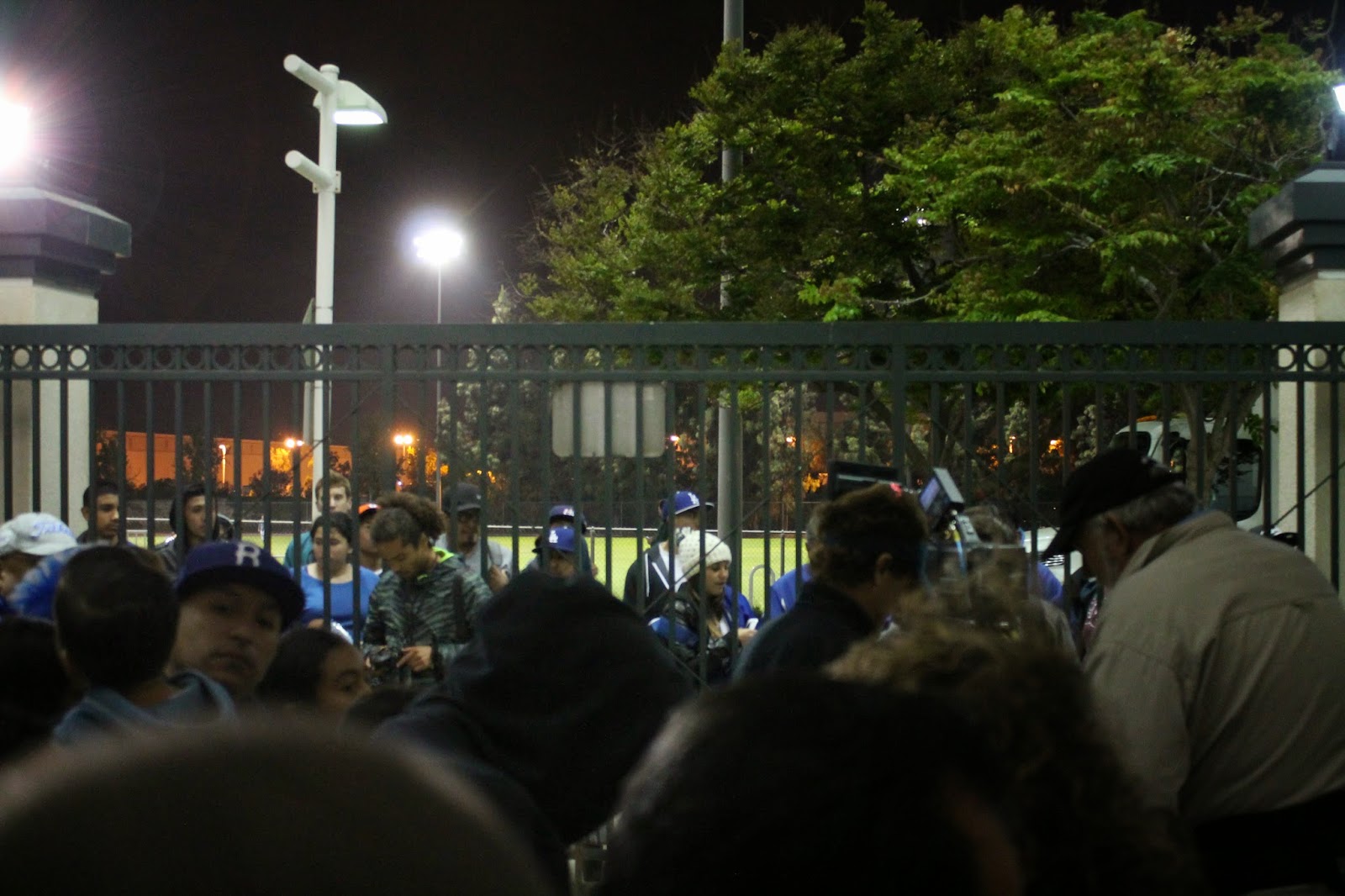 The crowd was huge with at least 4 people deep from the railings and people who didn't have tickets lined outside the gates as well. 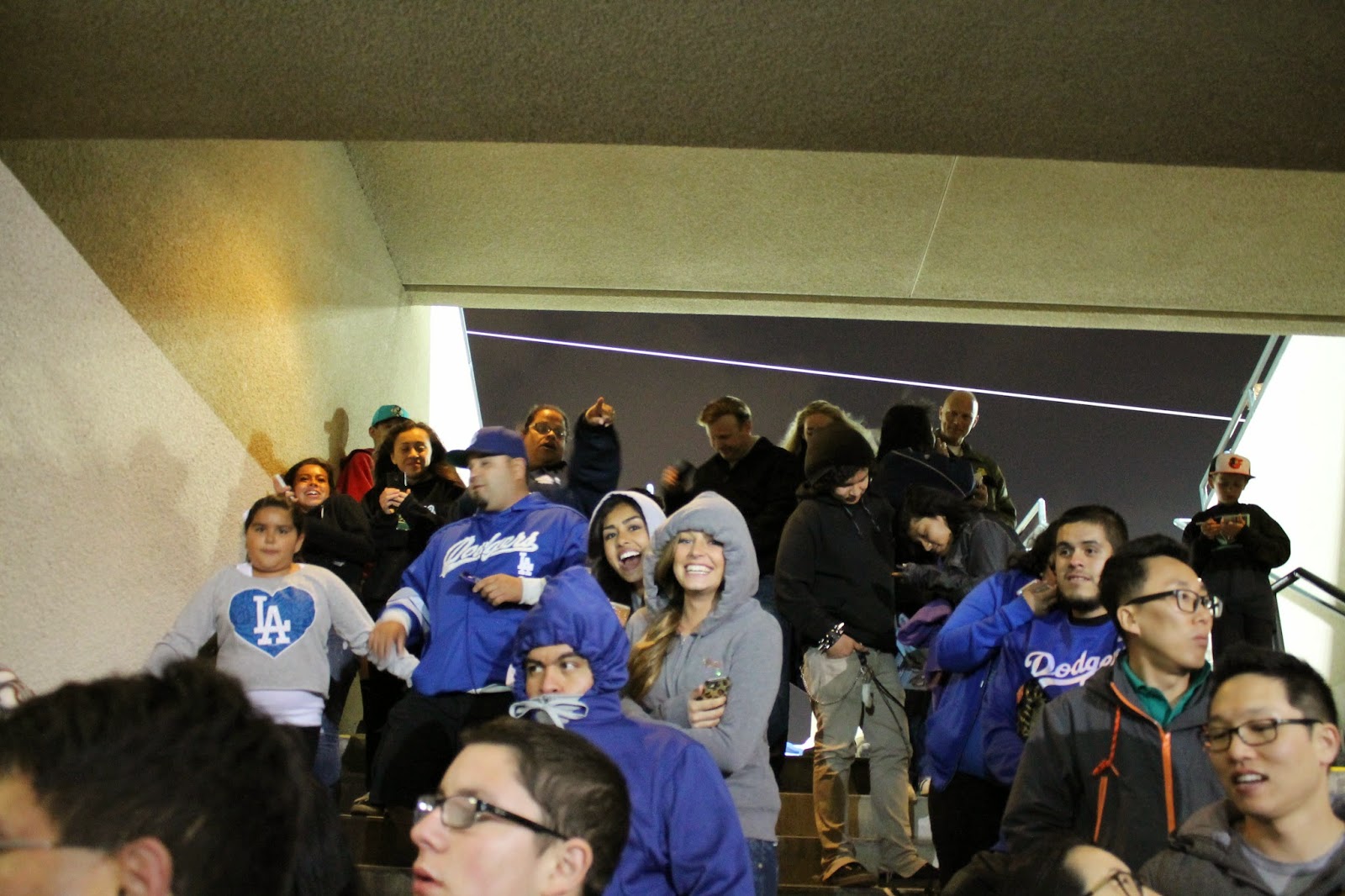 The crowd was backed up along the stairwell and of course the shot I took got photo bombed after they noticed my camera out for a few shots. 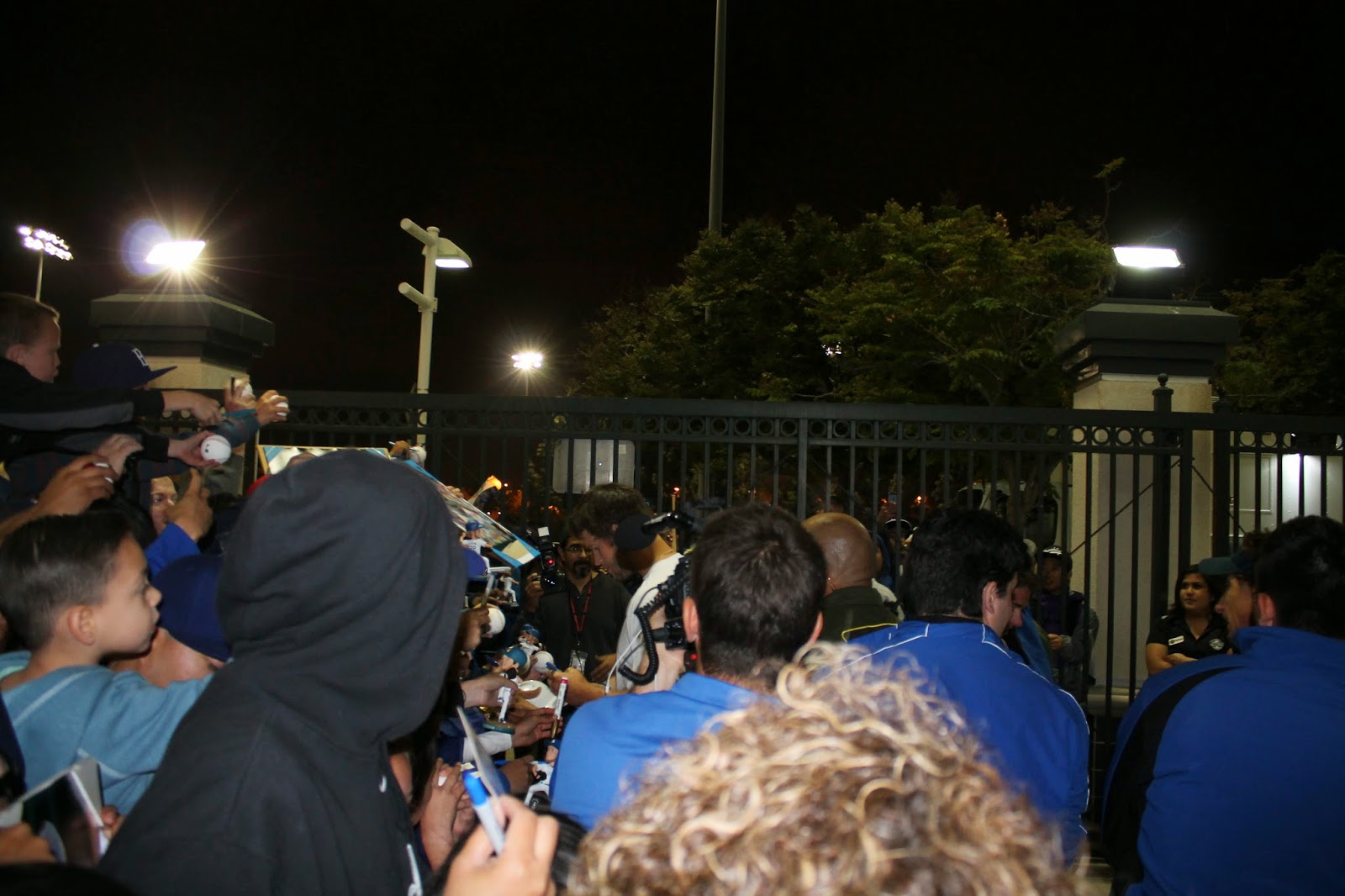 Finally the man of the hour came out to sign some autographs. And I emphasize some. Kershaw walked out and immediately skipped the section of fans who had been waiting the longest for him. Kershaw would sign three or four autographs and then walk another 10 feet before he'd knock a few more until he got to the car. And that was it. Not the best trip but at least I got a few photos of the Dodger stud and his fans during Clayton Kershaw's minor league rehab.
Posted by RJ at 8:33 PM No comments:

Brian Roberts. Multiple time All Star second baseman who was quick on the base paths for steals and doubles. This guy has never signed for me before and has been notoriously difficult to get. 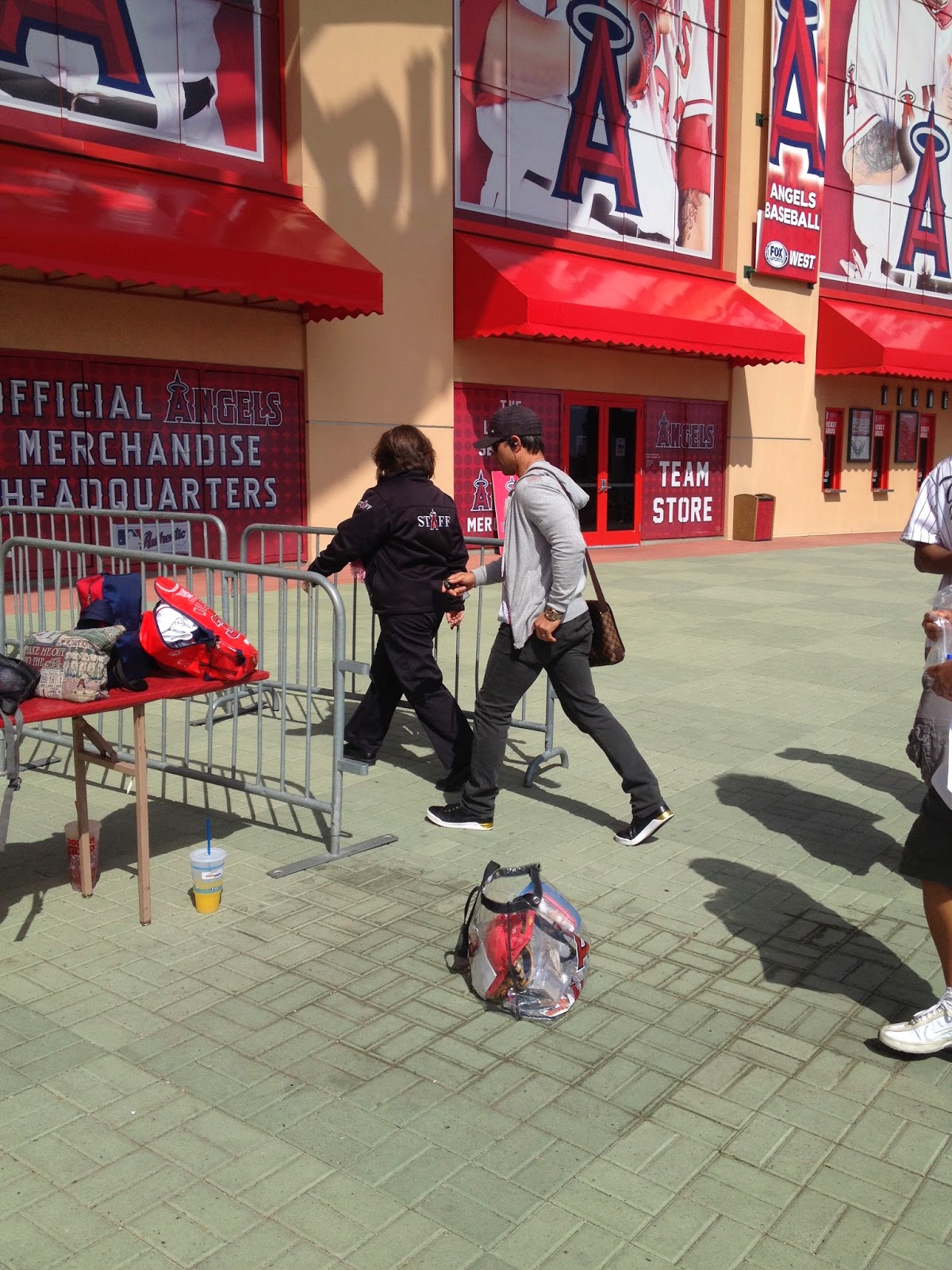 Apparently it's easy to get him when he rolls up to the stadium 10 minutes before the gates are supposed to open for fans to come into the game. Roberts signed a few autographs on his way in and I was finally able to cross him off the list. 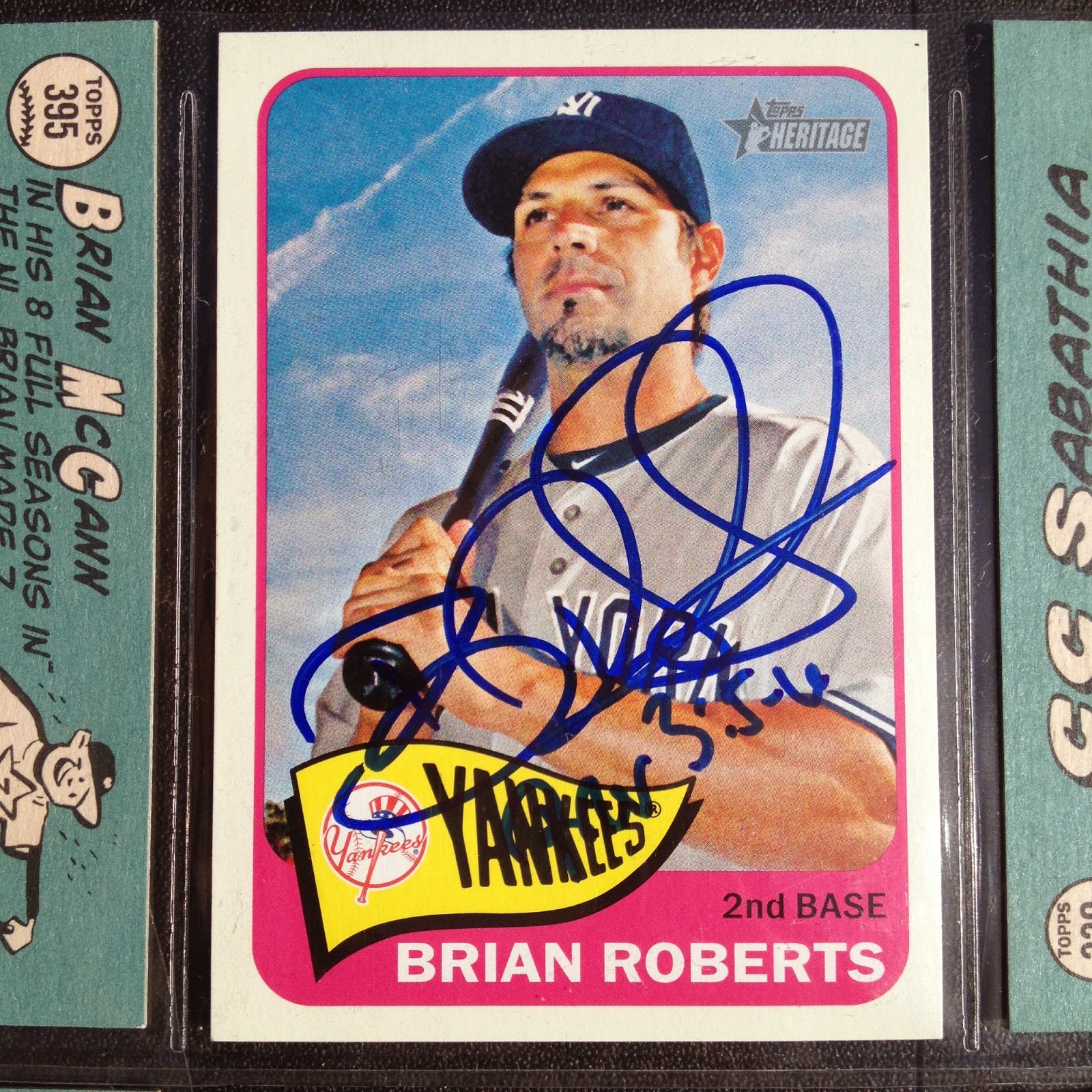 Brian Roberts autographed my 2014 Topps Heritage card for me to add to my set. I'll be doing a massive update about the progress of my set but it's looking very nice right now.
Posted by RJ at 12:41 PM 1 comment:

A few months ago a few friends went to an appearance by softball star and Olympic medalist Jennie Finch. Finch became a media darling after helping Team USA to win the gold medal in Athens in 2004 and the silver medal in Beijing in 2008. She's appeared in multiple MLB All Star celebrity softball games, but she's kind enough to tone down the pitches for the celebs. 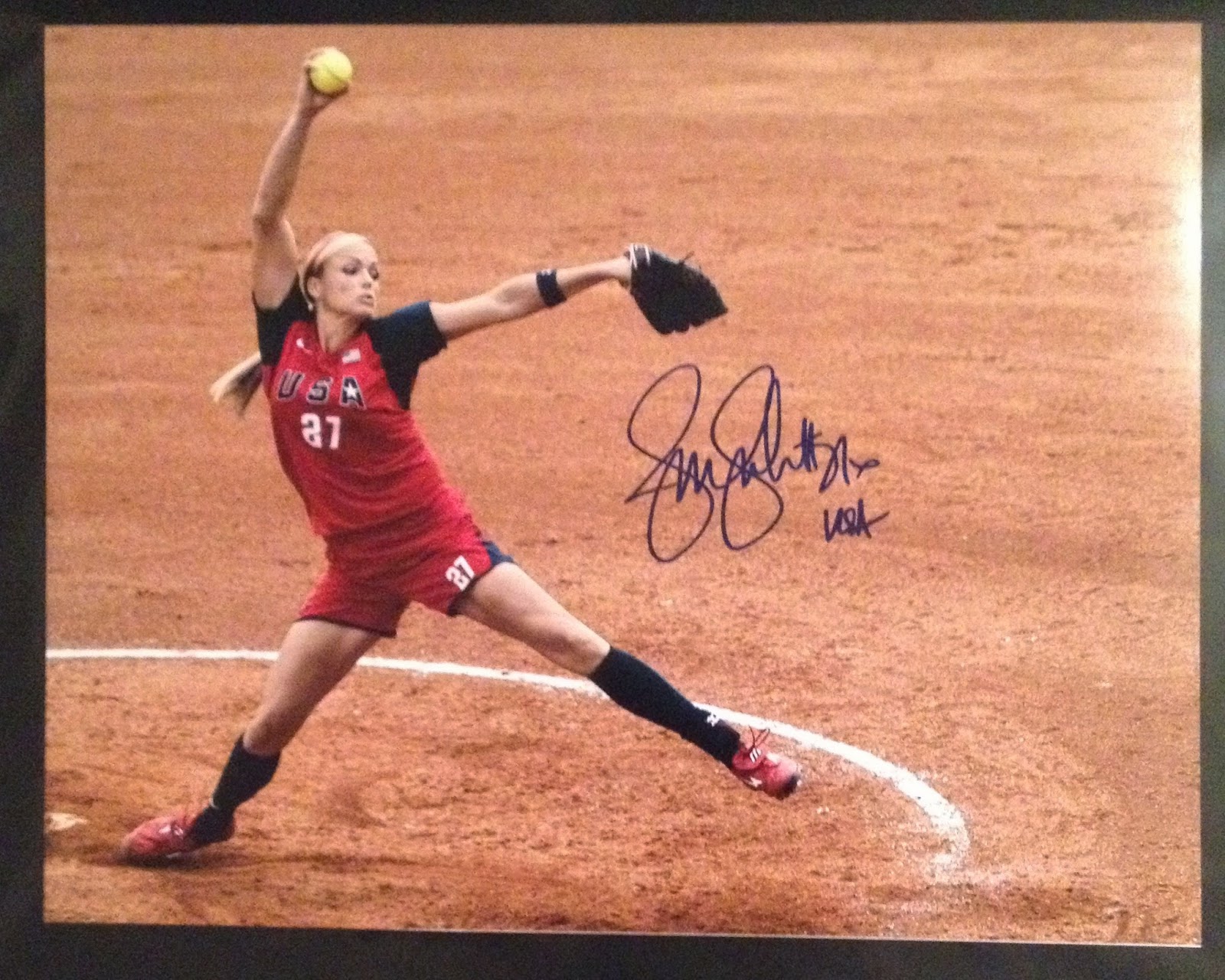 I wasn't able to meet Jennie myself, but my friend Alex was able to pick up this photo for me. It's a great piece and I like randomly pulling it out just to appreciate this Jennie Finch autographed photograph inscribed "USA" and am looking for the right frame and mat to put this one on the wall full-time.
Posted by RJ at 2:36 PM 1 comment:

Email ThisBlogThis!Share to TwitterShare to FacebookShare to Pinterest
Labels: Autograph

As you all know it's Derek Jeter's farewell trip around the league so fans are turning out in droves to see their final chapter of the captain's playing career. I made out to the Big A to try graphing the Yankees and didn't have too much luck. One random graph that I was happy to get was a fan that came out who had fans himself. NFL Hall of Famer Warren Sapp came to Angel Stadium to catch a game.

Sapp was a 7-time Pro Bowler, had 4 First team All-Pro selections, won Super Bowl XXXVII,  was named to the all-decade team for the 1990's and 2000's and for good measure won the Defensive Player of the Year award. All while playing as a DT instead of the more heralded DE position. He was inducted into the NFL Hall of Fame in 2013 and has maintained a visible profile as a retired player appearing as a commentator, judge on BBQ Pittmasters and runner up on Dancing with the Stars. 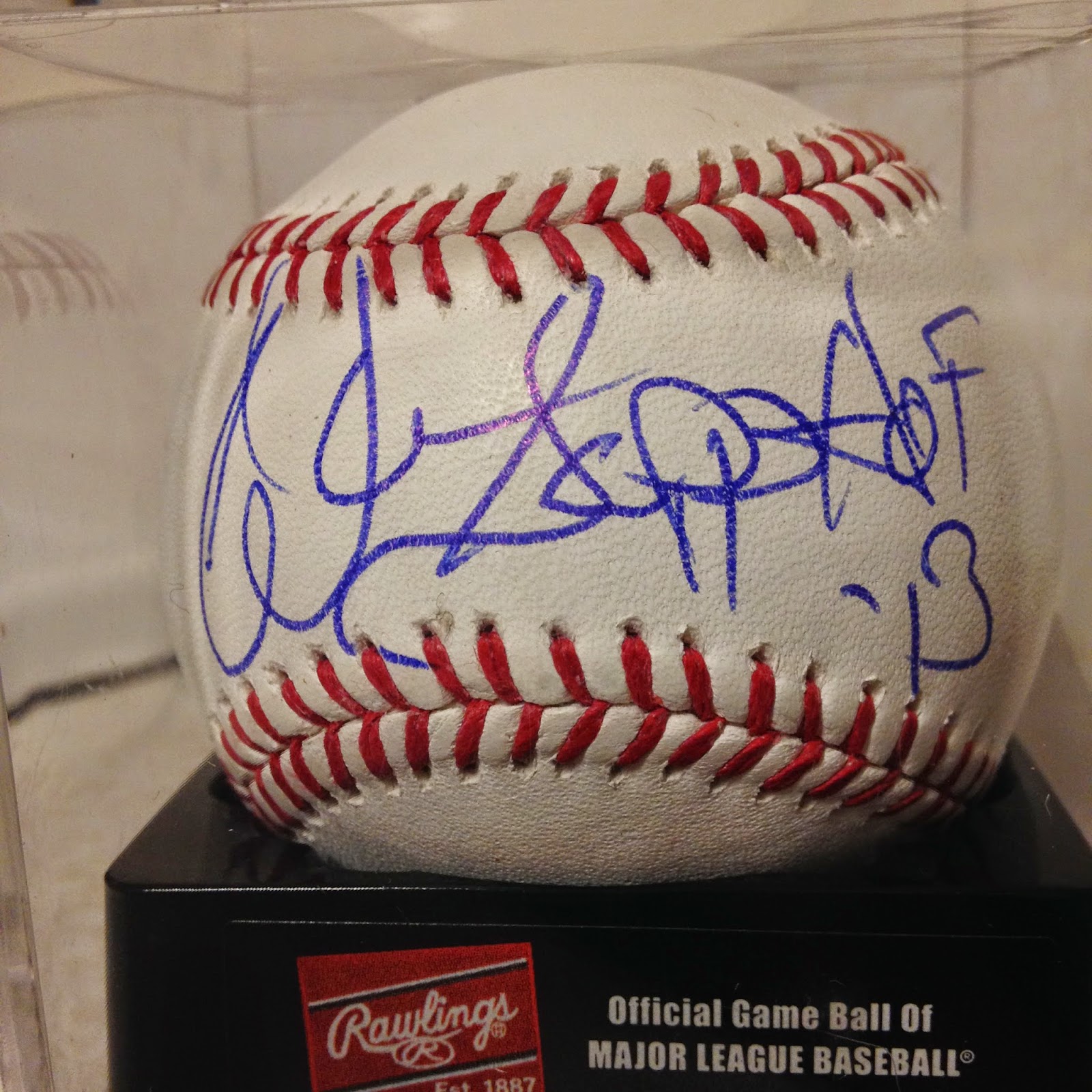 I was really surprised to see Warren Sapp at the stadium, but really glad he was spotted. I asked him if I could get his autograph and if he'd sweetspot the baseball and as I started to point out where to sign he told me not to worry that he had me and immediately knew where to flip the ball to. Awesome. He signed it nicely and inscribed "HOF 13" on the ball.

I'm glad to put him in the collection and already have my Warren Sapp autographed ball next to the ball I got signed by fellow NFL star Tony Gonzalez.
Posted by RJ at 5:46 PM 1 comment:

Angels pitcher CJ Wilson made an appearance at the Cox store in Irvine, and rather than start the day waiting around in the heat for the Rangers to roll in I made my way out there.

I got there and walked down the fairly long line until I finally found the end. Members of the Angels strike force were there and gave me a wristband to guarantee an autograph as long as I was within the first 200. Getting there about an hour and change before it was scheduled to begin got me wristband number 149. CJ was scheduled to be there from 12:00-1:00 but arrived about fifteen minutes late and started signing immediately. He actually was able to get the line moving rather quickly since photos with CJ weren't allowed.

I snapped a quick shot of CJ before it was my turn. 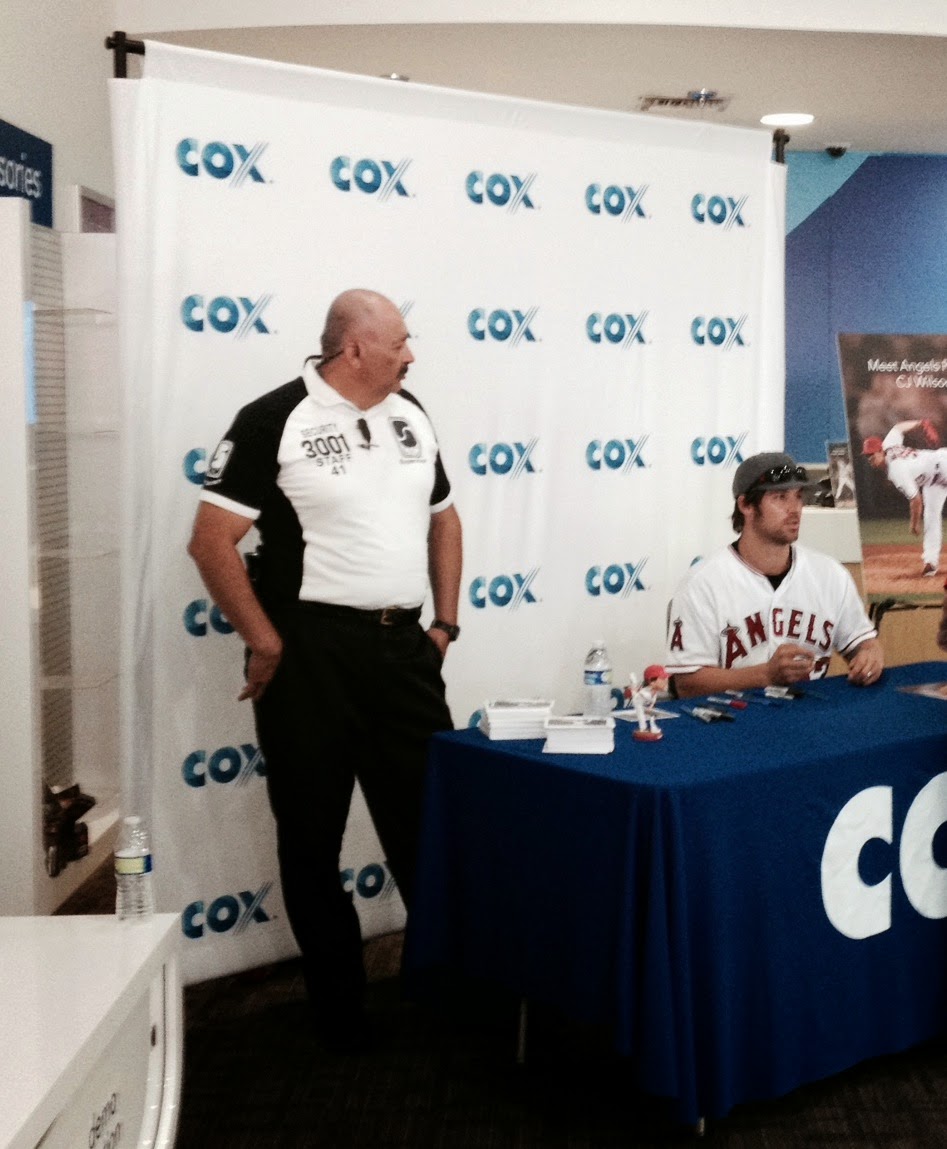 You may recognize the guy to the left of CJ, he's a regular member of the stadium CSC security team at Angel Stadium. Why he and another CSC security guard was there is beyond me. 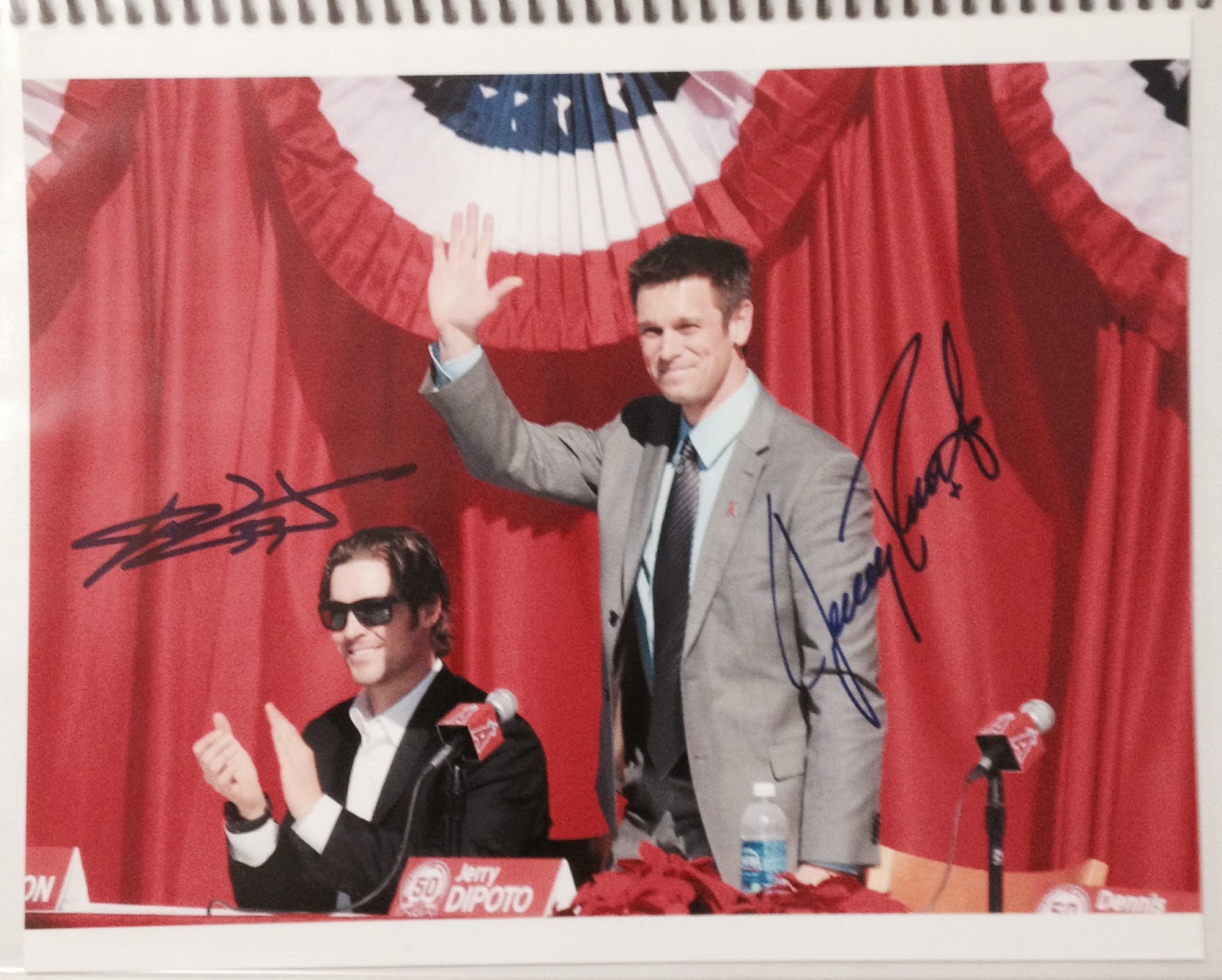 He was strictly one item per and held to it while he was going through the line. I had him finish an item I've been randomly lugging along for years. I finally got my Jerry Dipoto and CJ Wilson autographed photo of the pair of them together at the CJ and Albert Pujols press conference in 2011 when they signed with the Angels. It feels good to finish projects as now I've gotten both photos I took and printed done since I go the Albert Pujols signed at the end of last season.
Posted by RJ at 4:09 PM No comments: