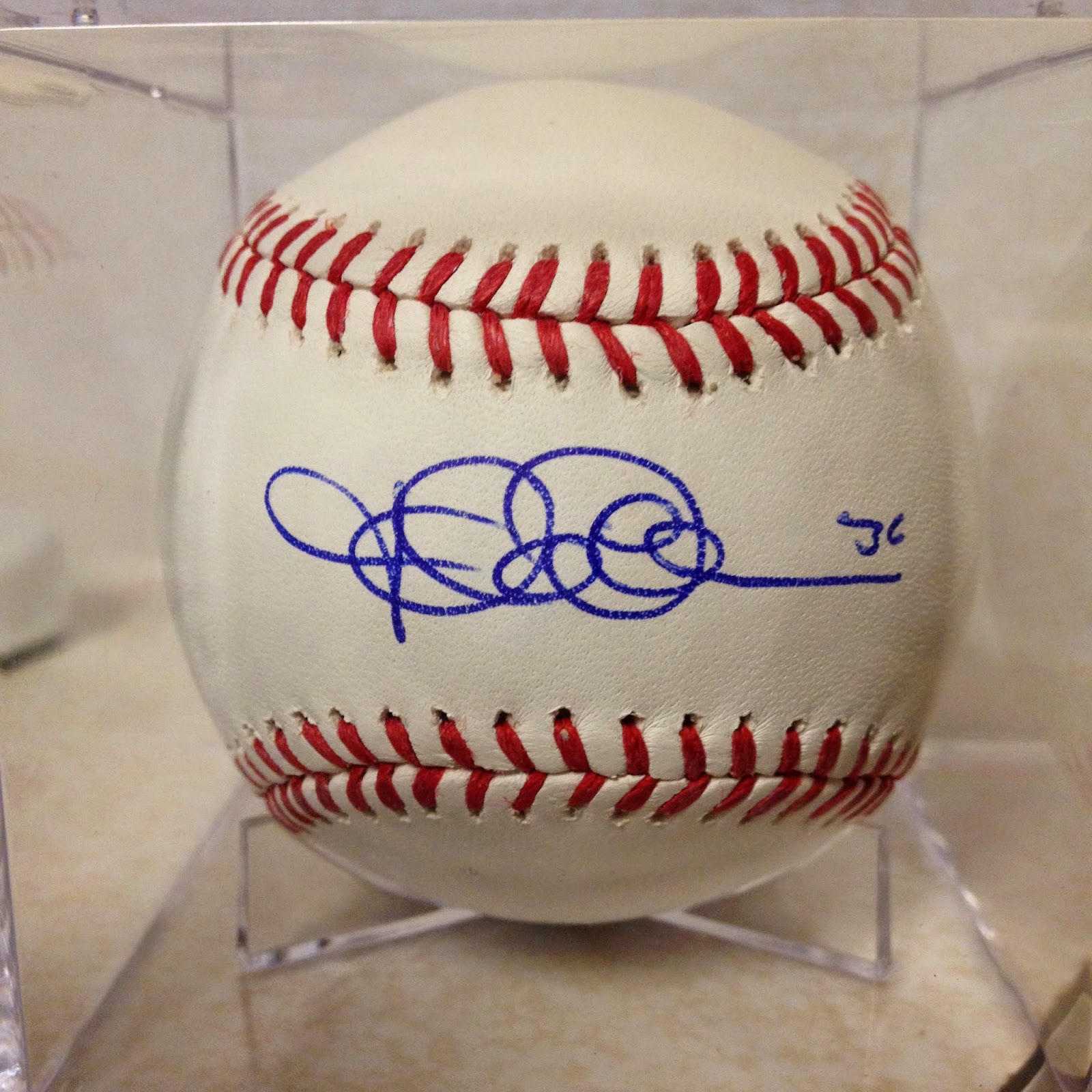 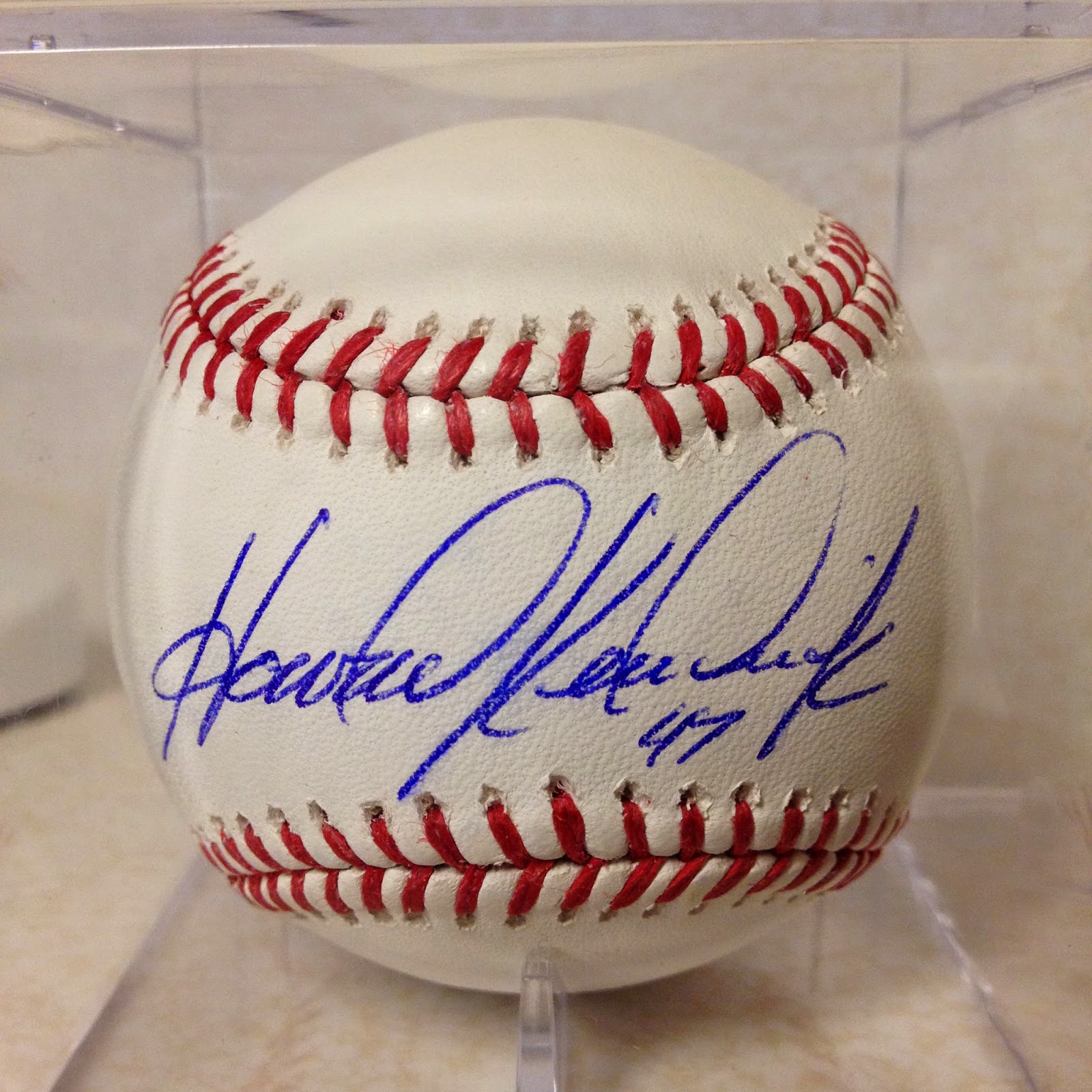 The Kole Calhoun I gave as a present already so I don't have a photo of it, but Kole's actually a bit tough so it was nice to get the ball so I could focus on other graphing instead of chasing him. Overall it wasn't a bad haul for me and it could have gone much worse. The Angels also were kind enough to learn from bad experiences the past few years and the players gave out nice signatures on the sweetspot in good blue pens. Every fan I saw may have wished they had pulled a Pujols or Trout autograph, but I don't think close to everyone left with a quality signature from their player.
Posted by RJ at 3:14 PM