I was happily able to add future NBA Hall of Famer Dirk Nowitzki to my collection. Dirk's a known great TTM signer so getting Nowitzki's autograph in the mail was a no brainer.

Dirk's been named so far to 12-All Star teams, won an NBA championship, was the 2011 NBA Finals MVP and was the 2007 NBA MVP. He's the all-time leading scorer in Dallas Mavericks history and whenever he does decide to finally retire from playing basketball he'll be inducted into the Hall of Fame soon after. 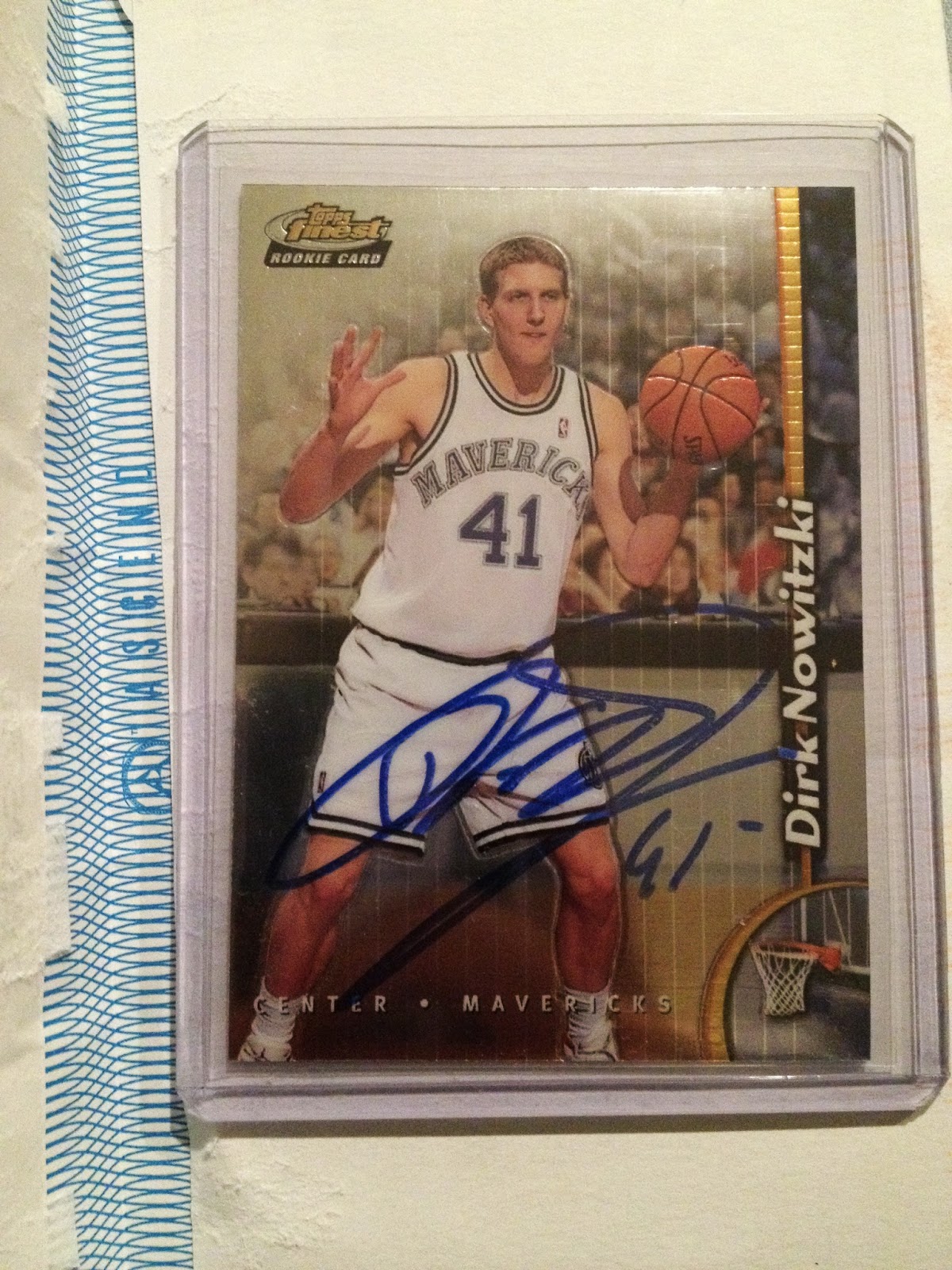 I had Dirk Nowitzki autograph his 1998 Topps Finest rookie card. He got it back to me in only a few weeks and it came out great. I was little worried since it's a chrome that it would bubble but it came out perfectly.
Posted by RJ at 6:32 PM