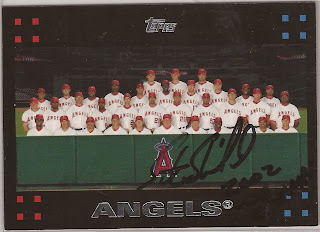 I was able to get this Scot Shields autograph through the Angels 50th Anniversary celebration and he was nice enough to sign this Topps 2007 Angels Team Card for me with a "2002 WS Champs" inscription.
Posted by RJ at 1:02 AM