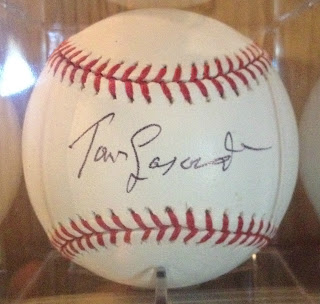 I was able to get Tommy Lasorda's autograph on my baseball in person at Angel stadium when he was in attendance to watch his Dodgers play the Angels during the 2012 season.
Posted by RJ at 5:21 PM