This was a great year for graphing and here are some of my favorite pieces I was able to get and why.

After trying to get him for two years I was finally able to get Albert Pujols' autograph on a photo I took of him at the press conference introducing him to the Angels. It may not be the nicest of signatures, or remotely legible, but I was able to put the future Hall of Famer and former MVP in my collection. 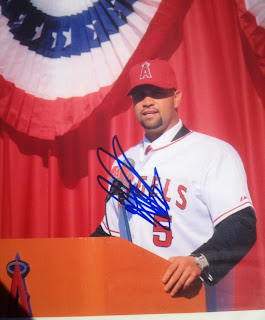 One of my favorite players Justin Masterson was named to his first All Star game so I immediately picked up a jersey to add to my collection. I've had a nice few encounters with the fan friendly All Star pitcher, and was really happy when he autographed and inscribed the All Star jersey I picked up of him. 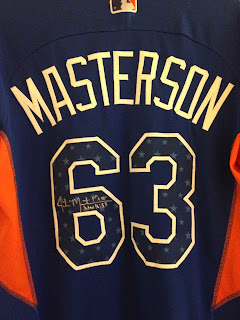 Dustin Pedroia autographed the jersey I've had for a few years and it's definitely one of my favorite all time pieces. Not only is Pedroia one of my favorite players but putting another piece in the collection for a jersey I picked up extra shifts in college to purchase is personally rewarding. 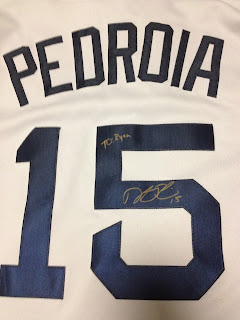 Future NHL Hall of Famer Teemu Selanne was one of my first hockey autographs and he signed this puck. It definitely makes the yearly highlight since it's the hockey legend's farewell tour before he retires. 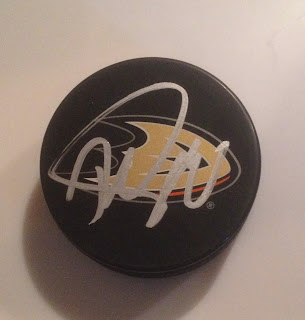 I did really well this year adding to my UFC autograph collection, and I was able to add future UFC Hall of Famer and legend Georges St-Pierre's autograph on this 8x10 photograph. Considering he's such a big draw he'd fight in Vegas or Canada getting him at the UFC World Media Tour was really one of my few options to add him to my collection. 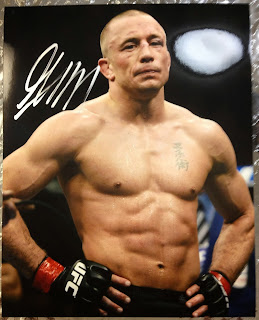 NBA superstar Blake Griffin autographed this Clippers jersey for me at a KIA appearance at the Los Angeles Auto Show. He's putting together another great season and hopefully the Clippers are able to make a long run with him at the forefront. 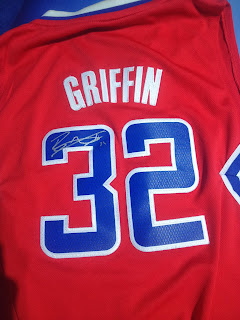 I added plenty of other autographs, interviews and stories this year but those are some of my favorite highlights. Of course getting Mariano Rivera, Dan Henderson and James Harden were also great autographs to pick up, but there's too many to post. I'm quite happy though that I was able to finish off the year branching off from just graphing with a great interview by Angels' pitcher Hector Santiago, a Grant Green interview and reviewing Jon Hart's book Man Versus ball.
Posted by RJ at 12:54 PM